The action sought to draw the attention of state parliamentarians to vote against reform. 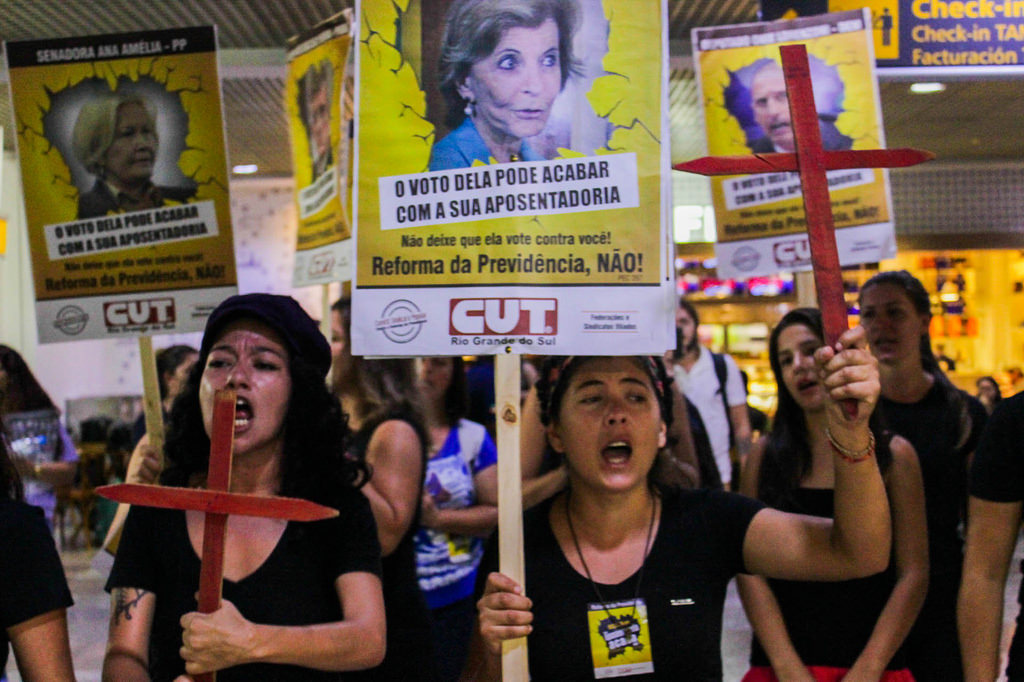 Around 100 women from the Via Campesina, the Central Única dos Trabalhadores (CUT) and the Popular Levante de Juventude [Popular Youth Rising] held a protest against the Social Security Reform of the government of Michel Temer (PMDB) at dawn on Tuesday, March 7. Salgado Filho International Airport, in Porto Alegre (RS).

The action took place at the boarding gates of the companies Latam and GOL and aimed to dialogue with the federal deputies and senators who support the Temer government and traveled to Brasilia today, so that they can take a stand and vote contrary to the Proposed Amendment to the Constitution (PEC) 287, which deals with social security reform. In protest, women also denounced the impacts of the approval of the SGP on the rights won over the years by the working class of the countryside and the city.

"We are mobilized to denounce the withdrawal of rights represented by this Pension Reform, because we understand that the population needs to be warned, and the deputies and senators pressured on their votes, so that they manifest themselves against or in favor of the working people "Explains Roberta Coimbra, who is based at the MST.

The protest was peaceful and counted on theatrical staging, banners, posters and distribution of pamphlets.