Need and Basis for Agrarian Reform 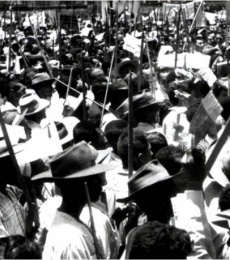 Rural/ urban migration in the early 1960s helped to fuel a land reform movement, the Ligas Camponesas (Peasant Leagued), led by Francisco Juliao. President Joao Goulart sided with the Ligas– and was deposed by a military coup. For 24 years, the military government largely pushed industrialization.

The military dictatorship in Brazil (1964-1985) brought profound changes to the country.  As a result of the rapid industrialization and mechanization of agriculture, millions of rural Brazilians moved to the urban areas. 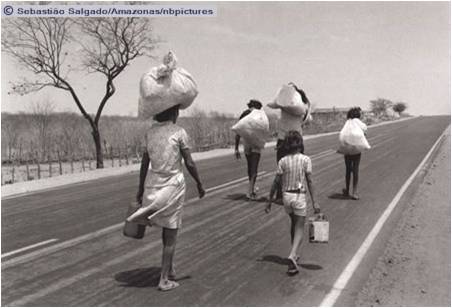 This resulted in Brazil being one of the most urbanized countries in the world:

According to Article 186 of the constitution, the social function is performed when rural property simultaneously meets the following requirements:

§  Rational and adequate use;

§  Adequate use of available natural resources and preservation of the environment;

§  Compliance with the provisions which regulate labor relations; and

§  Exploitation which favors the well-being of the owners and workers.

This article provides the basis for the MST’s program of agrarian reform.

Brazil has the second highest concentration of land ownership in the world.  This table shows that latifúndios (large estates – plantations) control 46% of the Brazilian land area.

§  10% of the population controls 75% of the national wealth