Manifesto of educators of the schools of settlements in Espirito Santo July 15, 2019 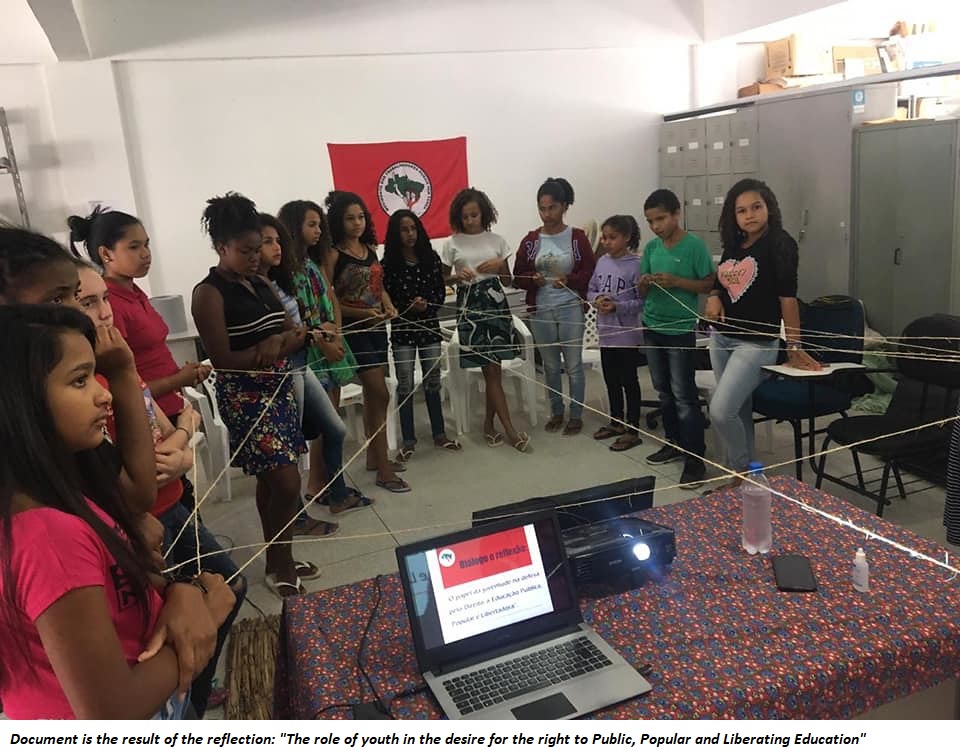 The MST held the 31st State Meeting of Educators of the Agrarian Reform Settlement Schools of Espírito Santo, held at the Center for Training of Family Agriculture in São Mateus, north of the state, on July 11, 12 and 13, 2019.

During the meeting, which debated the challenges, advances and perspectives in the construction of quality education in the countryside, the program counted with the participation of educators of the schools of settlements. On Friday (July 12), they met to discuss and reflect on "The role of youth in the desire for the right to Public, Popular and Liberating Education," with the afternoon full of reflections about the right to education.

I'll tell you the reason

Of a great occupation

We, educators and students present at the XXXI Meeting of the Educators of the Agrarian Reform Settlement Schools of the State of Espírito Santo, gathered from July 11 to 13, 2019 in São Mateus in Espírito Santo, represent all the students of the schools of state settlements. We met on July 12 to discuss and reflect on "The role of youth in the desire for the right to Public, Popular and Liberating Education".

We are children and adolescents, daughters and sons of the Landless families, we live in Agrarian Reform settlements. With our parents we occupy the land to have food, homes to live, places to play, study and be happy. In our schools we produce part of the food we consume, we learn ways of preserving the environment, taking care of the garbage, the risks of using agrochemicals, workshops, lectures, study visits, cultural and mystical activities and evenings, self-organization and study plan.

- To struggle against discrimination in the schools of the countryside and rural peoples;

- To struggle for the offer of secondary education in Settlement schools in the state of Espírito Santo;

- To struggle for access to higher education that contributes to the peoples of the countryside;

- To struggle for more investments in education, in the countryside and in the city;

- That guaranteed public, popular and liberating education for all children in Brazil.

- To struggle against agribusiness, which in addition to not producing food, pollutes our soil, air and water;

- To continue struggling and defending the Education of the Countryside and the MST in all the spaces that we are in;

- To struggle for future generations to have quality public education, with all the rights guaranteed;

- To struggle for other families to have access to land, thus having the creation of other settlement schools.