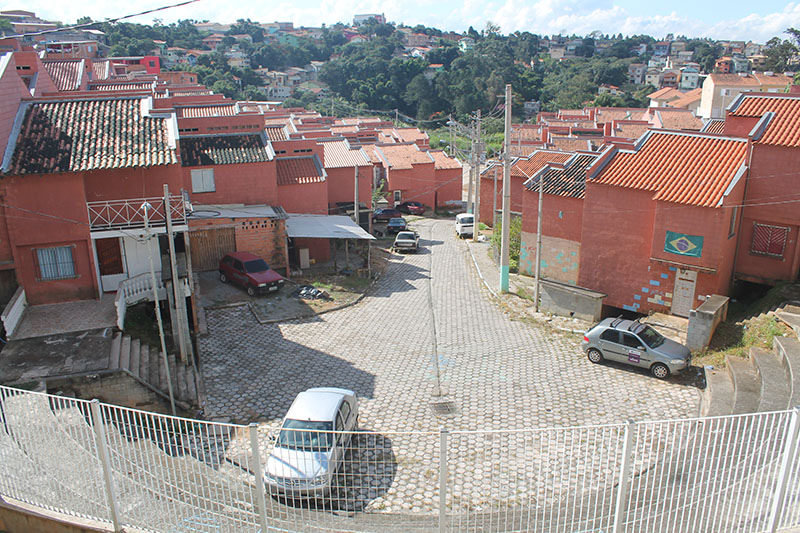 experiment in an urban area.

In the town of Jandira, an MST flag has been planted as a symbol of unification between the countryside and the city.

Within the town is a property which challenges the commercialization of collective achievement, and stands as a beacon of hope for one of the country's biggest social problems: a lack of housing.

The history behind Urban Commune, however, began 15 years ago, when 250 families occupied a floodplain that became known as Vila Esperanca, or Hope Village.

“The country's marginalized population is obliged to pin their hopes on all that they do on a daily basis, so that's why it's called Vila Esperanca”, explains Father Joao Carlos Pacchin, an Italian who has settled in Brazil and is a member of the Pastoral House, as well as the brains behind the Urban Commune housing project.

The flooded area, an abandoned terrain that belongs to the Paulista Metropolitan Trains Company (CPTM), suffered from constant flooding of the river Barueri Mirim. Despite this, the families insisted on staying put; they had nowhere else to go.

Four years of struggle and resistance had passed when the first eviction notice arrived.

It was at that point that the residents contacted the MST, who started to look for alternatives for the families.

Upon being confronted with an eviction notice, it became clear that the interest of the community was not to claim settlement under the Agrarian Reform. The Movement therefore decided that urban conflicts should be dealt with in the city itself, not outside it.

With the eviction process going ahead, and the immediate demolition of the shacks (in November 2005), some of the families agreed to stage a new occupation. This time however, the occupation was organized, not spontaneous.

The families occupied an abandoned building, which had over thirty years ago been designated to serve as the Seminary of the Salesian Fathers, but which was sold before completion due to a lack of financial resources.

“The MST's participation in the project was crucial in terms of organization. Were it not for this partnership, we would not have obtained a third of what we have here. Nowadays, the residents here see the MST as a movement of struggle, and they fly the flag of this struggle both inside and outside the Commune”, says resident Erica Aparecida, who is an MST member and coordinator of the school project developed in the Urban Commune.

The Commune is born

In 2008 the Dom Helder Camara Urban Commune was officially established. The space that was once the scene of agreements and disagreements between workers and precarious workers, became the first urban housing project linked to the MST.

The idea behind Urban Commune stemmed from that of the Land Commune, a resettlement proposal for large urban centres which aims to integrate infrastructure, access to information, agroecology and technology in the same space. 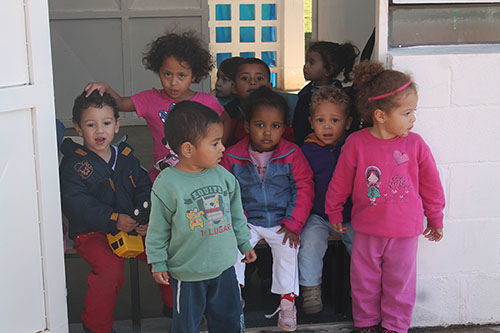 Children in the new community school


“The struggle between the countryside and the city makes us better understand the constant hardships faced by the landless and homeless population, who do not have the right to housing – one of the most basic human needs,” says Aparecida.

The choice of name was no accident. Dom Helder was born in Ceara state, and became an integralist in the 1930s, a vocation he soon abandoned. He subsequently became a tireless advocate for workers.

According to Father Jose Carlos, one of Helder's maxims – still repeated today at meetings and community assemblies – illustrates the progressive character of the project.

“‘When I give bread to the poor they call me a saint, when I ask about the causes of poverty, they call me a communist’”, says the priest. “He doesn't let us forget where we came from and what we want to achieve”, he adds.

Settled in the occupation, the residents managed to obtain a transfer of resources from the Ministry of Cities to buy land, and with that they established a housing project for the families.

A preliminary project was carried out by the city council in order to obtain funding. According to Father Jose Carlos, the initial project did not correspond with the needs of the occupation's residents.

Therefore, when some of the resources and the acquisition was already underway, the Sem Terra [Landless] of the city invited a collective of architects who specialize in grassroots projects to collaborate in the process.

Consolidation of the grassroots project

Guided by the experience of the Earth Communes concept, already laid out by the MST, the idea was to combine housing, a community garden and vegetable patch with agroecological bases, a day care centre, community bakery, a school with its own methods and pedagogical projects and an arena, all in the same space. 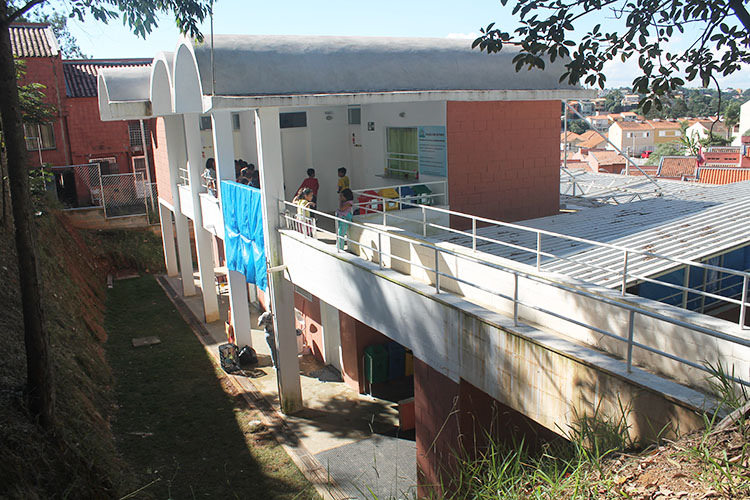 “Our idea was to cast the countryside and the city as protagonists in the construction and organization process of the struggle against this [country’s] social model”, says Aparecida.

“So we started construction. It was years of struggle before the first structures were ready. The whole process was helped by the participation of the residents. It wasn't easy, but we had a goal, and together, we managed to see it through”, says Father Jose Carlos.

10 years on the project is still going strong, with 128 houses, a kindergarten, a school and a nursery, which together serve more than 120 children aged 0-12 years, from both the Commune and the neighbourhood.

The children are provided with tutoring and I.T classes, as well as a playroom and integrative activities. Work on the community garden and library is being completed. The community bakery, an old project drawn up by the residents, should be ready later this year.

The Commune also has a space where educational circles for parents and families take place. The youngsters learn from a young age how to identify with the social environment in which they live. In doing so, they are taught to think about their reality in a critical manner, and prepare for the fight against social injustices that surround them.

“In a city like Sao Paulo, which has one of the largest housing deficits in the world, it's extremely gratifying to participate in the construction of a project that has been successful, and that could be the solution to one of our biggest problems”, says Aparecida.

Activities take place all year round, and the events that involve the Commune's residents and those from the Jandira region guarantee integration within the community. The august party, which brings together the region's residents and the Carnaval parade and which is promoted by the MST samba school ‘Unidos da Lona Preta’, is an example of this interaction.

Despite these successes, much remains to be done in the Commune. The area’s sewage system still requires improvements, and it was only recently that the water and electricity systems became regulated.

A number of the initial projects, such as the sewing workshop, a multi-purpose court, four commercial centres and an amphitheatre, still need to be finalized.

The fact is, surrounded by gated communities and embedded within a social production process, the Urban Commune presents itself as a way of rethinking the city.

The Commune's residents are challenging the State and provoking society to consider collective living and the creation of jobs and salaries within a residential space.

This initiative has therefore spawned a new concept of social production, and production of urban space, through the implementation and appropriation of the inhabited environment and the social space constructed within it.