Tens of thousands of Brazilians march to demand Bolsonaro’s impeachment 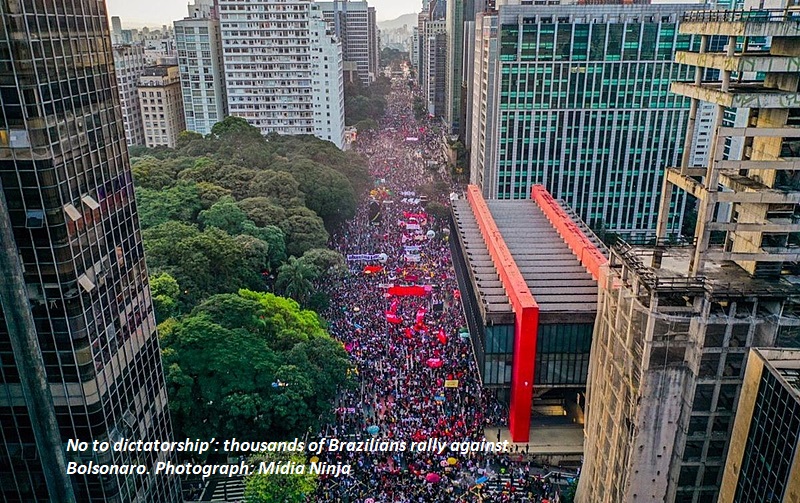 Tens of thousands of protesters have poured on to the streets of Brazil’s largest cities to demand the impeachment of President Jair Bolsonaro over his catastrophic response to a coronavirus pandemic that has claimed nearly half a million Brazilian lives.

“Today is a decisive milestone in the battle to defeat Bolsonaro’s genocidal administration,” said Silvia de Mendonça, 55, a civil rights activist from Brazil’s Unified Black Movement as she led a column of protesters through Rio’s dilapidated city centre.

Osvaldo Bazani da Silva, a 48-year-old hairdresser who lost his younger brother to Covid-19, said: “We can’t lose any more Brazilian lives. We need to hit the streets every single day until this government falls.” 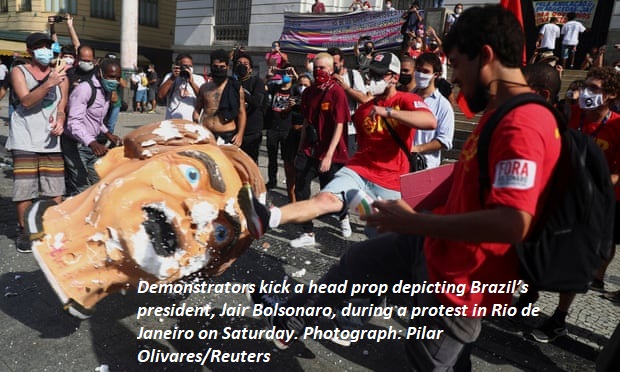 In Rio many marchers carried homemade placards remembering loved ones they have lost to an epidemic that has killed nearly 460,000 Brazilians, the world’s second largest official death toll after the US. “I’m here in his memory,” said Luiz Dantas, 18, clutching a photograph of his grandfather, Sebastião, who died in February aged 75.Advertisement

“The culprit has a first and a second name,” Dantas claimed, in reference to his country’s far-right president who has repeatedly trivialised the coronavirus as a “little flu” and sabotaged containment efforts such as social distancing or lockdowns. 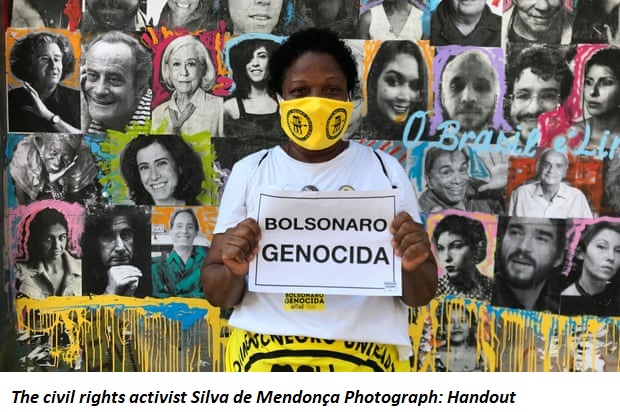 “I want justice,” the teenager added, shedding tears as he spoke.

Irene Grether, a 69-year-old psychoanalyst who was also at the demo, said two relatives had died as a result of her government’s inaction. “This government is more dangerous than the virus,” she said as thousands of protesters gathered near a statue remembering the anti-slavery resistance leader Zumbi dos Palmares. 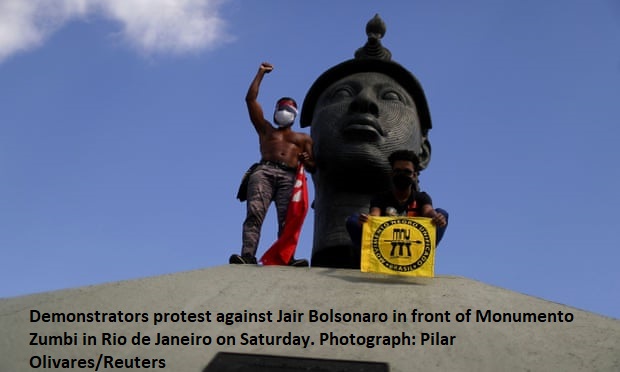 Grether’s niece, a 46-year-old economist called Ana Paula Carvalho said she believed Bolsonaro should be brought before the international criminal court in The Hague “for crimes against the Brazilian people”. “He fosters death and destruction,” she said. “Bolsonaro is a Brazilian tragedy.”

Bolsonaro has defended his response to the pandemic, claiming his dogged opposition to lockdown is designed to project Brazilian livelihoods and jobs. But Carvalho said that by allowing the uncontrolled spread of the virus – and failing to acquire sufficient vaccines – Bolsonaro had destroyed the economy, as well as lives. “Today the Brazilian people have a choice between dying from the virus or of hunger,” she said.

Saturday’s demonstrations – which also took place in major cities including São Paulo, Belo Horizonte, Recife and the capital Brasília, as well as scores of smaller towns – come with Bolsonaro at arguably his lowest ebb since he took office in January 2019.

Polls suggest growing anger at the rightwing populist’s handling of Covid, with 57% of the population now backing his impeachment. A congressional inquiry is currently dissecting Bolsonaro’s calamitous response to the public health crisis with damaging revelations about his government’s conduct being broadcast each night on the news.

Bolsonaro appears particularly rattled by the reemergence of his political rival Luiz Inácio Lula da Silva, the former leftist president who looks poised to challenge him for the presidency in next year’s election. In a recent interview with the Guardian Lula, whose political rights were recently restored, said he had no doubt the Brazilian people would “free themselves” from Bolsonaro in 2022. “He could have avoided half of these deaths,” Lula said of Bolsonaro’s reaction to Covid. 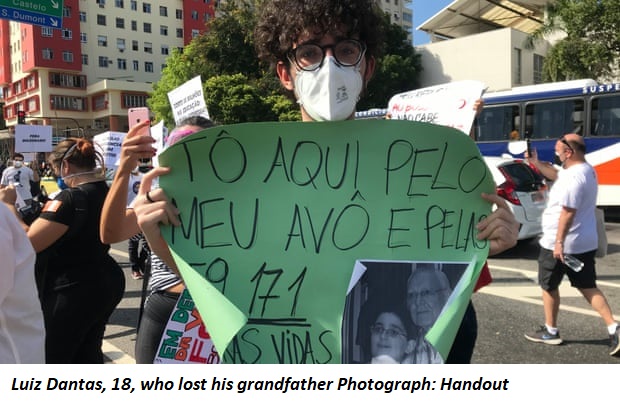 Roberto Anderson, 67-year-old university professor and environmentalist who was at Saturday’s march, said he felt encouraged by the large turnout that suggested the tide was finally turning against Brazil’s radical rightwing leader.

“People are waking up. Lots of people who voted for Bolsonaro are now wobbling … and the politicians who support him still are opportunists – the moment they see the people organising they will switch sides too,” Anderson claimed.