By 61 votes to 20, the Senate decided in favor of effectively separating Dilma Rousseff from her seat, 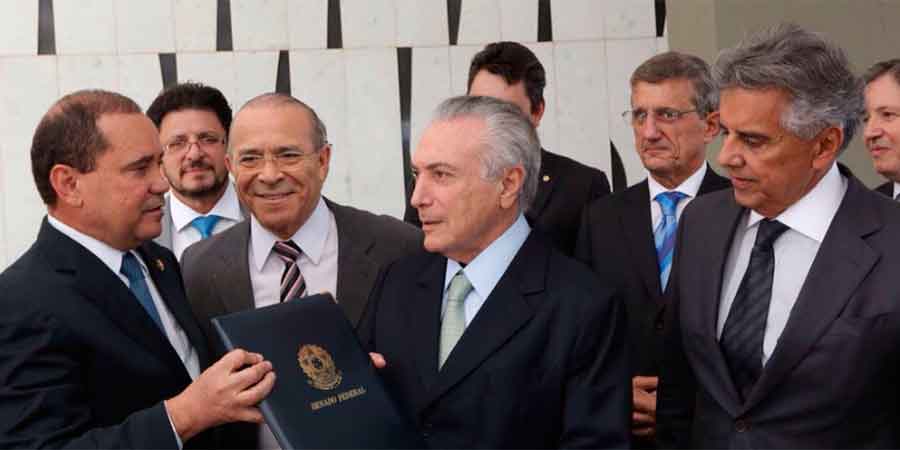 and the political crisis will only get worse with the new government.

In a voting that will infamously enter Brazil’s history as the one that gave a mortal blow to Brazil’s democracy, the Senate definitely removed Dilma Rousseff from the Presidential seat. As was expected, the result was 61 votes in favor and 20 against, Dilma lost her mandate due to accusations that were severely questioned by jurists and specialists.

Rousseff was accused of issuing three irregular budget decrees and delays in reviews to public banks. These practices are immensely common in Brazil, never before regarded as a problem as practically every previous President, and thousands of mayors, without distinction of party, acted in the same way.

Despite having lost her seat, Dilma was allowed to retain her political rights. Only 42 senators voted for her to lose her political rights for eight years after the date on which her mandate was supposed to end, and for her to be forbidden to exercise any form of public function during that period. With this result, Dilma exits the role of President, but will be able to exercise other functions, such as giving talks and consulting, which is what she said she would do.

Vice President Michel Temer, now President of Brazil, had abandoned the ranks of Dilma’s government nine months ago, and now his biggest ally is the Brazilian Social Democratic Party (PSDB), the right-wing party that lost the 2014 elections.

In a debate organized by Brasil de Fato last Monday (August 29), historian Joana Montaleone of the Federal University of São Paulo affirmed that a part of the Brazilian elite and the right-wing parties never accepted the fourth electoral triumph of the PT for the Presidential seat.

“They didn’t expect to lose. Once they lost, they immediately organized a Plan B. A month after the electoral result, some people were already demanding an impeachment. This was promoted by mass media. It was unacceptable for them to lose, because they feared they would also lose the next election. So they went for a Parliamentary coup,” Montaleone said.

Since Brazil recovered from the dictatorship and rebuilt its democratic system, in 1985, only two presidents elected through direct vote were able to finish their mandates: Lula da Silva and Fernando Henrique Cardoso. “The forces of economic power and mass media used to overthrow Dilma resemble the scenario of the 1964 coup”, Joana Montaleone added. “The role of businessmen in 1964 was blatantly obvious. [Today,] the influence of businessmen in Congress is achieved through money for electoral campaigns,” she added.

The world speaks of a coup

The impeachment of Dilma, who is considered by her allies and even by her opposition to be an honest woman, was questioned by international press this week. The article that The Washington Post published on the subject says that her political adversaries “came together to force Dilma out knowing this was unfair.”

In England, The Guardian spoke of the desire of the opposition to stop the Lava Jato investigation on cases of corruption in the national oil company Petrobras. In France, Le Monde said that this was a “premeditated coup.” In Argentina, Spain, Portugal, Russia and the Middle East, reactions were similar.

The problem of the coup

According to Luiz Carlos Bresser-Pereira, an economist, political analyst and former minister of Fernando Henrique Cardoso’s government, the Brazilian people and the political class will pay dearly for the destitution of Dilma Rousseff, which he calls a “juridic farce”. In a social media post, he warned about the setback that will be caused by the conservative agenda that Michel Temer promised to fulfill for the economic elites that helped him get to where he is now.

The government prepares to announce a plan of privatizations in the upcoming weeks, which will include, as Temer himself said “everything that can be sold,” especially companies of the power and infrastructure sectors.

Additionally, the Congress is already discussing a proposed Constitutional amendment that freezes the increases in public expenditures for 20 years. Given the inflation rate of the Real, this measure will effectively cause a drop in public resources for health, education, environment, basic sanitation, science, technology and more. On the other hand, this amendment doesn’t restrict the payment of interests of the public debt to bankers and shareholders.

Another project that is due for this year is the reform of social security, which could raise the minimum retirement age and eliminate the proportionality between minimum salary and retirement pensions. A change in labor legislation is also in the agenda, and it may restrict rights such as vacations, bonuses and limits on working hours.

Sociologist Eliana Graça predicts that the impeachment will worsen the political crisis of the country, precisely because the agenda of the new government was not elected by the polls. “They are all about worsening the crisis instead of solving it. Temer’s policies are so regressive and so neoliberal that they are not even endorsed by the IMF anymore,” she said.