Behind in the electoral polls, Bolsonaro tries to mobilize his base with a radical rhetoric 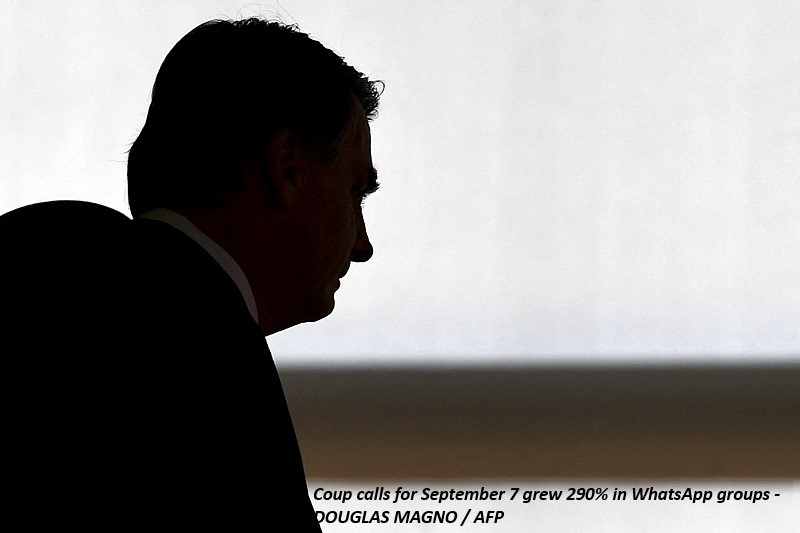 On September 7th, Brazil remembers 200 years of its independence. This year it is divided between those who prefer to highlight the fact that we freed ourselves from Portugal and those who don't let us forget that many colonial legacies remained. The fact is that we still have many challenges to establish a fair and democratic society.

Strongly influenced by the elections, the day is being treated by Bolsonaro supporters as an opportunity to show strength in the streets.

This year the world's attention is on Brazil due to the electoral scenario. After two and a half years in office of Michel Temer (MDB) and almost four years of the Bolsonaro (PL) government, the left has a real chance of returning to power with Luiz Inácio “Lula” da Silva. Opinion polls indicate that there is a real possibility that the PT candidate will be elected in the first round of the elections, which will take place on October 2; or at least that he will clinch a victory in the second round on October 31.

It would be the second time in the New Republic that a president is elected in the first round. The first was in 1998 with Fernando Henrique Cardoso. A victory in the first round could prevent Bolsonaro's growth in a possible second round.

This is not the first time Brazil’s Independence Day has been used by the current president and candidate for reelection. Last year, Bolsonaro participated in acts in Brasília and São Paulo, where he attacked the Supreme Court (STF) and said that the elections are a farce. "I will only leave (the presidency) in jail, dead, or with victory," Bolsonaro shouted at the occasion from the top of a sound truck.

Bolsonaro has called on his bases for "the last demonstration" in an attempt to convert conservative patriotic spirits into political mobilization with less than 30 days to go before the first round of elections. Businessmen and right-wing movements are financing the travel of Bolsonaro activists to Brasilia, Rio de Janeiro, and São Paulo for the September 7 demonstrations. According to Folha de S. Paulo, the trip is fully or partially funded, but the price is always below commercial rates.

According to political scientist Mara Telles, it is likely that Jair Bolsonaro will use the recent opinion polls as a basis for how radical his speech can, and should, be on September 7.

According to the IPEC poll of the 5th, the latest published in the country, Lula (PT) continues to lead with 44% of voting intentions. Bolsonaro appears in second place with 32%. Lula is technically tied with the sum of all the other candidates, within the margin of error (44% to 45%), which shows an indefiniteness regarding the holding of the second round.

"If the survey is evaluated as positive for him, it is possible that he will lower the degree of radicalization a little and not go for the all or nothing. If he expected a better result, he may radicalize, which is one of the president's characteristics," says Telles, who works at the Federal University of Minas Gerais (UFMG) and is president of the Brazilian Association of Electoral Researchers (Abrapel).

Bolsonaro tries to demonstrate political strength through military demonstrations. On September 7 he will count with the participation of the Army, Navy, and Air Force – also trying to create a political climate that will promote his discourse of contesting the electoral polls. With this, Bolsonaro inflates a coup discourse in his bases so that they will not accept the polls and a probable loss of the extreme right-wing leader in the polls.