The day mobilized 30,000 people in 14 states plus the Federal District, with land occupations, public buildings and marches held by a broad unity of the movements of the countryside 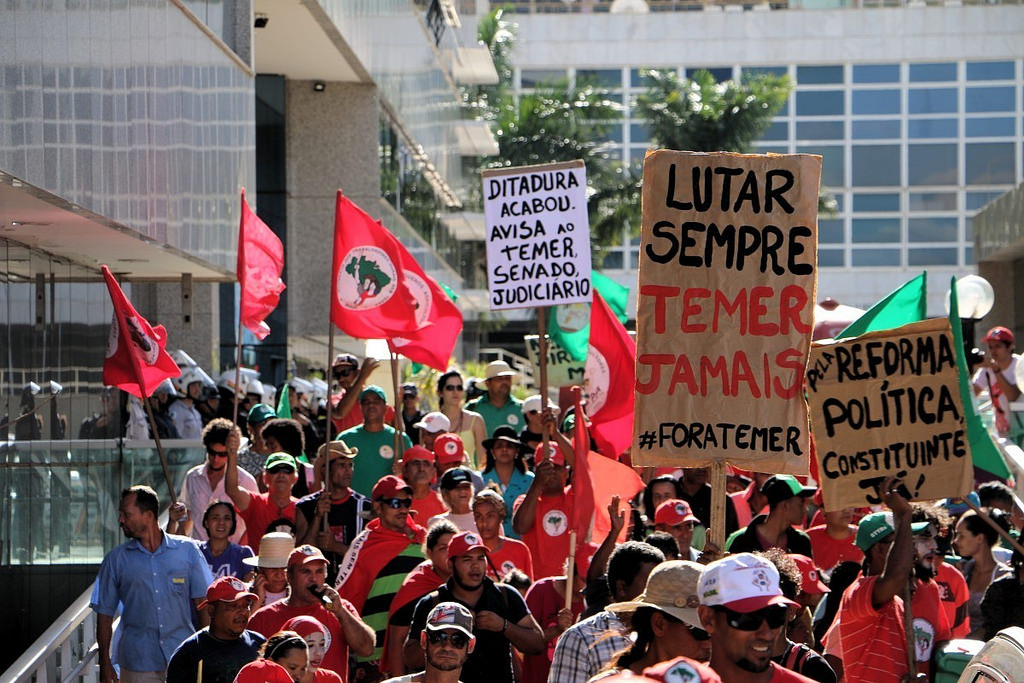 Day mobilized 30,000 people in 14 states plus the Federal District

With participation in 22nd Cry of the Excluded, the Unified Day of the People of the Countryside, Water and Forestry finished the activities of the unified encampment, held from September 5-7 in Brasilia. In all, the day mobilized 30,000 people in 14 states plus the Federal District, with occupations of land and public buildings and marches held by a broad unity of the popular movements of peasants.

"The situation of the threat to the rights of the peoples of the countryside, water and forests requires the construction of unity. All the achievements we get in the next period will be the esult of our unity. The order is follow mobilized until democracy is restored and guaranteed our rights, "says Alexandre Conceicao, a member of the Rural Workers Landless Movement.

According to Alessandra Lunas, the National Confederation of Agricultural Workers (CONTAG), the day of struggles was the beginning of the struggles that are yet to come. "We opened this encampment, showing the coupist government our unity and our ability to fight

nderson Amaro, from the national coordination of the Movement of Small Farmers, the day reinforced the unity in the countryside, "the day was essential to set the tone to the government that they will face. The unity is fundamental to make a front to show the loss of rights we are suffering. Only a solid coordination will bar this" emphasized Amaro.
The agrarian question is the main agenda of social movements that act in unity. Among the

claims, is the immediate settlement of over 120,000 families camped across the country, the repeal of the law that allows the indiscriminate sale of land to foreigners, the defense of the production of healthy food and transition to policies of agroecology.

"The government shows no intention of strengthening of family and peasant farming, as well as land reform. This points to the need for the next days of struggle to continue mobilize, firm, and imbued with a lot of grit and determination, so that we can effectively make sure that our demands are met," said Mark Rochinski, general coordinator of Fetraf Brazil.

Another point deals with the development and infrastructure in the countryside, such as strengthening structural programs, technical assistance and other programs that guarantee the production of family and peasant farming. 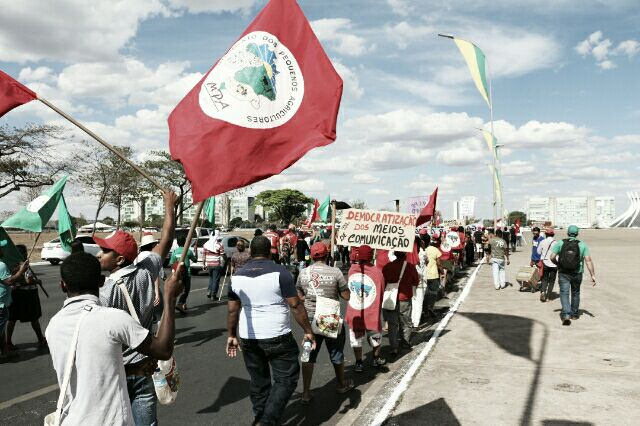 Peasants march in Brasilia towards the Ministry of cities.
Photo: Bruno Pilon

he organizations also denounced the threat to social security and labor rights, the criminalization of social movements and especially the blow to democracy after the violation of the Brazilian Constitution by the National Congress and by country’s economic and political elite that led Michel Temer to the Presidency .

After the unified encampment in Brasilia, many states followed by deploying throughout the country. According to Kelli Mafort, of the MST national direction, the central agenda of claims remains the settlement of 120 thousand families camped across the country.

Mafort also stresses another agenda of struggle that is the access to the infrastructure in existing settlements.

"Our families are abandoned without infrastructure. The Multi-Year Plan (PPA) is completely stopped. There is also the civil action you want to delegitimize the struggle of families in encampments. Moreover, the de facto government of Michel Temer imposes the agenda of withdrawal rights of the peoples of the countryside. When we left the streets, under the tear gas bombs and police repression, we are fighting for our rights and resisting against the dictatorship imposed by this coup government," says Kelli.

See the overview of actions in Brazil: 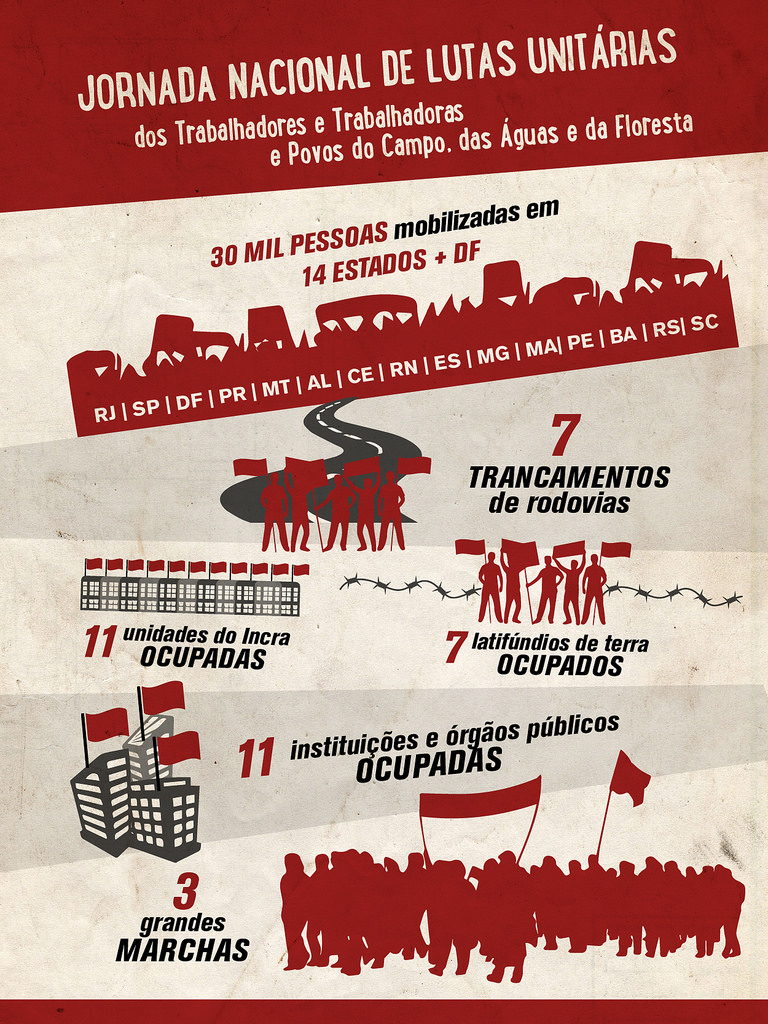 Bahia, Rio Grande do Norte, Alagoas, São Paulo and Minas Gerais following occupations in Incra. In the Ceará, workers occupied on the morning of Thursday (8) North Limoeiro Prefecture in Pernambuco were also conducted locking highways in the state.