International delegates pointed out that they were impressed with the level of organization of the MST, the cohesion among the activists and the capacity to unite the struggle with art and poetry

In addition to the massive participation of 3,500 women in the MST, who came from all regions of Brazil, the first National Meeting of Landless Women of the MST brought together a delegation of international organizations, with more than 30 women from 14 countries.

The largest delegations present were those from South America and the Caribbean (Argentina, Ecuador, Venezuela, Puerto Rico, Chile, Uruguay), but women from the United States also participated. Delegates from South Africa, France, Canada, Sweden and Spain were also present.

In all, representatives from four continents attended the meeting, from peasant and agroecology organizations, as well as grassroots organizations, feminist networks, political parties and committees of friends of the MST. 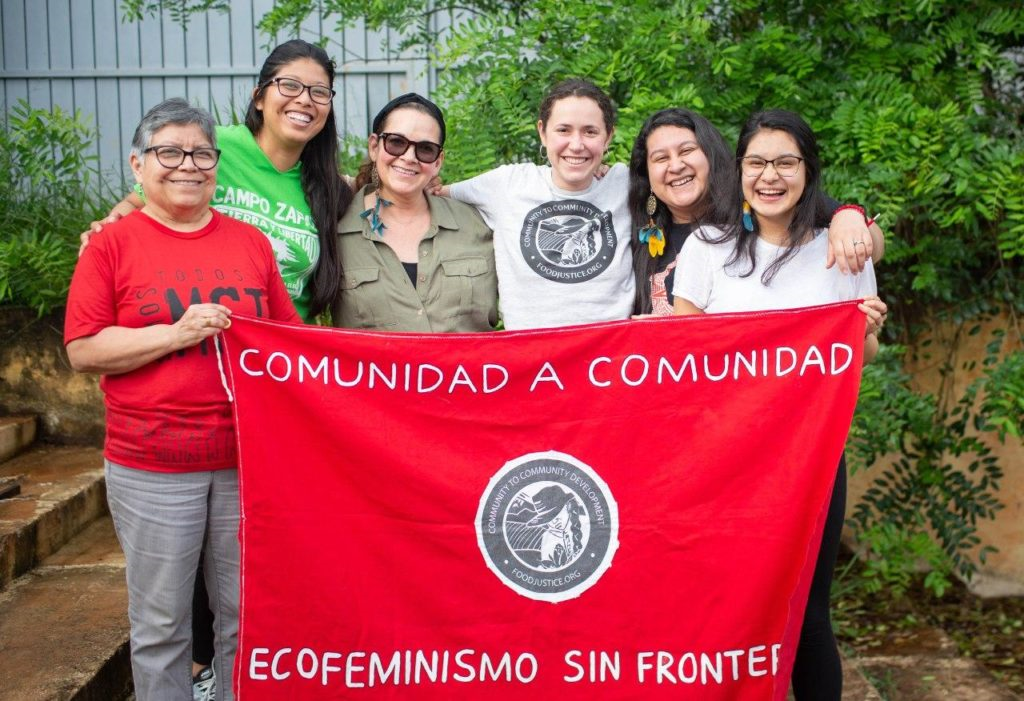 “The MST has internationalism in its fundamental principles. We are clear that the construction of socialism can only happen by bringing international forces together”, emphasizes Cassia Bechara, a member of the national leadership of the MST who is responsible for the collective of international relations. She coordinated the delegation and explained how the presence of these leaders was important to provide coexistence and strengthen the struggle between these women. “This strengthens all of us, our movement as well as these sister organizations. It strengthens the internationalist feeling of unity of the working class. We working women as a class, regardless of where we live and our cultural differences, have elements that unite us deeply as women and as workers,” said Cassia. 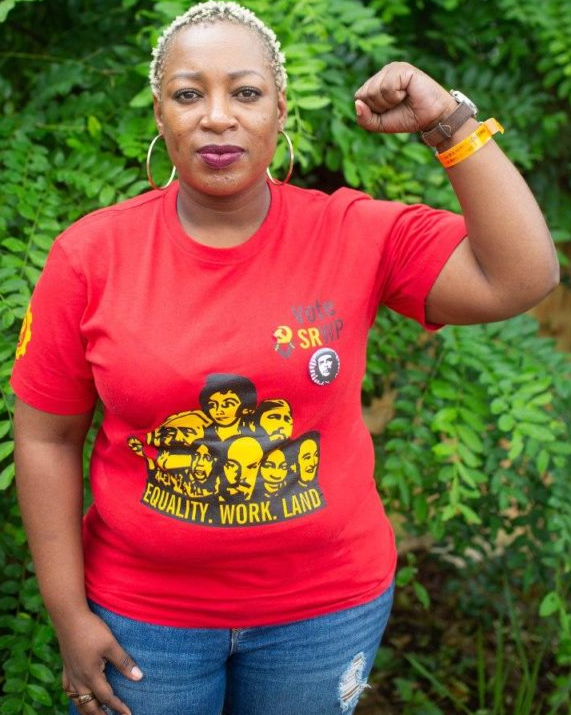 The presence of Botho Portia Bopalamo, a member of the national leadership of the Revolutionary Socialist Party of South African Workers (SRWP) is proof of this. The launch of the new party took place in April 2019, with the participation of Brazilian political representatives from people’s organizations. With the motto “Equality, work and land”, the party also monitors the activities of the International Peoples Assembly.

This mutual strengthening between organizations from different continents is also important for the representative of the Puerto Rican organization Boricuá, Magha Garicia Medina, who has been defending ecological agriculture for 30 years. One of her group’s main struggles is to denounce the criminal practices of multinationals such as Monsanto in the privatization of seeds, the use of pesticides and pharmaceutical experiments. 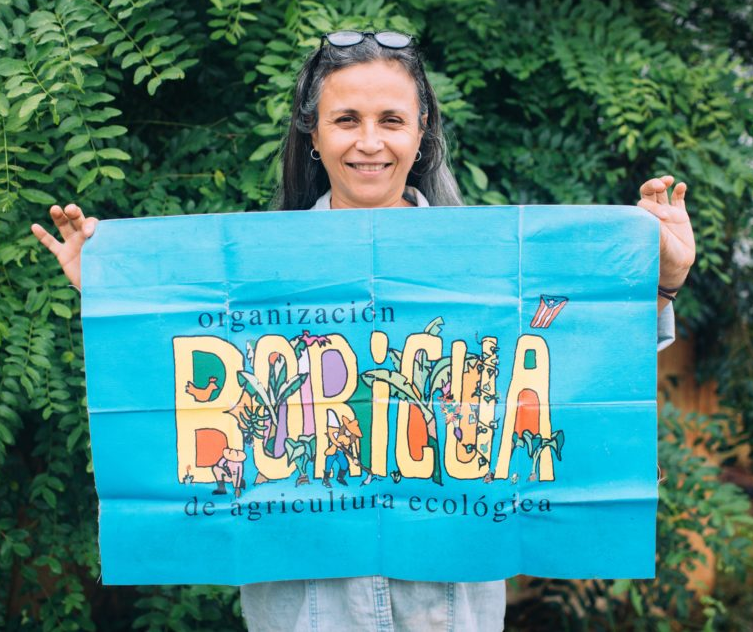 Puerto Rico, where Magda lives, is one of the last colonies on the continent. After getting rid of the Spanish occupation it became a colony of the United States since 1898 and has no political or economic autonomy, living under full control of the United States.

Since 2013, Boricua has been a member of CLOC - Via Campesina, the Latin American coordinator of rural organizations that brings together 84 organizations from 18 countries in South America and the Caribbean. For Magha “CLOC's continental actions helped us put Puerto Rico on the map. We still suffer from state colonialism and our independence, which we still do not have, passes through popular organization in defense of food sovereignty and land ownership”. In addition to support for Puerto Rico, the Meeting underscored its solidarity with the Bolivarian Revolution in Venezuela and the resistance of the people of Palestine.

From this internationalism, seeds are also born in other continents. One is the seed that the American Rosalinda Guillen planted almost 20 years ago, when she returned from an activity on peasant issues at the World Social Forum in Porto Alegre, in 2001.

The experiences lived alongside the MST and other Brazilian peasant organizations during this trip led her to create the Community to Community (C2C) in Washington state, which organizes peasant movements in defense of their rights on agrarian issues, which is part of the class struggle. It also focuses on racial, gender and xenophobia discrimination, involving rural workers. “Understanding the participatory processes in Brazil, the groundwork methodologies that the MST uses to strengthen the performance of the leaders, starting from the community itself, was inspiring for me”, says Rosalinda, who this time brought a good part of the members of her organization to experience the meeting of women from the MST.

Like Rosalinda, most international delegates stressed how impressed they were by the level of organization of the MST, the cohesion among the activists and their ability to unite the struggle with art and poetry.

Feminist internationalism
More than anything, feminism has internationalism at its core. Even with different levels of oppression, patriarchy and capitalism oppress working women in all countries. “Being together to debate, to exchange experiences, to talk about our limits and challenges as women fighters is fundamental. The conception of peasant and popular feminism is a construction of CLOC-Via Campesina and is inherently international”, says Cassia. 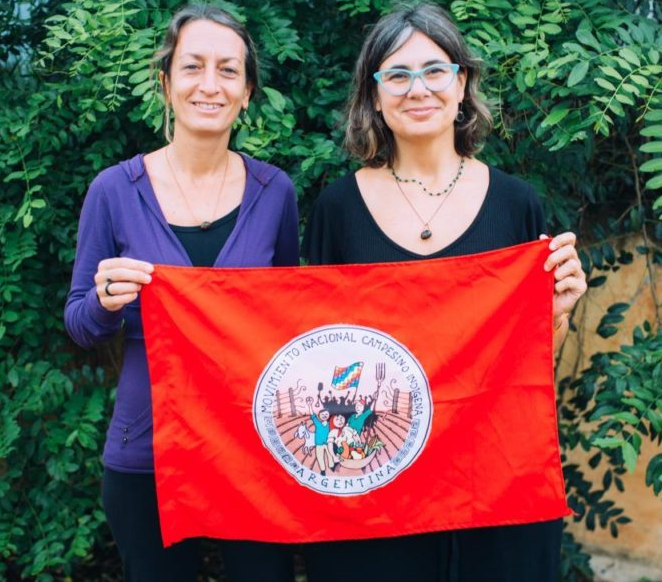 All of this is also very strong for Rosario Vega and Mariana Díaz Valentín, both members of the national feminist collective of MNCI-Somos Tierra in Argentina, the national movement Campesino Indígena - Somos Tierra is also part of CLOC and Via Campesina.

“We understand feminism as something that cuts across our organization as a whole. It is not restricted to women. We have to jointly discuss the issues of patriarchy, issues of sexuality, work and also health, among other things”, according to Rosario and Mariana, who were excited and happy to have participated in the meeting.

They also took the opportunity to extend an invitation to the next meeting of peasant women that MNCI-Somos Tierra will organize in Argentina in a few months. And thus with so much international solidarity and determination, the wave of feminism grows on all continents.