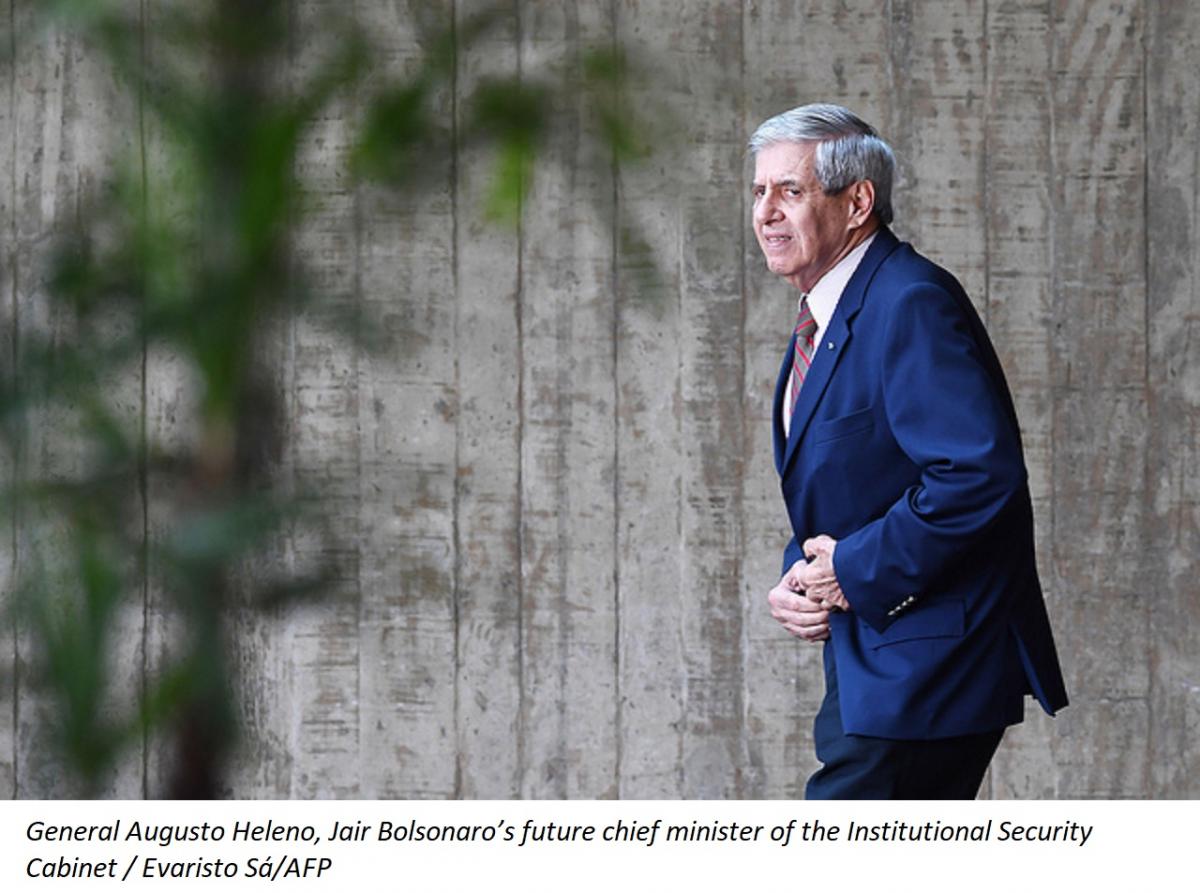 There are approximately 20,000 indigenous people of the ethnic groups Macuxi, Uapixana, Ingaricó, Taurepangue, and Patamonas living in the indigenous land Raposa Serra do Sol, North of Brazil. The reserve was first established in 1993 by the country’s National Indian Foundation (Funai) during the Fernando Henrique Cardoso administration, and officially ratified in 2005 by former president Luiz Inácio Lula da Silva.

The Raposa Serra do Sol is an area of roughly 1.7 million hectares (4.2 million acres) in northeastern Roraima, a Brazilian state on the border with two neighboring countries: Guyana and Venezuela. Land conflicts opposing indigenous peoples and big farmers and rice producers, who illegally took over parts of the reserve, have reportedly happened in the area over the course of many years.

In 2009, Brazil’s Supreme Court backed the full demarcation of the reserve and ordered that rice producers and all non-indigenous residents vacate the area. In 2013, the top court ruled once again in favor of the original criteria used to demarcate the Raposa Serra do Sol Indigenous Land.

This week, the far-right president-elect Jair Bolsonaro said the land should be exploited. “It’s the richest area in the world. You can explore it rationally. On the Indians’ side, paying them royalties and integrating them with society,” Bolsonaro said after attending an event in Rio de Janeiro.

This is not the first time Jair Bolsonaro expresses his intention to allow exploiting niobium in areas in the reserve. “I dream that, maybe one day, we’ll have the Niobium Valley,” said the president-elect in a video posted online.

Another name in Jair Bolsonaro’s administration is also personally interested in challenging the demarcation of the Raposa Serra do Sol Indigenous Land – the future chief minister of the Institutional Security Cabinet (GSI), general Augusto Heleno.

According to Brasil de Fato’s sources, during the process of demarcation of the Raposa Serra do Sol land, Heleno made comments against Lula administration’s indigenous policies, and received a “punishment,” being transferred to a desk job in the Armed Forces until he eventually retired to the Reserve. The punishment would have inflamed the general’s anti-Workers’ Party sentiment.

Also according to sources, one of the arguments used by Heleno to oppose the demarcation at the time was that it would be the “first step” to create an “autonomous state” on the northern border of Brazil.

In an interview granted to journalist Bernardo Mello Franco with the newspaper O Globo this week, the retired justice of Brazil’s Supreme Court Carlos Ayres Britto said the argument is reasonless. “Indigenous lands belong to the federal government. What is the risk to national sovereignty? None.”

The world’s largest deposit of niobium is located in the city of Araxá, Brazil. It has been mined for more than 50 years by the Companhia Brasileira de Metalurgia e Mineração (CBMM). The company alone supplies niobium to around 75 percent of the global market, producing 70,000 tons a year at 40 dollars per kilogram.

According to the journalist and environmental manager André Trigueiro, estimating a 4-percent economic growth rate a year, “those deposits could supply the market for the next 400 years.”

A report published by newspaper Valor Econômico showed the president-elect’s team is planning a decree to challenge the current terms that protect Raposa Serra do Sol. 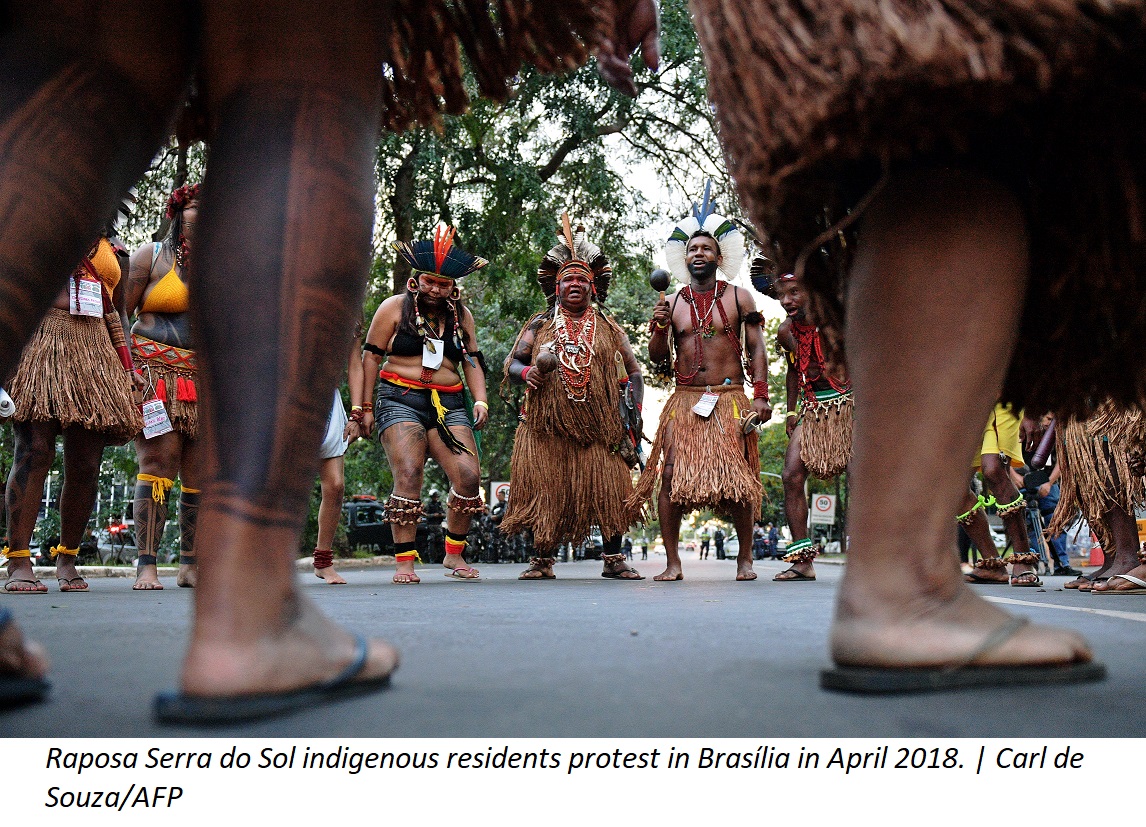 Ayres Britto, who was the chief justice of the Supreme Court when the top court first reviewed the case of the demarcation of the Raposa Serra do Sol Indigenous Land in 2009, said Jair Bolsonaro cannot change the boundaries of the territory because the matter is now final and unappealable.

“It was a historic decision,” he said of the 2009 Supreme Court ruling, and for the indigenous residents fighting for their territory, “a conferred right.”

According to the retired justice, there is no reason that could lead Brazil’s top court to reinterpret a decision that was made to “reconcile indigenous peoples’ interests with national interests.”

Ayres Britto criticized the president-elect’s remarks about “integrating” indigenous people with society. He also argued that the State cannot “reverse the payment” of a historic debt once it has paid it and “become a debtor again.”