The New Rural Code - The Forest Has Nothing 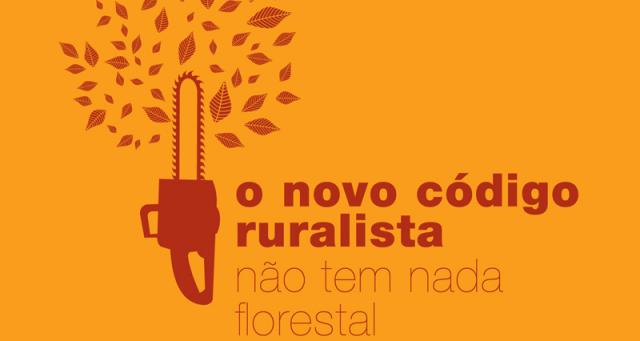 Obituary: it died on the night of Tuesday, 12/6/11, the victim of being run-over multiple times by  Congress. The body will spend the summer in the morgue, as some propose its dismemberment before the ceremony in the Planalto. Cruelty can only be avoided if deputies and senators forged in the struggle for democratization take advantage of the recess to ponder three questions.

The code that is to be revoked matured in 15 years of democratic deliberations. It began to develop on January 2, 1950, when the "Project Daniel de Carvalho" was submitted to Congress by presidential message of Eurico Gaspar Dutra. This resulted in the federal law "New Forestry Code" (NCF), only promulgated on 15 September 1965, now by Castello Branco, in a situation that Elio Gaspari so characterized as the "Ashamed Dictatorship" (Companhia Das Letras, 2002). This was before the Institutional Act No. 2  dissolved the parties, made indirect the selection of the president and moved the judgment of political crimes to the military court.

This clarification is crucial to disprove the repetitive crusade groups more interested in relaxation of agro-environmental conservation regulations. Unfortunately, this is also true  for uninformed supporters also mobilizing to alert public opinion to the injustices and setbacks contained in the House bill (PLC 30) and Senate (Substitute 1358). The NCF was not "work of the military." Asserting this sullies the memory of the struggles for democracy.

The work of the military was reversed. For 27 years, deforestation of areas aimed at permanent preservation, as well as sabotage of other devices to protect these "goods of common interest to all inhabitants of the country" was promoted. Not only in the two decades of dictatorship  were the forests "wide open, "beleaguered" and "beaten" (1965-1985), nut also in the tragicomic seven years of Carney and Color (1985-1992). The safeguards of Article 225 of the 1988 Constitution could only take effect ten years later, with the Environmental Crimes Law, also scrutinized by Congress between 1992 and 1998.

The main political consequence of this institutional history is admission of amnesty for those agricultural products which - until 1998 -  having breached the NCF were officially used to remove native vegetation from sensitive areas. The corollary is that amnesty is nothing but a clumsy pardon, pardon to any clearing done without a license since 1999.

By failing to establish such a distinction, PLC and Substitute treat like peas in a pod two opposing realities: rural legitimately "consolidated" by hard and careful work of dedicated agricultural producers versus disguised pasture for land speculation. The predator bet that they could leverage 80% of the areas of permanent preservation, a deficit missing 44 of the 55 million hectares (MHz). [Ed. Note:  1 hectare equals approximately 2.5 acres.]

That alone explains the illusion that the cattle raising occupies an area3.5 times greater than the total area of cultivation. Most of the 211 million hectares of pastures is seen as facing a gigantic stock  of property that has nothing to do with productive activities ("extraordinary" profit in economics). The main winners will be those in control if the NCF is revoked by order similar to the PLC or Substitute in the Senate.

In addition to reprieve for the criminal ravages of the last 13 years, and to reward land speculators disguised as farmers, these two projects embody a third atrocity: to grant all of the land area of ​​up to four fiscal modules [Ed. Note: one land module is the minimum size needed for a family to subsist and progress economically], for alleged sympathy, to agricultural entrepreneurs of small/medium size. Then you take advantage of the prevailing confusion between two legal categories: real estate and businesses. One thing is for property/ possessions outside the urban area ("rural property"). Another project is agricultural, livestock and/or forestry ("agricultural business"). Not all real estate is home to productive business.

The gap between the area occupied by rural property of up to 4 fiscal modules (136 million hectares) and family farms (80 million hectares) affects 56 million hectares. This gap corresponds to 544 000 properties, whose average size is, therefore, 103 hectares. Most do not enter the agricultural census for the simple fact that  land without productive activity is not relevant. It is the slice of the real estate speculation directed to the market of the small and recreational farms turbocharged by the emergent urban families. In this case, solidarity with the family farmers only serves as a pretext to satisfy other occupants of the upstairs with release from conservation practices

This is, in short, the political economy of revocation of the NCF, a covenant of the more tropical plantation with the bucolic urban elites. An alliance that has already demonstrated immense strength in parliament. Especially because it had appalling accession of the PT [Workers Party], in the wake of quaint protector of the environment.

* José Eli da Veiga is a professor of graduate programs at the Institute of International Relations of the USP (IRI / USP) and the Institute for Ecological Research (IPE).