Murders in the countryside are at the highest level since 2003

Today the Pastoral Commission on Land (Comissão Pastoral da Terra, CPT ) is publishing data about rural conflicts in Brazil in the year 2017. 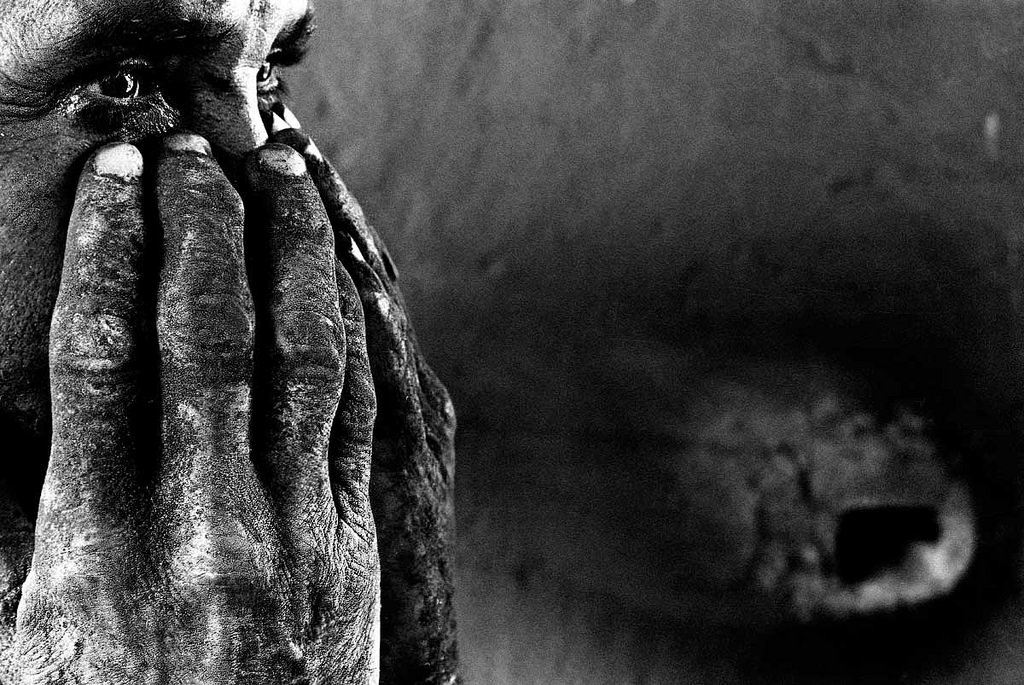 The Pastoral Commission on Land released today their report on murders in the countryside in Brazil in 2017 - the highest number since 2003. The CPT also reports hacking attacks it has suffered in the last year, probably as part of the intensified process of criminalization of social organizations which made it impossible to finish and launch its annual report, "Rural Conflicts in Brazil".

Even with the delay in publication, today the CPT released its report on rural conflicts in 2017. Once again this type of violence broke a record; there were 70 murders, the most since 2003 (see the table here). This was an increase of 15% higher than 2016. Among these deaths, we highlight four massacres in the states of Bahia, Mato Grosso, Pará and Rondônia.

We also highlight the suspicion that there has been another massacre of isolated Indians, known as "archival Indians", from the Javari Valley, in Amazonas, between July and August 2017. More than 10 victims were reported.

However, since the Federal Public Prosecutor's Office in Amazonas and the National Indian Foundation (FUNAI) did not reach a consensus, and given the limited information available to the CPT, since they were isolated peoples, the case was not included in the list presented here (Check here the policy and rules of use of CPT data).

The CPT points out, however, that in addition to the murder data contained in this report, there are many others that occur in the immensity of this country and they are only recorded in the pain of families. "The CPT report contains only a sample of the conflicts in Brazil," said Dom Tomás Balduino, bishop emeritus of Goiás (GO) and one of the founders of the CPT.

The killings of rural workers and landless workers, indigenous people, quilombolas, squatters, fishermen, settlers, among others, grew sharply after 2015. The state of Pará leads the ranking of 2017 with 21 people murdered, 10 in the Massacre of Pau D'Arco; followed by the state of Rondônia, with 17, and Bahia, with 10 murders. 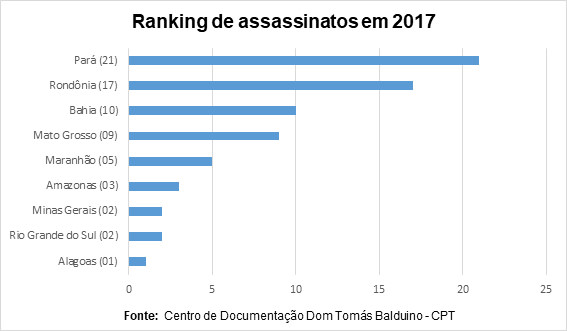 Of the 70 murders in 2017, 28 occurred in massacres, which corresponds to 40% of the total. In August 2017, the CPT launched a special web page on the recorded massacres in the countryside from 1985 to 2017. There were 46 massacres with 220 casualties over those 32 years. On the website it is possible to review the history and images of the cases. The state of Pará also leads this ranking, with 26 massacres over those years, which victimized 125 people.

The CPT has been recording the data on rural conflicts systematically since 1985. Between 1985 and 2017, the CPT recorded 1,438 cases of rural conflict where there were 1,904 casualties. Of this total, only 113 were tried, which corresponds to 8% of the cases, in which 31 convicted murderers and 94 executioners were convicted. This shows how impunity is still one of the main pillars of violence in the countryside.

In those 32 years, there were 658 cases with 970 victims in the North. Pará is the leading state in the region and the rest of the country, with 466 cases and 702 victims. Maranhão comes second with 168 victims in 157 cases. And the state of Rondônia in third, with 147 people murdered in 102 cases (Check the table here).

Starting in the second half of 2017, the CPT National Secretariat, located in Goiânia (GO), suffered consecutive hacking attacks, orchestrated and directed at strategic sectors, which required the operation of its servers to be limited in order to  keep the system secure. As a result it was more difficult to perform the Commission’s daily tasks.

The Dom Tomás Balduino Documentation Center, responsible for the cataloging and compilation of data on rural conflicts, was harmed, delaying the completion of annual report, "Rural Conflicts in Brazil", and making it impossible to launch it on the customary date, the week of April 17, International Day of Peasant Struggle, in memory of the landless rural workers murdered in Eldorado dos Carajás, Pará, in 1996.

These hacks can also be part of the attempts to criminalize organizations and social movements. The case was reported to the competent police authorities and is still under investigation.

In any case, the CPT deems it extremely important to denounce, albeit incompletely, some of the various forms of violence against the rural population in 2017 and to draw attention to the alarming data that we are now analyzing.

The report "Rural Conflicts in Brazil 2017" will soon be published in its entirety. The CPT takes this opportunity to reaffirm its commitment to the causes of the poor people of the countryside, and they will not be able to silence us!