Antônio Tavares was killed during the repression of a march for Agrarian Reform. On the occasion, another 185 rural workers were injured at the entrance to the capital of Paraná 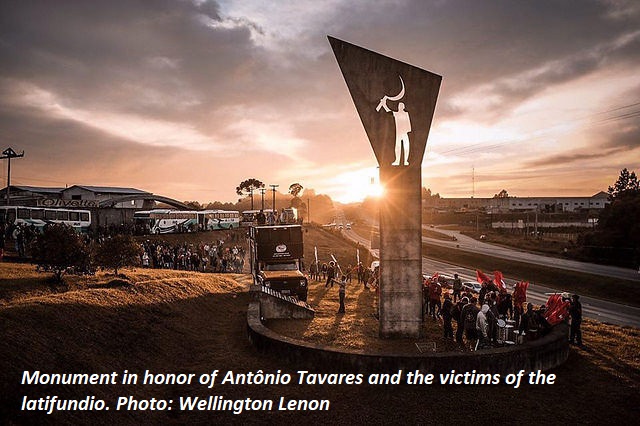 The Inter-American Commission on Human Rights (IACHR) presented to the Inter-American Court of Human Rights, an organization linked to the Organization of American States (OAS), the case “Antônio Tavares Pereira et. al. vs. Brazil,” on the murder of rural worker Antônio Tavares and the bodily injuries suffered by 185 peasants linked to the MST, by military police, on May 2, 2000, in Paraná. The episode is considered by the MST as “one of the most emblematic moments of the process of violence and criminalization in the struggle for land.” After almost 21 years of the crime, the presentation of the case to the Court results from the omission and non-responsibility of those involved in the death of the worker and massive repression by the State.

Since 2014, the petitioners originating the case, the Pastoral Land Commission (CPT), Global Justice, MST, the National Network of People’s Lawyers (RENAP) and Terra de Direitos, and the Brazilian State initiated negotiations to try to seek a friendly solution but they were all frustrated. For this reason, the petitioners requested the IACHR to take the case to the Court. Although the case did not occur during the administration of Jair Bolsonaro, it is up to the current administration to respond, as a State to the trial.

If convicted, it will be the third time that Brazil has been held responsible in the Inter-American Court for serious violations of human rights to members of the Paraná MST. The Brazilian state has already been convicted for the murder of rural worker Sétimo Garibaldi and for illegal telephone interceptions against associations of rural workers linked to the Landless Movement.

For our dead, not a minute's silence, but a lifetime of struggle

It was May 2, 2000, about 50 buses with landless rural workers were traveling in a caravan from the interior of Paraná to Curitiba, the state capital, to participate in the March for Agrarian Reform, organized by the MST, in commemoration of the Workers' Day. On BR 277, due to a blockade by the Military Police, passengers got off one of the buses to ask what was going on, when military police fired shots at the workers, killing Antônio Tavares and wounding 185 others. The Military Police acted as ordered by the state governor at the time, Jaime Lerner, without the support of any court order. 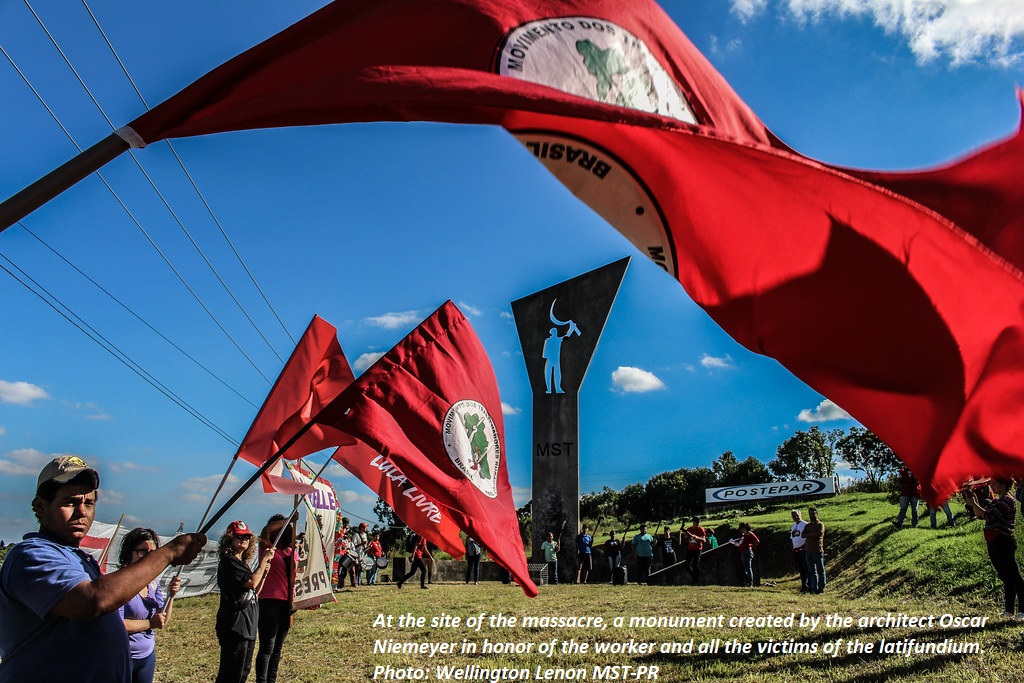 Antônio Tavares was 38 years old when he was murdered, leaving a wife and five children. He was settled on an agrarian reform settlement in the municipality of Candói (PR) and was part of the Union of Rural Workers of the city. The attack on the march was not an isolated case, it is inserted in a context of great repression to the social movements of struggle for the land in Paraná, endorsed by the then governor Jaime Lerner. Between 1994 and 2002 - Lerner's first and second terms - there were 502 arrests of rural workers, 324 bodily injuries, seven workers were victims of torture, 47 threatened with death, 31 attempted homicides, 16 murders, 134 violent evictions in Paraná.

In 2001, a year after the murder, a monument created by Brazilian architect Oscar Niemeyer was inaugurated at the scene of the crime, on the side of highway BR-277. The ten-meter-high work pays tribute to Antônio Tavares and all the victims of the latifundium (large land owners).

José Damasceno, of the state coordination of the MST, hopes that, in addition to the condemnation of the Brazilian state, the complaint in the Inter-American Court will help to base respect on society for social movements and democracy.

“This victory is an achievement, it relieves us, and gives us better conditions to discuss the violence that the Brazilian state has committed. It is important that the murder of Antônio Tavares and many other activists from popular movements throughout Brazil do not fall into oblivion and remain at the mercy of the policy adopted by the state, of covering up, of absolving, and maintaining the impunity of crimes. Impunity ends up encouraging more violence to arise,” he guarantees.

20 years of struggle for justice

The murder of Antônio Tavares and the bodily injuries suffered by the other victims remain unpunished. On May 4, 2000, a Military Police Inquiry (IPM) was initiated; the Military Public Ministry issued an opinion favorable to the military police on the filing of the case on October 9, 2000; and on October 10, 2000, the Military Judge ordered the case to be closed.

The State Prosecutor's Office, understanding that it was a willful homicide, therefore, under the jurisdiction of the state justice, offered a complaint against police officer Joel de Lima Santa Ana. However, the Court of Justice, through habeas corpus filed by the defendant, closed the  criminal proceeding with the argument that the case had already been closed by the Military Justice. The Attorney General's Office did not appeal this decision.

The coordinator of Global Justice, Sandra Carvalho, points out that “the arrival of the Antônio Tavares case to the Inter-American Court is a great opportunity to debate police violence in Brazil and the competence of the Military Justice to judge common crimes committed by military police on duty, as a rule, ensuring that these public agents are not held accountable.”

The Case was presented to the IACHR in 2004. In its Report on the Merits, issued in 2020, the Commission points out that the Brazilian State has not provided an explanation that would allow it to consider that the death of Antônio Tavares resulted from the legitimate use of force; on the contrary, it stressed that there is no controversy in three fundamental aspects: first, that the shot that caused the death came from a military policeman; second, that the aforementioned agent did not act in self-defense, but to scare the protesters; and that the shot was fired when the victim was unarmed.

Based on the facts, the IACHR concluded that the Brazilian state violated the rights enshrined in Articles 4.1 (right to life), 5.1 (personal integrity), 13 (freedom of thought and expression), 15 (right of assembly), 22 (right to movement and residence), 8.1 (judicial guarantees) and 25.1 (judicial protection) of the American Convention. And it recommended the full reparation of Antônio Tavares' direct victims and relatives; measures of attention to physical and mental health necessary for the rehabilitation of 185 direct victims and relatives of Antônio Tavares. As well as the investigation in a diligent, impartial and effective manner, within a reasonable time, to clarify the facts in a complete way and impose the punishments that correspond to the violations. And, finally, training measures aimed at security agencies that operate in the context of demonstrations and protests.

According to Darci Frigo, coordinator of Terra de Direitos, “when analyzing the case and sending it to the Inter-American Court, the IACHR understood that there was a serious violation of the right to life and recognizes that the Brazilian state failed to take the necessary steps in the case to verify the responsibilities on the murder of Antônio Tavares, to punish who committed the crime and other authorities that have some responsibility for the action of repression to the MST. The Brazilian state, by not applying the law to investigate the conduct that took a person's life, should be held responsible.”

Frigo also suggests that the hearing at the Court is an opportunity to advance public policies to guarantee access to land in Brazil. “We are living in the worst moment of the possibility of guaranteeing access rights to land. The bodies responsible for regularizing quilombola areas, territories, carrying out Agrarian Reform or demarcating indigenous lands are prohibited by the President of the Republic himself of exercising constitutional commands that determine Agrarian Reform and quilombola titling. There is no concrete possibility of advancing rights. Meanwhile, in the National Congress there is an agenda of withdrawal of rights, this explosive combination of total absence of social policies is increasingly damaging to the constituent pact of 1988,” he concludes.