The Movement says it will resist, and the Pernambuco government is mobilizing to avoid the eviction 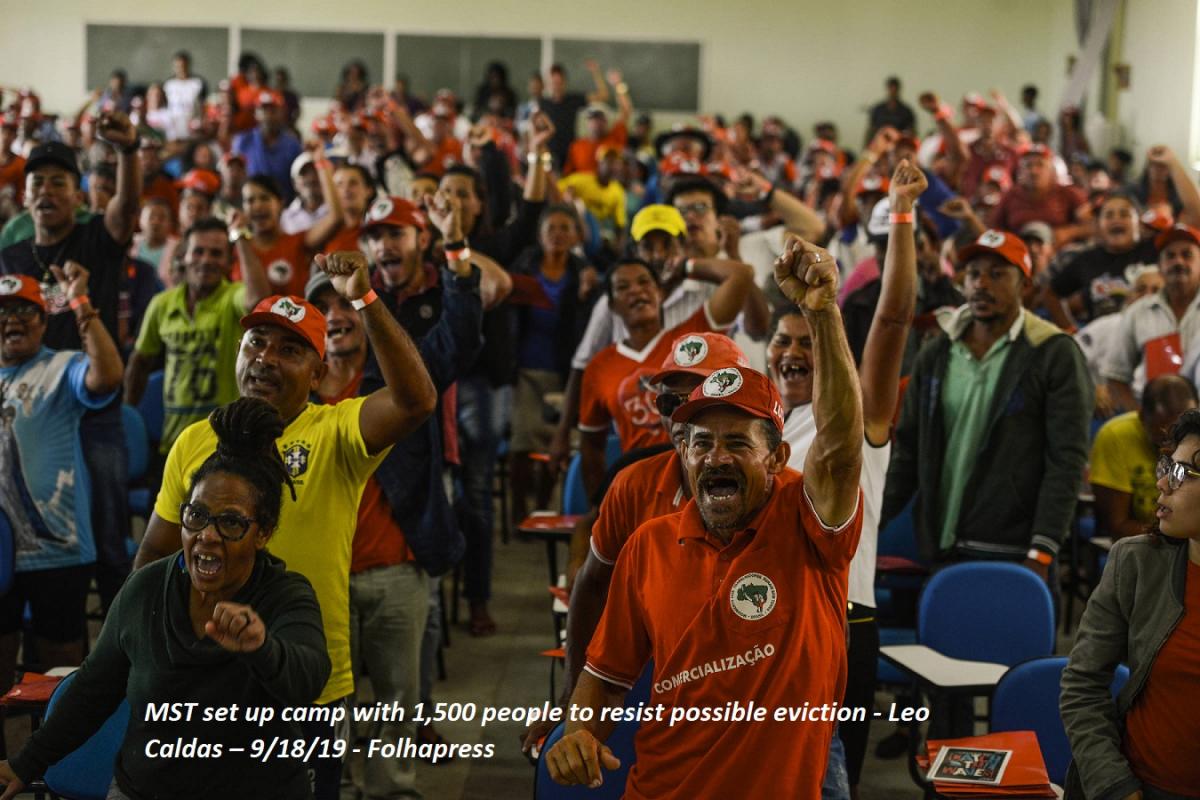 AT THE BOTTOM OF THIS ARTICLE IS A LINK TO ANOTHER ARTICLE THAT INCLUDES WAYS YOU CAN HELP FIGHT THIS EVICTION.

CARUARU (PE) The Jair Bolsonaro (PSL) government, through Incra (National Institute of Colonization and Agrarian Reform), has obtained a favorable ruling from the Federal Justice to evict, in Caruaru, interior of Pernambuco, the largest northeastern training center of the MST. (Landless Rural Workers Movement).

The Pernambuco governor, Paulo Câmara (PSB), who is part of the northeastern block of opposition to Bolsonaro, is trying to keep the sentence from being carried out and has said he does not intend to use police force to assist in the repossession, if there is no way out.

"The governor's orientation is avoid the eviction, that this process should not be carried out," says the government leader in the EP Legislative Assembly, Deputy Isaltino Nascimento (PSB).

The training center, named after the Pernambuco educator Paulo Freire 20 years ago, is part of the common area in the Normandia settlement. The Center has three agro-industries, 52 rooms, classrooms, an auditorium for 700 people, community center, sports court, public gym for physical activities, nursery and cafeteria.

Two weeks ago, the MST set up an encampment with 1,500 people and expects to double the number by the end of this week. "We will resist," said Jaime Amorim, one of the movement's national coordinators.

The lawsuit had been pending since 2008 and was pending judgment against the MST at the end of 2017. Last August, 20 days after being appointed superintendent in Pernambuco, PM Colonel Marcos Campos de Albuquerque requested that the Federal Court order must comply with the verdict.

The judge of the 24th Federal Court, Tiago Antunes de Aguiar, accepted the request and gave 30 days from the notification for the eviction of the area. Following meetings with representatives of the state government and federal deputies of the human rights commission, the magistrate granted 10 days for Incra's official position.

The deadline is October 10, and the judge ordered the use of police force to enforce the measure. Incra, unlike the MST, claims that the construction in the common area of ​​the settlement was made without the consent of the federal agency. 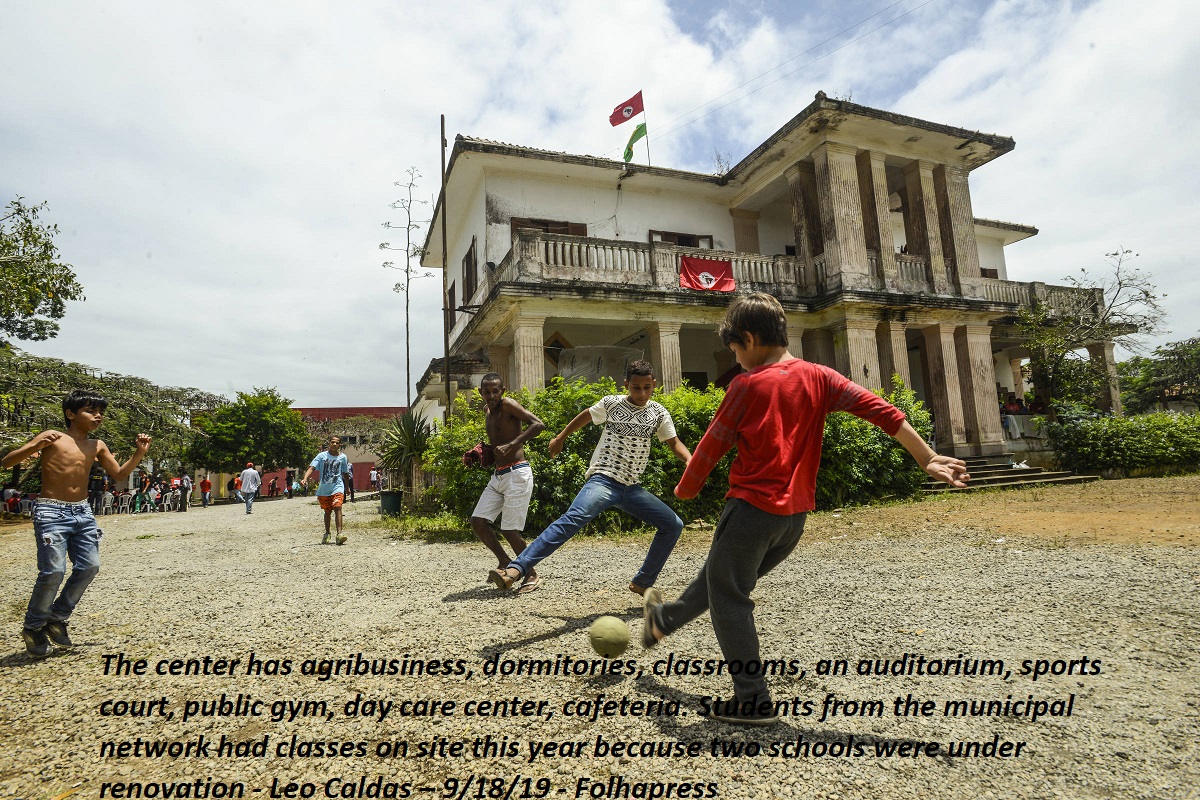 The place is considered the heart of the social movement in the region, having already educated, in partnerships with federal and state universities, more than 8,000 people in undergraduate and graduate courses alone.

Much of the food from the cake, bread and meat agro-industries in the Center supplies municipal schools in the region. One of the examples is the Caruaru City Hall. Approximately 60% of school meals are provided by the settlement, which has vacuum packaging machines.

Students from the municipal network had classes on site this year because two schools were under renovation. The training center association also has food supply contracts with the State Department of Education and the Recife City Hall.

The 556-hectare farm was occupied by the MST in May 1993. In April 1996, after a 10-day hunger strike, an Incra team from outside Pernambuco surveyed the site and issued a report certifying that the property was unproductive.

A year later, Incra granted ownership of the area to 41 families. Subsequently, the property officially became a settlement. Each plot has 10 hectares.

The leader of the landless, Jaime Amorim, says that at the time, Incra's only orientation was that the families of the settlers should not use the big house. "But they directed us to allocate part of the settlement to do training. And that's what we did, all with their agreement.”

After the formal recognition of two associations, one to take care of the settlement and another to manage the training center, the area, in addition to the individual lots, was divided. There is an agro-villa (15 hectares), where families live today, a forest reserve (105 hectares), an area for collective production managed by a cooperative (20 hectares) and the Paulo Freire Training Center (14 hectares).

The movement donated 0.7 hectares to the Diocese of Caruaru because there was a church in the area.

The administrative proceeding originated shortly after the property became a settlement. Four families of settlers sued Incra because they felt harmed by the construction of the training center in the settlement access area.

"What happened is that we did not take action, we did not take any action regarding the suit and we lost in every ruling. We did not act because the national president of Incra himself came here in 2008 and said not to worry, that the issue would be resolved administratively," says Jaime Amorim

According to the Secretary of Agriculture of Pernambuco, Dilson Peixoto, the state is agreeing to receive the Area in a solution negotiated with Incra. "If, in the end, there really is an obligation from a court decision to enforce the sentence, we will have to discuss our role with whoever the judge is."

Last Friday (September 20th), the federal prosecutor for Citizen's Rights, Deborah Duprat, sent an official letter to the Incra president asking for a conciliatory and peaceful solution. She cited the history of the settlement and reminds them that the place fulfills its social function.

In a note, Incra states that the lawsuit is from 2008 and was filed because the Center was built in the collective area of ​​the settlement without authorization from Incra. "Following the court order, Incra will seek to regulate the area in accordance with current legislation, in order to promote benefits to all settlers," it says. There are no details of what will be done in the area. 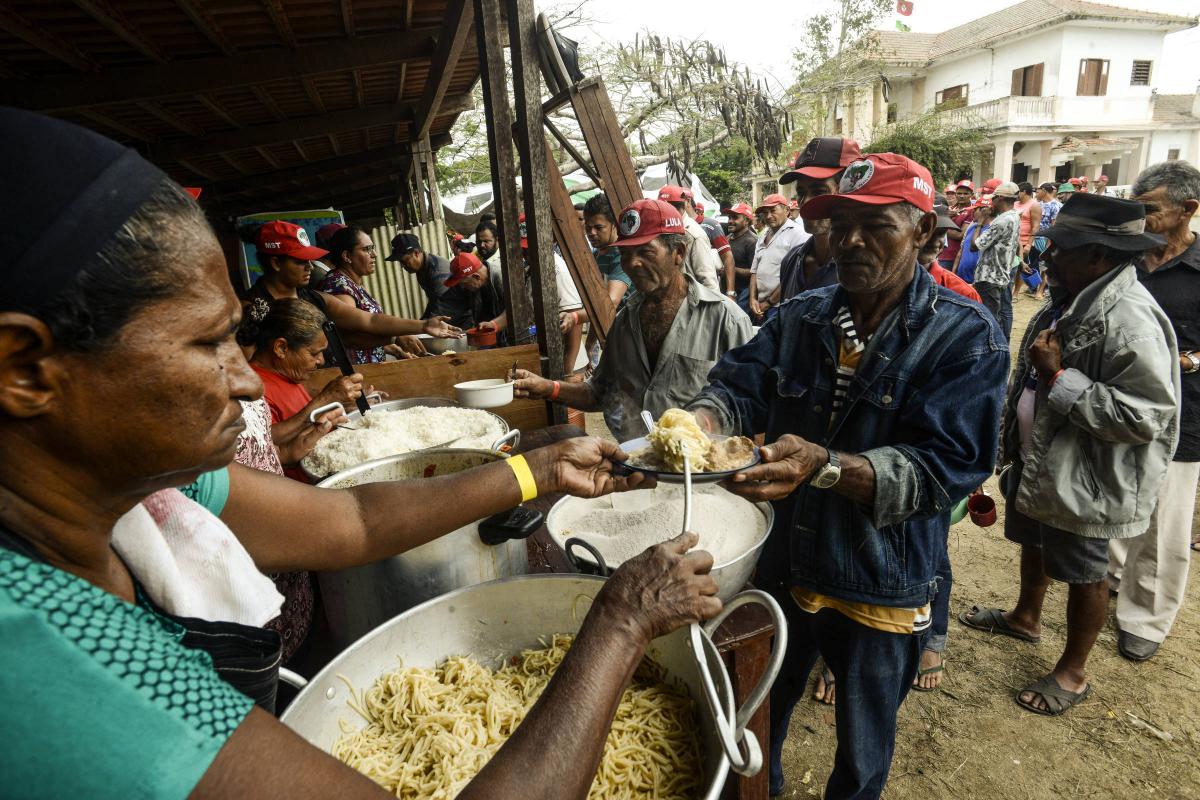 LINK TO AN ARTICLE WITH WAYS YOU CAN HELP FIGHT THE EVICTION: http://www.mstbrazil.org/news/most-urgent-paulo-freire-training-center-being-shut-down