The place is the same where the encampment Marcelino Chiarello was violently evicted in November 2017. 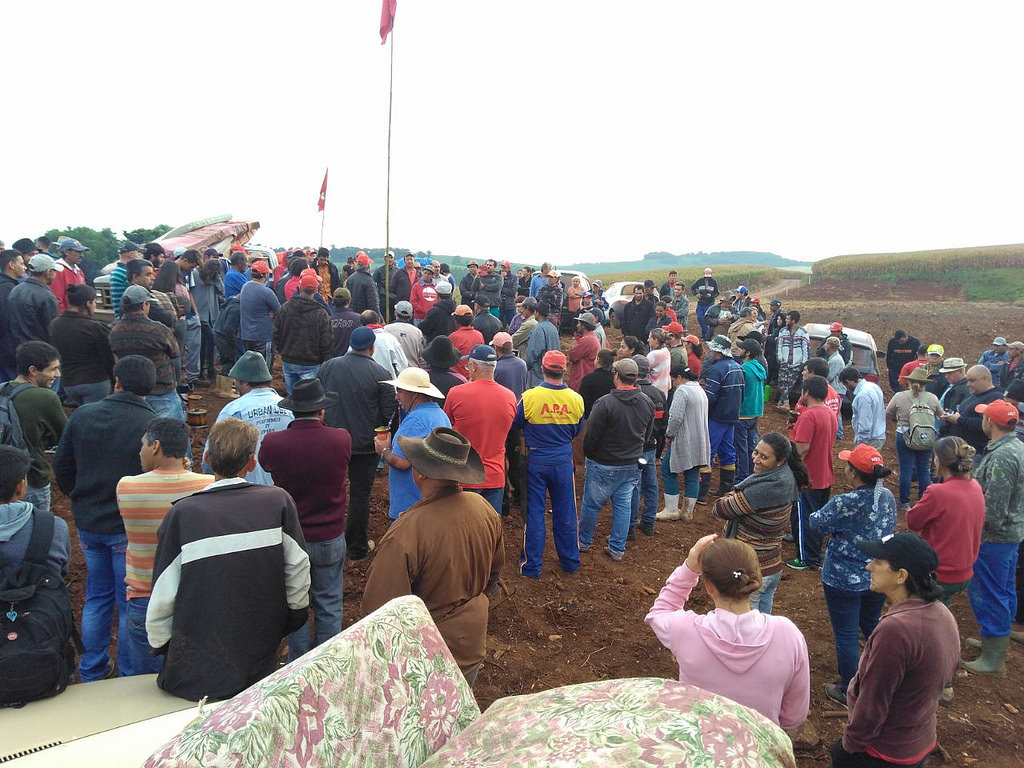 On Saturday morning, February 17, 2018, 400 families of the MST of Santa Catarina reoccupied the area where the encampment Marcelino Chiarello suffered a violent eviction in November 2017.

This is an area owned by INCRA [the Brazilian agrarian reform agency], which in 1991 was, conditionally, handed over to the estate owner Prezzotto, But he did not pay what was owed by him, so INCRA, on April 25, 2016, canceled the title of the area and now needs to evaluate the property that the Movement demands for agrarian reform purposes.

Although the area is owned by INCRA, on November 29, 2017, the federal court ordered the eviction of the 180 families camped in the area. It was an action of much violence, involving the federal and military police, cavalry, kennel, shock troops. They destroyed all houses/tents, animals and more than 200 hectares that had been planted.

The families return to the area, on the one hand, in a tone of denunciation, since the State was quick to use violence and evict families, but was slow to proceed with the definition of areas for agrarian reform. On the other hand, the encampment continues to resist and remains in the area in the struggle to have a place to live and produce food. The area has 1,067 hectares and can settle more than 150 families. 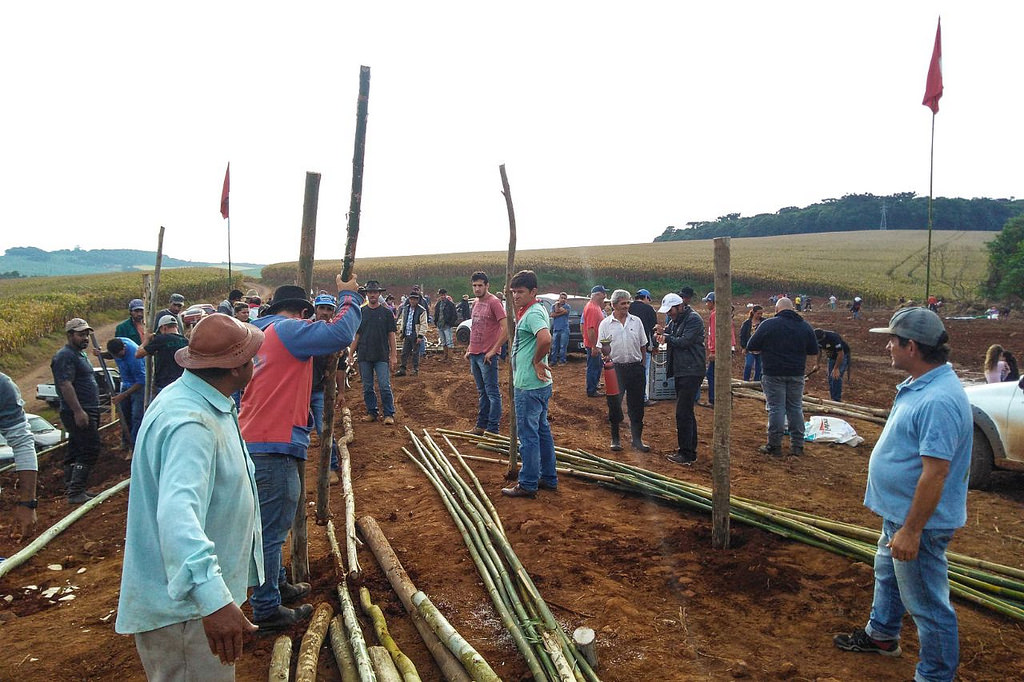