Action will mark the launch of the Emergency Plan for Agrarian Reform, proposed by the Movement at the national level to face hunger and the economic crisis during the pandemic of the new coronavirus. 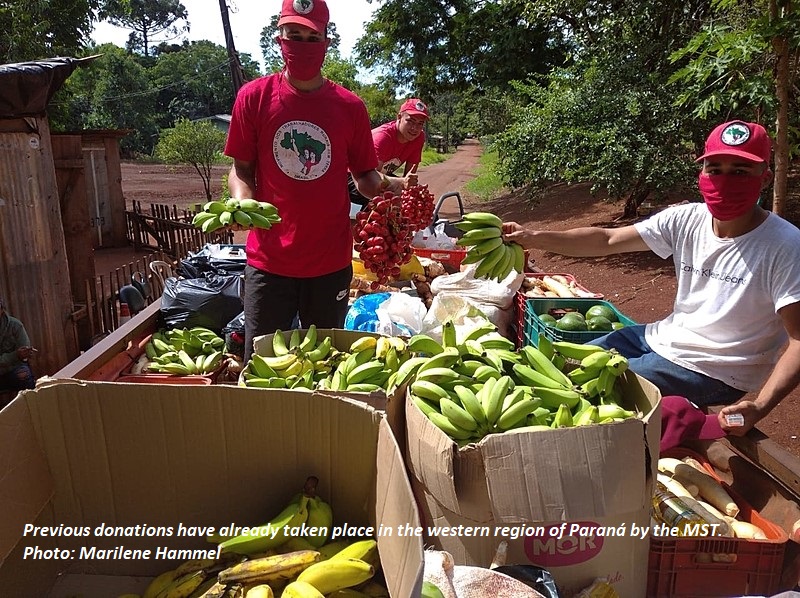 Encampments and settlements of the Movement of Landless Rural Workers (MST) will donate approximately 10 tons of food in Cascavel, this Friday (June 5). Cassava, rice, beans, green corn, vegetables and vegetables are part of the diversity of fresh foods produced by 15 farming communities and which will be distributed in the city.

The donations will go to families in the Interlagos neighborhood, to the Cascavel Cancer Hospital (UOPECCAN) and to the shelter of São Vicente de Paula. This will be the third food donation made by landless families in the western region of the state. The others occurred on April 10 and 17.

In Paraná, the donation of food marks the launch of the Emergency Plan for Agrarian Reform, proposed by the MST nationwide and scheduled for release on the same day (June 5). The date refers to World Environment Day and marks the defense of the agroecological model of food production, which combines preservation of biodiversity, food crops without poison and fair human relations.

The Emergency Plan presents measures to immediately confront the increase of hunger and the economic crisis, amplified with the pandemic of the new coronavirus. In proposing the plan, the MST points out viable and human solutions to the problems of the impoverished population of the city and the countryside, as explained by Armelindo Rosa da Maia, an agroecological producer based in the Valmir Mota community in Cascavel, and a member of the MST coordination.

“We want to dialogue with Brazilian society, in order to pressure the federal and state governments to settle families camped in Brazil and allocate resources in the production of food to help in getting out of the crisis, especially in this pandemic period. For us, farmers and small farmers, food production is a mission and with that we will be providing a service to Brazilian society,” he points out.

The regional choice for launching the Plan gains a strong historical sense because it was in the west of Paraná the place where the 1st National Meeting of the MST took place, which marked the foundation of the Movement. 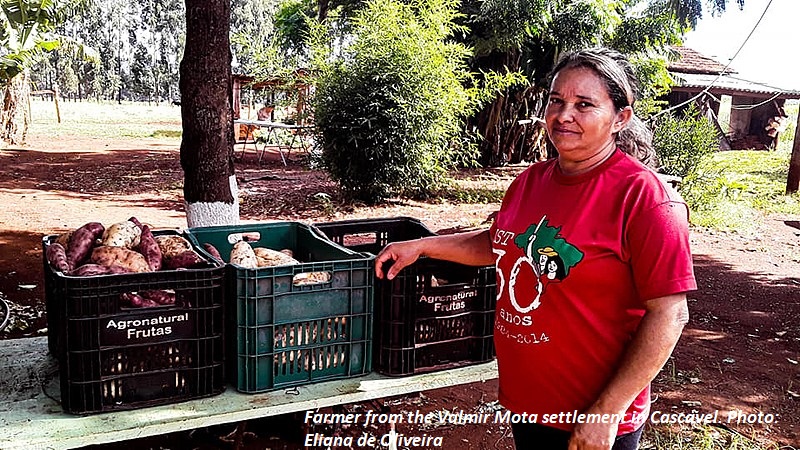 Agroecological cornmeal and dozens of foods from the struggle for land

Farmers José Aldair Padilha de Lima and Janaína dos Santos, residents of the Resistência Camponesa encampment, in Cascavel, donated 100 kilos of agroecological cornmeal, produced from the corn they grow. The community they live in has existed for 20 years and has suffered constant eviction threats since the end of 2019.

“We have also had this time of experiencing difficulties in the camps, but, thanks to our struggle, today we have enough varieties of food that we produce here, taking self-support for ourselves and our family. Today, we can share with our companions in the city,” says José Aldair. In all, families from 15 encampments and settlements in eight cities are mobilizing to donate food this Friday.

Also on this date, the Dorcelina Folador and 1º de Agosto campsites in Cascavel and Nova Semente, in the municipality of Catanduvas, will start the production of community agroforestry. The objective is to continue donating food to the urban population during the pandemic period and also to guarantee self-consumption by the communities themselves.

Community gardens and agroforestry started to be produced in all regions of the state on May 2 and are part of the solidarity campaign of the MST of Paraná.

Balance of MST donations in Paraná

Since the beginning of the pandemic, more than 90 settlements and camps in the Paraná MST have donated 155,390 tons of healthy food, harvested from their gardens and gardens. 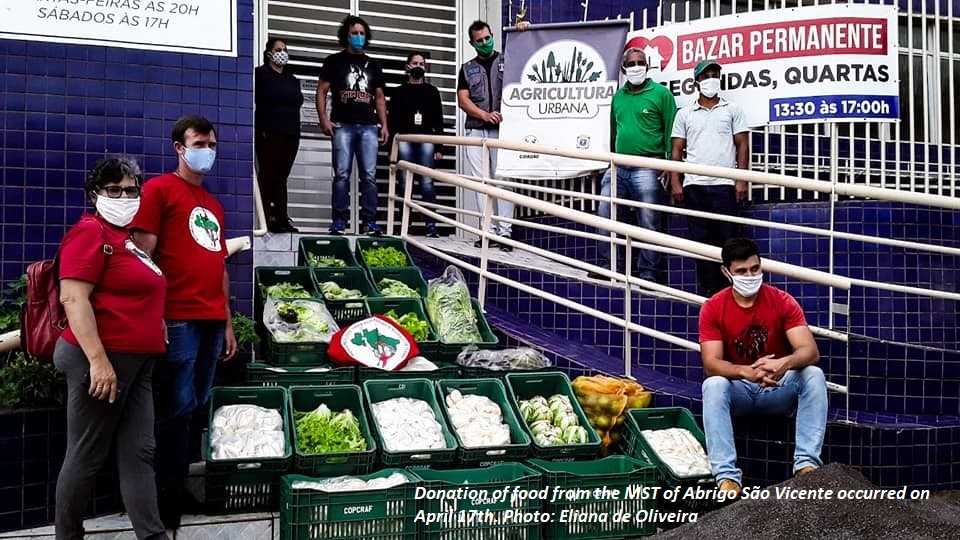 In Curitiba, about 3,600 agroecological lunchboxes were donated to homeless people and residents of peripheral neighborhoods. Meals are produced every Wednesday by MST activists and volunteers and take products from communities in the movement in various regions of the state. 400 protective fabric masks were also produced and distributed.