Learn more about the work done by Brazilians in Haiti, Venezuela, and Zambia 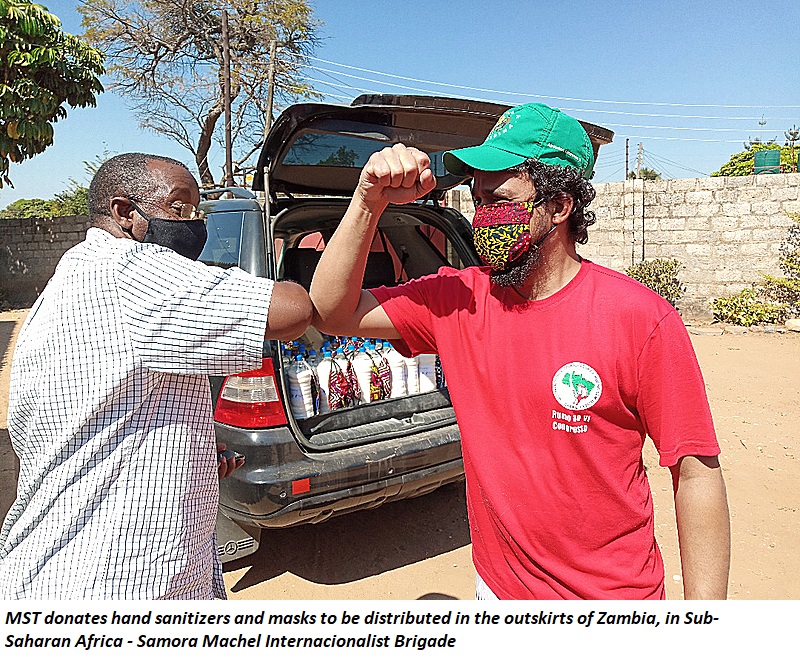 During the pandemic, the Landless Rural Workers Movement (MST by its Brazilian Portuguese acronym) made the news for donating 1.2 tons of foods produced in their camps and settlements to the vulnerable populations in Brazil. The solidarity initiatives, which help to avoid shortages during the health crisis, also took place abroad, and started way before the covid-19 pandemic.

The movement's internationalist brigades work in other two Latin American countries, Haiti and Venezuela, and are also present in Zambia, in South Central Africa.

Brazil's Via Campesina Internationalist Brigade in Haiti was named after Jean-Jacques Dessalines, one of the revolutionary heroes who fought for the country's independence in 1804.

Their work started in January 2009 and was intensified in the following year, after an earthquake killed 316 thousand people and left 1.2 million people without shelter in the capital Port-au-Prince and other neighboring towns. 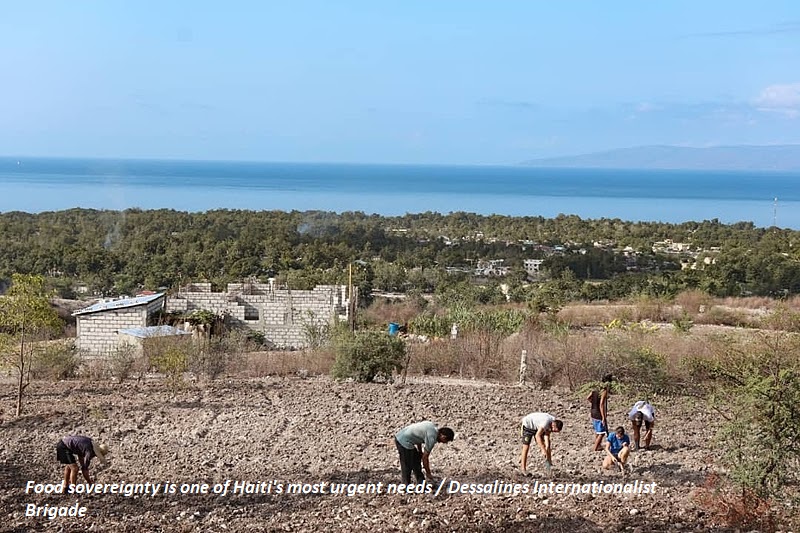 The MST has contributed by sending emergency food packages produced in Brazil, helping to implement water collection systems, and building a national center of agroecology - including a hen house with a full capacity for 7 thousand hens. The Dessalines brigade also started to run a bank of rice, corn, and bean seeds.

"Coronavirus comes into a context of historical and structural crises, intensifying a public health crisis that has been severe since the times of cholera," explains Paulo Henrique, MST activist and member of the brigade. The country has already reported 2,507 Covid-19 cases and 48 deaths.

According to the activist, the election of Jovenel Moïse in 2016 has worsened the political instability and economic crisis, affecting the population's quality of life, causing popular demonstrations across the country.

"It's a government that implemented a neoliberal agenda, with an economy depending even more on the US imperialism, which during this pandemic is not doing anything to protect the population. In other words, the State is absolutely absent from the lives of Haitians," he criticizes.

Today, the Dessalines brigade works on four fronts. The first axis is the production of food in partnership with Tet Kole ti Peyizan Ayisyen, a peasant movement that fights for food sovereignty in Haiti. Besides that, the brigade also helps in the distribution of seedlings, stimulating reforesting, as well as masks to the population. 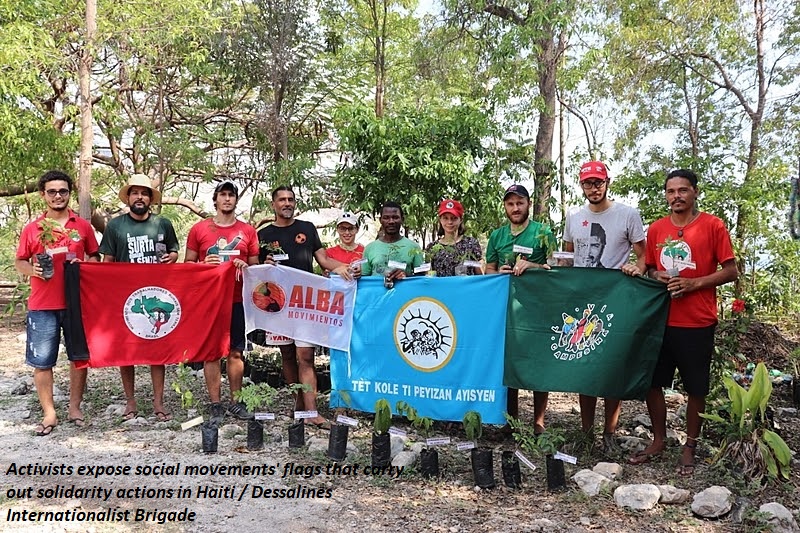 The MST work in Venezuela started 15 years ago. Their first task was to help the Bolivarian Revolution with political education, as well as to grow healthy food. The brigade is named after Apolônio de Carvalho, a Brazilian intellectual and activist who died in 2005.

Amid the economic war promoted by the US, which has been aggravated in the pandemic, MST members work to guarantee food sovereignty and avoid shortages in the country.

The production of native and agro-ecological seeds in the country is conducted in partnership with the Venezuelan state, as well as the Food and Agriculture Organization of the United Nations (FAO).

The new coronavirus has infected 1,819 venezuelans and caused 18 deaths in the country up until now. Since the number of cases is under control, at least in comparison to neighboring states, the food health of the country remains a priority. 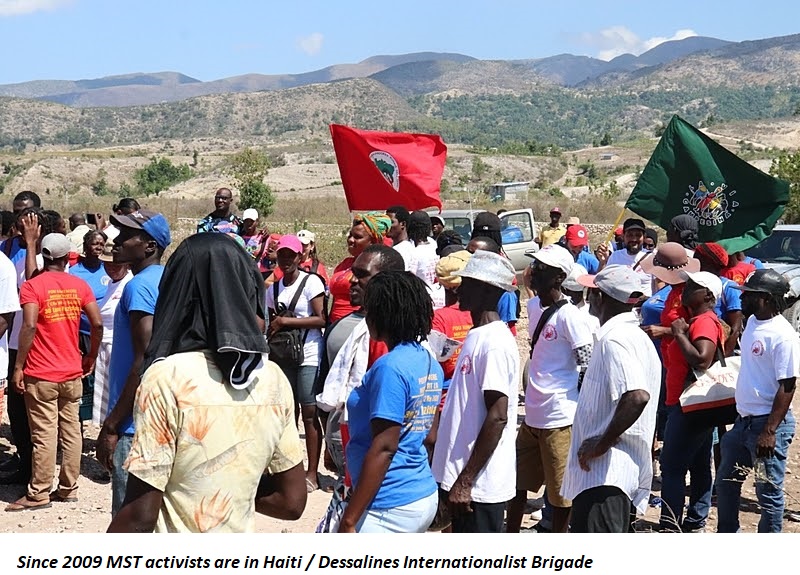 The agricultural technician Rafael Quiroga, MST activist, works in the state of Merida, in the municipalities of Andres Bello and Campos Elías. "Our work here aims at sharing knowledge and experience in agroecology for the production of seeds, greens, and grains. We assist the families in the production of seeds, extraction, cleaning, drying and stocking," he reports.

"We have a dream to help them create a co-op similar to Bionatur, with a Venezuelan identity. We have learned a lot from the stories of struggle, resistance, and organization of the Venezuelan people," adds Quiroga.

The agronomist Patricia Balbinotti works in the El Maizál commune, in the state of Lara, and believes that the stimulus to the production of healthy food is central to the Venezuelan scenario. "We are trying to implement a process of agroecological transition, recovering the soil with organic compost," says the activist, who also works with the peasant families who live in the community.

The Internationalist Brigade in Zambia is named after Samora Machel, a revolutionary that led Mozambique's independence in 1975.

Zambia has 1,089 official covid-19 cases and 7 deaths. The situation is apparently under control, but undercounting must be factored in.

Members of the brigade also call attention to the growth in the number of people dying from HIV/Aids and the flu, for instance. It is possible that hiv positive people's lower immunity has aggravated the number of deaths by coronavirus - by stating the cause of death as the flu, the government could be underestimating the problem.

During a heavily militarized quarantine, MST activists work mostly on the distribution of seeds and healthcare equipment, which has been neglected by the local government, as well as on political mobilizations to protect peasants' rights. Last week, the brigade donated 400 liters of hand sanitizer and 400 masks to the Socialist Party of Zambia - the most important progressive force in the country's opposition. The donations will be distributed in the outskirts of the country.

Out of the 17 million inhabitants, more than 10% live in the capital of Lusaka. The country has very few urban areas, which concentrate 44% of the population. The cities have precarious sewage systems and access to water. The families rely on an informal economy and are used to living in clusters, which increases risk of contamination. 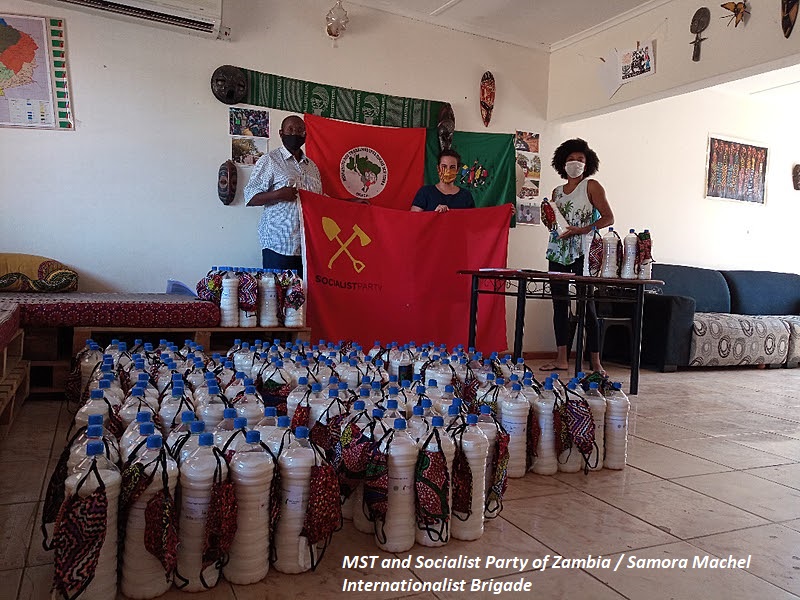 Going against the World Health Organization (WHO) protocols and ignoring the rise in the number of covid-19 cases, the government eased social isolation measures a few days ago, authorizing the opening of restaurants, bars, parks, beauty salons, and gyms. The brigade coordinator and MST activist, Fabio Pimentel, adds that there is also the possibility of reopening universities, as well as a partial return of public school activities.

In the rural areas, the brigade defends that the State guarantees public policies to buy products from the peasants, given that necessary measures have been taken to protect workers' lives.

Almost 55% of Zambians live in extreme poverty and only 46% of the population has access to clean water. Life expectancy is 59 and 12,% of the people between 15 and 49 are HIV positive.