With joy and irreverence, the MST Folia bloc has drawn important guidelines around the struggle for democracy 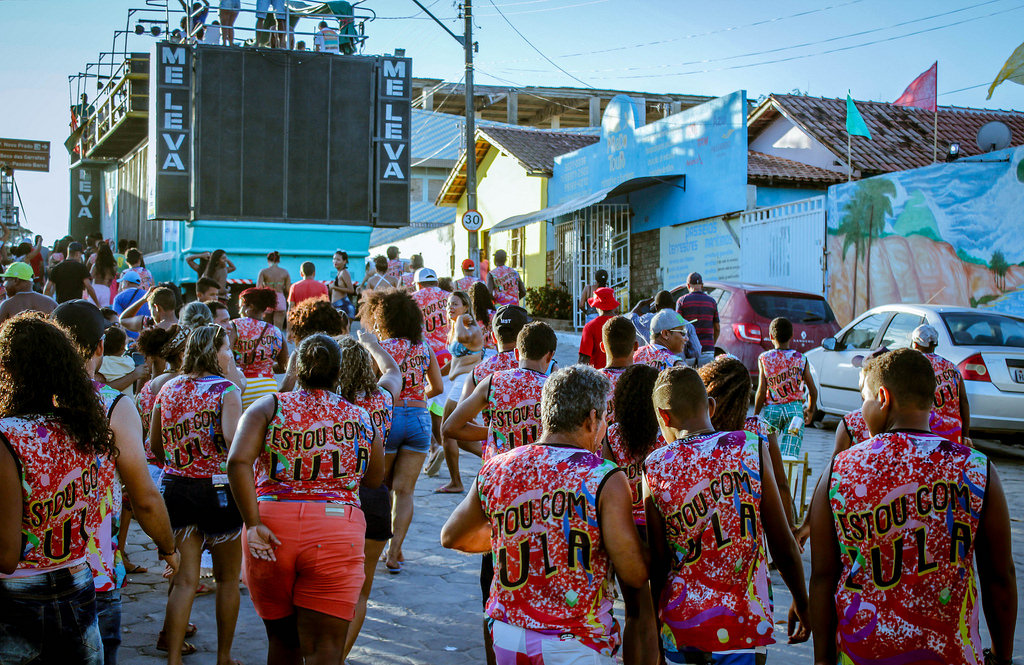 Carnival is one of the most popular celebrations in Brazil. Over time it has become an element of Brazilian culture, but also an instrument of resistance and denunciation of the working class. It was with this in mind that the MST Folia, a bloc created six years ago by workers and landless workers from the extreme south of Bahia, has become a tradition.

Last Tuesday (February 13) of Carnival, another edition of this great party occupied the streets of the Prado [southern Bahia city] with great joy and irreverence, pulling important guidelines around the struggle for Brazilian democracy, in the face of the current moment of coup and withdrawal of rights.

Organized by landless workers from settlements and encampments from the region, this edition of the parties was attended by 1,200 landless revelers, plus the participation of friends and partners, who swelled the bloc in a great cry of repudiation of the conviction of former president Lula by the Federal Regional Court of the 4th Region (TRF4), on January 24, in Porto Alegre (RS).

In addition, the revelers emphasized that the condemnation is illegitimate and was joined by the national bourgeoisie, through the judiciary, aiming only for Lula's candidacy in the 2018 elections.

According to Luciene Guimarães, who is a participant in the bloc, Carnival, like all social organization environments, must be filled with political debates, in view of the current moment of attack on democracy. "We working class people need to be present and to guide the changes we want for our country," she said.

For her, there are several forms of denunciation of Michel Temer's disregard and illegitimacy in power, "In this carnival we chose to use culture through music and art."

"We are here because we are Lula in 2018 and our project is the construction of the People’s Agrarian Reform. Occupying the streets of the Prado symbolizes defending the rights of the working class, so the landless are jumping, dancing with joy and saying no to Pension Reform and no to the Temer government," concluded Guimarães.

After a positive assessment of the Bloc, the MST leadership in the extreme south of Bahia stated that in 2019 will have another edition of the parties, this time, to commemorate Lula's victory at the polls.