The regional coordination of the Movement of Landless Workers (MST), said in remembrance of Roseli Nunes1, some 1,200 landless women, occupied on the morning of Monday (February 28), a farm in Eunápolis, a distance about 08 KM from the city center.

This occupation is part of the calendar to commemorate the International Women's Day (March 8) that will be remembered throughout Brazil by the MST.

"Women go through many difficulties in our country, they are the hardest hit by the devastating agribusiness, producer of misery and hunger, which is hitting their children. So women start reaction and set to conquer the lands of those exploiting only the hunger of the Brazilian people, "said Evanildo Costa, Regional Head of landless.

"This month of February we also remember Dorothy Stang, brutally murdered, who became a symbol among many others who perished in the struggle on behalf of the Brazilian people," he added.

Evanildo Costa also said this is just the first of many actions that the women of the MST of Bahia will perform in these next days and this will be an improvement for women and for the whole region, which is also being explored, and its nature devastated by eucalyptus and other plantations. 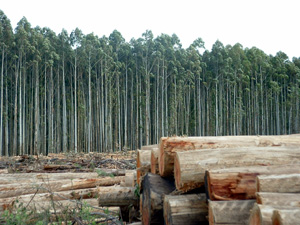 According Edir Carlos also said, another member of the regional coordination of the MST, the farm occupied by women belonging to the company Veracel Celulose2.

1 Roseli Celeste Nunes da Silva, Rose, took part in the occupation of Annoni, Rio Grande do Sul, in 1985, along with her husband and children. At the time she was pregnant with her third child, Marcos, that ended up being the first baby born in the camp of the farm, on 28 October 1985. On March 31, 1987 Roseli was dead, hit by a truck, from an agricultural company that has worked against the demonstrations of landless farmers on the edge of a road near the camp Annoni.

2 Veracel is the result of a partnership between two leaders in the pulp and paper industry, Brazilian Fibria and Swedish-Finnish Stora Enso. The company is an integrated agro-industrial undertaking, operated by nearly 700 own employees and about 2,400 workers from specialized companies, ranging from eucalyptus planting to pulp final shipment.