With representations of the five regions of the country, more than 400 militants of the MST met 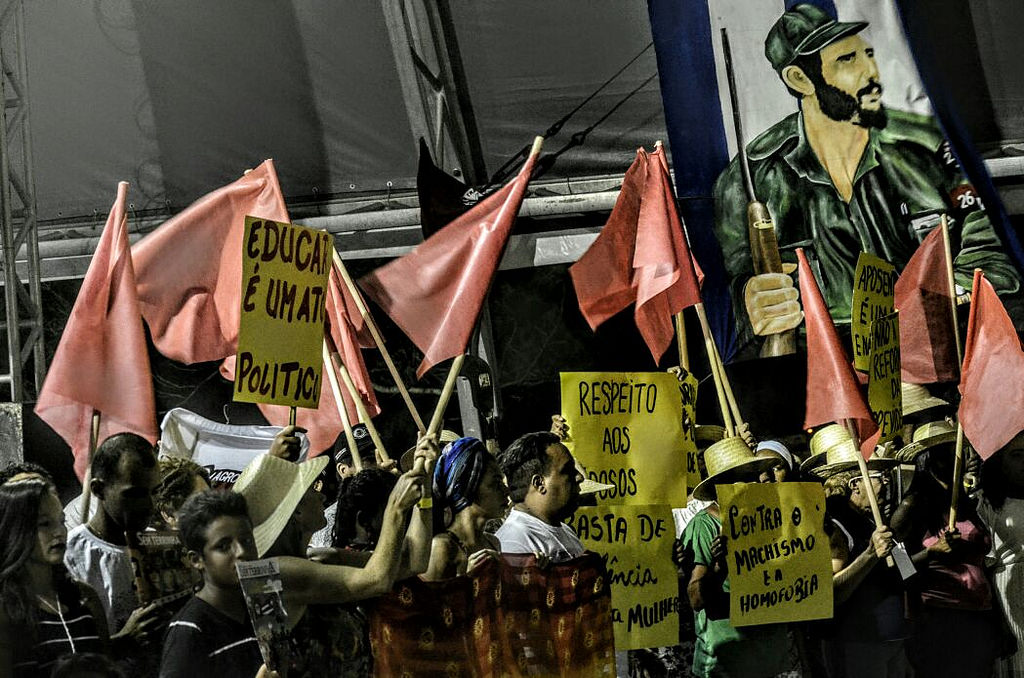 in Fortaleza-CE for the meeting of the National Coordination of the Movement, between January 23 and 27, 2017. With deep reflections, dialogue and a lot of excitement in a revolutionary mística, the Movement's whole team deliberated on an extensive calendar of struggles to confront the threats to social rights carried out by coup president Michel Temer.

In the next period, the mobilizations begin with full steam on the Day of Women's Struggle, against Capital, agribusiness and the making a "radical confrontation" with the social security “reform” under discussion. For the member of the national coordination of the Movement, Alexandre Conceição, this reform project, as well as Provisional Measure 759/16 (which they call the "Institutional Act of Agrarian Reform") represent a threat to more than 50 years of consolidated rights In the countryside.

Check out the full interview given to the Página do MST.

During the analysis at the National Coordination meeting of the MST, MP 759/16 was compared with the Institutional Acts of the Civil-Military Dictatorship. We started the year marked by the confrontation with "Institutional Act of Agrarian Reform. " What is at stake with this Provisional Measure?

The coup government together with the ruralist group [large landowner block in the Congress] are trying to dismantle the accumulation of more than 50 years of struggle for Agrarian Reform. They want to end Agrarian Reform, ending the encampments, not recognizing them as social projects. But also with the settlements, which produce even more than 70% of food (od Agrarian Reform and family farming). What is at stake is territorial sovereignty, the production of food and, in itself, Agrarian Reform, threatened by the coup. This Institutional Act, MP 759, is an act of continuity of the coup against the peasants. In this Institutional Act, they impose the so-called titling, which is actually the privatization of the land. They want and have already changed the agrarian law in Brazil, in which the Constitution guarantees us a title from an emancipation of the workers, the settlers. This emancipation, comes with it infrastructure, school, health care, agro-industry to produce healthy food ...  . That is what they want to finish to leave the settlers of Agrarian Reform without access to public policies of state responsibility in the settlement process. So that the settler has no alternative to produce and, pressed, is forced to sell his lot (now another commodity from the title of possession) and, thus, increasingly concentrate land in the hand of the latifundio. So this titration measure is terrible for Agrarian Reform.

The battle against Social Security “Reform” involves all sections of the working class and society. But specifically what are the guarantees that are under threat to the people of the countryside?

The battle of the Social Security “Reform” is a decisive battle this year for the MST. We will fight with all forces, men and women, to stop this coup plot that would be a disaster for the municipalities. It is the social security that guarantees the local economy in many counties, where the settler produces, for example, and the retiree buys that product. So there is a very strong economic dynamic. They want to stop it just so that the rural worker will retire only at age 70. I want to know if Mr. Coup President Michel Temer retired at the age of 70. Or will he give back the retirement money that he has enjoyed, since he retired at the age of 50?

Therefore, the Social Security “Reform” is a struggle that we will face in every way, starting with the struggles of women on March 8 (International Women's Day). We will begin with a great struggle, occupying all the offices of the National Institute of Social Security (INSS) in the municipalities where there are such offices and also in Brasilia. Where we can mobilize, we are calling for a broad unity of the popular movements of the countryside and the city, so that we can make a radical fight against this Social Security “Reform,” which wants to take money from the beneficiaries to the bankers.

Many sectors of the left are already targeting the electoral contest of 2018. What is the role of the MST in building the unity of the working class and under what tactics?

Our main role at this time is to organize the working class, build a popular project for Brazil and dialogue with the class in struggle to build this process in progress and, from this construction, we consolidate great mobilizations. This country can only stop this coup and resume democracy with direct elections now. We cannot live under the media dictatorship, the judges and Michel Temer. We have to build Rights Now! So that the people can participate again and decide who will be their political leaders from the elections. Therefore, no right less and direct already, with new elections for parliament (which is a parliament sold to Capital) and also for the Presidency of the Republic. We will fight for this year to have a direct election to elect the president and a new parliament that represents the interests of the people and not the interests of the companies.

After a week of the MST National Coordination meeting, what is the synthesis of the Fortaleza Manifesto?

After five days of political debate, inspired by the revolutionary struggles of the people of Ceará, understanding the conjuncture analysis that we have done here that the world and the country face a serious structural crisis of capital, and in Brazil it is reflected very much in the political crisis, inclusive with a coup, but also in the environmental crisis, in the social crisis that we live, we are projecting great struggles and mobilizations for this year 2017.

We are betting, believing and organizing these struggles because 2017 will be the year to turn this game around: to put democracy back on its way and to make a great calendar of struggles with the working class, even starting against the Social Security “Reform” with great mobilizations in all parts of the country.

Summing up the final document of the meeting, the Fortaleza Manifesto, we aim to build a political project, to mobilize the masses, and especially to the unity of the working class, to defeat the coup and build a free and sovereign Brazil for all people Brazilian. 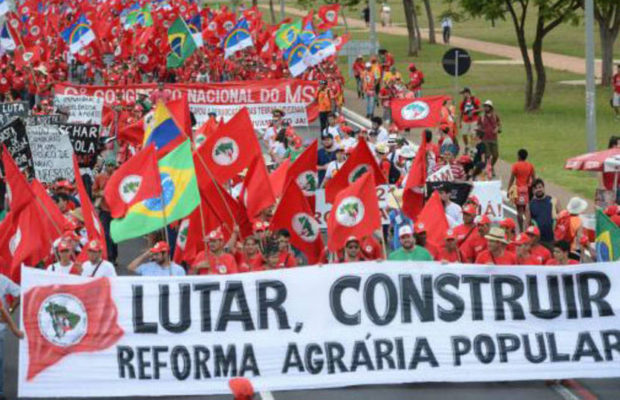 Below, read the Fortaleza Manifesto approved by the MST’s National Coordination this Friday, January 27, 2017.

Inspired by the peasant struggles of Ceará, Brazil, we, the national coordinators of the Landless Workers’ Movement met in Fortaleza to recalling the memory and the example of Fidel Castro, the centenary of the Russian Revolution and the 50th anniversary of the murder of Che Guevara, to study the political and agrarian situation of our country and to lay out the challenges and tasks of the upcoming period.

There’s a structural crisis of capitalism that has become more pronounced since 2008. It affects the spheres of economy, politics, society and environment. It’s represented by authoritarian and fascist measures that threaten human and labor rights and natural goods around the world. In this context, for capital to continue appropriating the economic resources of society, it needs to eliminate the hard-earned rights of the working class in order to make those resources available for the financial market. Examples of this change are the right-wing coup and the measures taken by this illegitimate government, such as the social security “reform,” the labor “reform,” the 20-year public spending ceiling and the elimination of control over the Pré-Sal (off shore) oil field.

In view of this situation, we:

We commit as militants, women, men and youth to take on these tasks in defense of the Brazilian people.