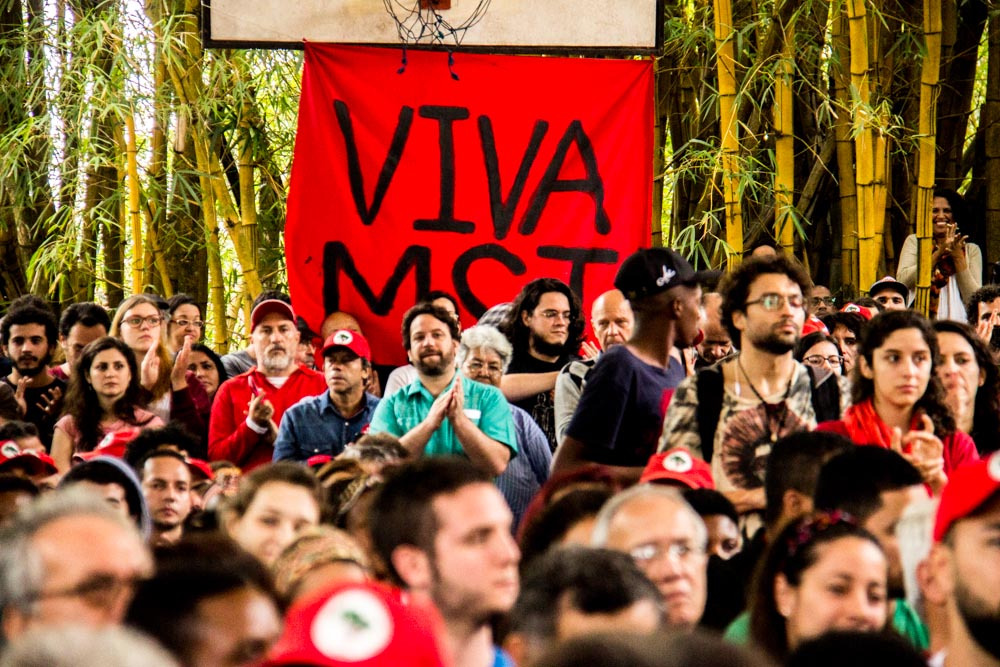 To denounce the criminalization of popular movements, around a thousand people gathered this Saturday, November 5, 2016 at the National School Florestan Fernandes (ENFF), in Guararema (SP), in solidarity with the Movement of Landless Rural Workers (MST). The act is a response to the truculent action of civilian police, who invaded the school, fired bullets at students and militants, and imprisoned two members of ENFF, on Friday, November 4, 2016. 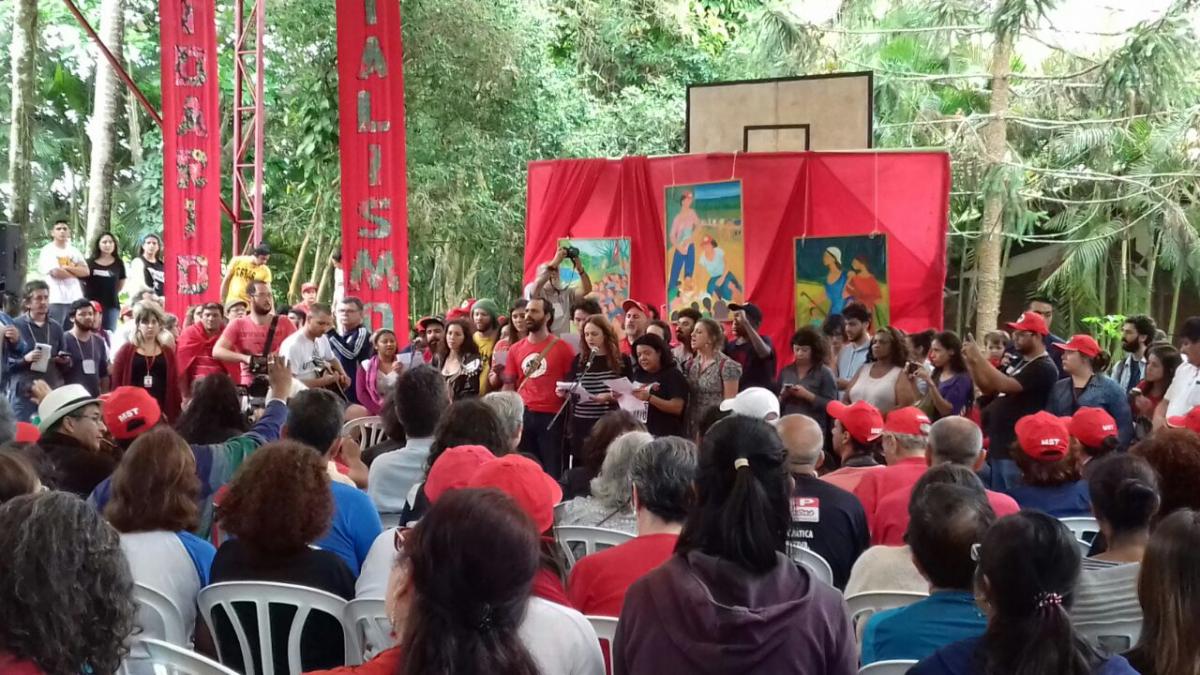 Former President Luiz Inacio Lula da Silva followed the initiative. In his speech, he warned that the action against the MST is part of an ongoing process aimed at suppressing popular movements throughout the country. "We have to worry a lot about what they [opposition

parties] are going to do with social movements, because if fashion takes ... I warned in December 2014 that there is a process of criminalization of the left in progress in this country," he said.

The same alert was also issued by President Dilma Rousseff, who sent a note of solidarity to the movement. For her, there is a frightening process of retrogression in Brazil, which began with the coup, and maintains a "State of Exception in the Country".

The intention of suppressing the struggle of the popular movements was also remembered by the federal deputy Ivan Valente (PSOL-SP). For him, Saturday's episode requires a lot of reaction. "It's a lot of daring and determined Brazilian conservatism to attack a symbol of the struggle for Agrarian Reform and to jump the fence firing shots." Our answer has to be: we will not accept repression in Brazil, we will fight with our heads held high," he said.

Lula also celebrated the accomplishment of the activity, emphasizing the importance of it in the current political conjuncture. "Let's take advantage of this act, this solidarity here, with so many people who came here and, from here, build something stronger," he summoned. 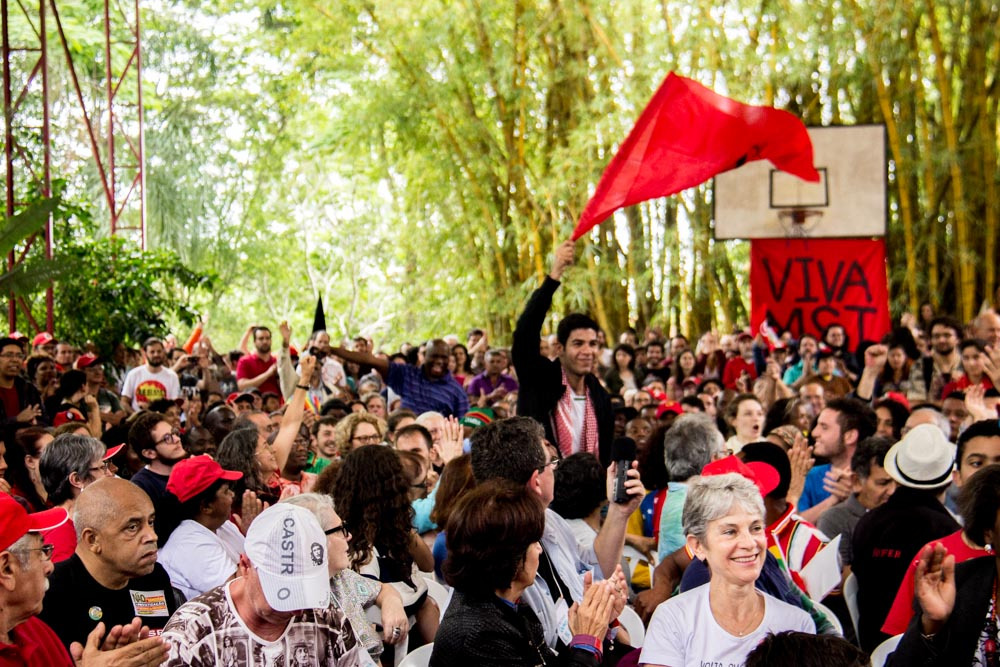 The national leader of the MST, Gilmar Mauro, stressed that, regardless of flags, solidarity is the "most beautiful brand, independent of the union, the party, the movement." "The most important thing is to have solidarity as a value, as a principle to be cultivated," he said.

According to him, the action of this Saturday, with the presence of so many representatives of political organizations, can be considered an essay for the general strike that is drawn for November 11.

Jandira Uehara, of the Central Única dos Trabalhadores (CUT), also spoke about the importance of union movements and union centrals in the construction of the general strike this month. "The act of the 10th is very important to say that we do not accept this setback. They need to criminalize us and destroy us and we need to make a stand up defense. We have to have a fight schedule and November started well. Let it be a red November. We are alive, we will resist and we will fight!" he said.

Civilian police from Mogi das Cruzes and Guararema arrived at the ENFF around 9:25 am, surrounded the site and jumped the reception window firing shots into the air, according to the security cameras of the site. The militants who were present claimed that the shrapnel, which hit a woman, were lethal bullets, not rubber.

The invasion of space, according to the movement, is related to the unfolding of disputes between peasants and the Araupel logging company in Quedas do Iguaçu (PR). In a statement, the MST repudiated the actions warning that this is an attempt to criminalize the organization. "We remember that this action is part of the continuity of the historical process of persecution and violence that the movement has been suffering in several states and Paraná."