Most Urgent! The Paulo Freire Training Center is being shut down! 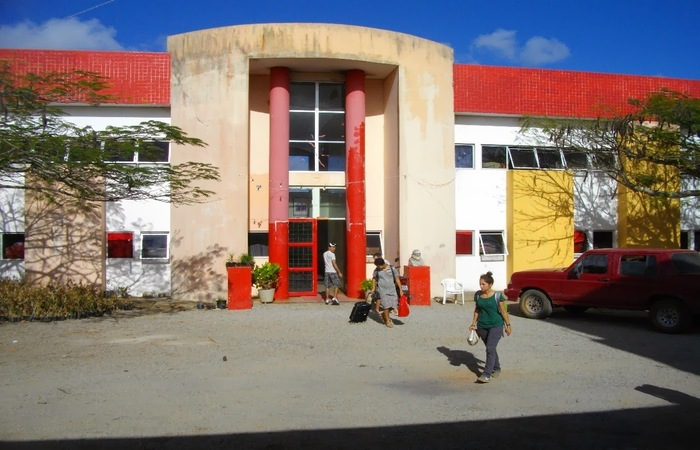 SEND AN EMAIL TO THE JUDGE TO RESCIND THE EVICTION ORDER. CLICK HERE FOR A LETTER AND EMAIL ADDRESSES. The email is in English and Portuguese addressed to the judge who issued the eviction order, the government of Pernambuco and officials at INCRA. Fill in your name and other information in both the Portuguese and English sections of the email.

NOTE: IF THE ABOVE LINK IS NOT WORKING, ATTACHED IS A COPY OF THE PETITION LETTER AND EMAIL ADDRESSES. COPY INTO AN EMAIL AND SEND. THANK YOU.

It has been announced to us today that the INCRA has appealed to the courts for the repossession of the Paulo Freire Training Center, located in Normandia Settlement in the city of Caruaru/PE.

The federal judge of the 24th Federal Court of Caruaru has accepted INCRA’s request and has ruled for the immediate repossession of the center,

“If there is no immediate eviction within the granted time limit, a warrant for the repossession will be issued, which will authorize the: a) the use of law enforcement, b) a forced break in, c) coercive conduction of the apprehended to the DPF, in case of resistance, d) the removal of possessions that are within the area being repossessed, e) relocation of any animals in the center to the “Curral de Gado” in the municipality of Caruaru/PE, and authorizing the permission to put them for adoption and/or be put down.”

Recalling that the Training Center belongs to the Normandy Settlement, which was created in 1998, but due to all the conflict and procedures, it was advised by the INCRA technical team that the headquarters should be used collectively for the training and formation of any residents of the State of Pernambuco and this has been how it has operated.

Immediately after the establishment of the settlement and in agreement with INCRA, the settler’ cooperative transferred the headquarters, plus the additional 14 hectares to create a space for training and apprenticeships of any residents of the State of Pernambuco.

Also in 1999, an auditorium was built, followed by accommodation quarters, and slowly we began developing and raising funds for the development of the Training Center that we have today. The Headquarters, accommodation area for 240 people, the auditorium for 700 to 800 people, a number of classrooms, telecommunication center, a youth center, was also developed in partnership with the government of the State of Pernambuco, the Academy of the Cities, currently called the Field Academy, a sports center, and recently a children’s day care, and with a partnership with FUP (United Federation of Oil Tankers), a kitchen and cafeteria were built and developed.

This training center evolved from being a center for the State of Pernambuco to being a training center for the northeast regions, even nationally. We have partnerships with the Caruaru City Hall to hold two school classes, and with the State Government we hold the course “Pé no Chão”. Today, we are teaching our 37th class.  “Pé no Chão” is our main course here at the center. It is taught in 3 stages, based on experiences and practices in agroecology, the course is offered to people of all ages living in the state’s camps and settlements.

We offer a variety of activities that have been held throughout the years, realizing partnerships with the state government through universities - and even through INCRA which has developed several training sessions with staff and technicians of the institution.

Through our history of development and achievements, several courses and partnerships have been held with various universities (UFPE, UPE, FIOCRUZ, UFRPE, UAG, IPA, and most recently, we established a partnership to have a geography course with UPE). In addition, a PhD in Agroecology. As well as the partnership with the University of the State of Pernambuco – UPE to hold the CRB – (Course in Brazilian Current Affairs) and partnership with the IF – Federal Institute to hold student internships; we had the first main  course in veterinarian agroecology in partnership with UFRPE Garanhuns Campus, UAG and IPA; it has been a space for teaching training in the schools of the settlements and the EJA CAMPO program in partnership with the Pernambuco State Department of Education, where have gathered more than 2,000 teachers; a specialized course in promoting the safety and health of the environment, 2017-2019 with the School of Government of Brasilia/Fiocruz-BSB with 55 students, a Free Course on promoting the safety and health of the environment and the workforce with the School of Government of Brasilia/Fiocruz-BSB – 2017-2019 with 40 students; Specialized course in Health Education with emphasis on training of multidisciplinary residency teachers in Health with the Institute – 2018 with 25 students with the Institute AGGEU Magalhaes/Fiocruz-PE; Multi-professional Residency in Family Health with emphasis on the health of the Campo population with the UPE, two classed per year, totaling 40 students; two classes for the Intercultural Indigenous Course; class in specialized Campo Education in partnership with the UPE Garanhuns Campus education more than 60 specialists; in addition to some many other courses and activities realized in this Training Center, that INCRA wants to terminate.

In other words, the Center has partnerships with almost all the existing State Institutions that directly or indirectly perform activities day by day, appropriating the structures provided by the Center.

The Center received the International Congress as a forum of the region, in addition to countless national meetings, however, it became a reference for training and to specialize in the field of agroecology.

Therefore, we see no reason for INCRA to request repossession besides an ideological motivation to impose a defeat for MST in the Pernambuco State, and so, in this moment, we are reaching for all the possible venues to prevent this insanity against the Paulo Freire Training Center and the Normandy Settlement from happening. Therefore, the judge orders that every community are be destroyed. It is worth remembering that in this space we have 3 agribusiness belonging to the Normandy agricultural cooperative, the agro-industry of processing meat, roots and tubers, breads and baked goods, which belong to the CPA of the Boleiras Collective.

The destruction of all this would be a huge setback. Faced with the tragedy that is upon us, we are calling each and every one to help us save the Paulo Freire Training Center.

Copy of Email Addresses and Petition