More than 200 entities reinforce motion against Bolsonaro at Hague Tribunal

Complaint against the president stalled in the hands of a prosecutor; endorsment may increase pressure to move forward 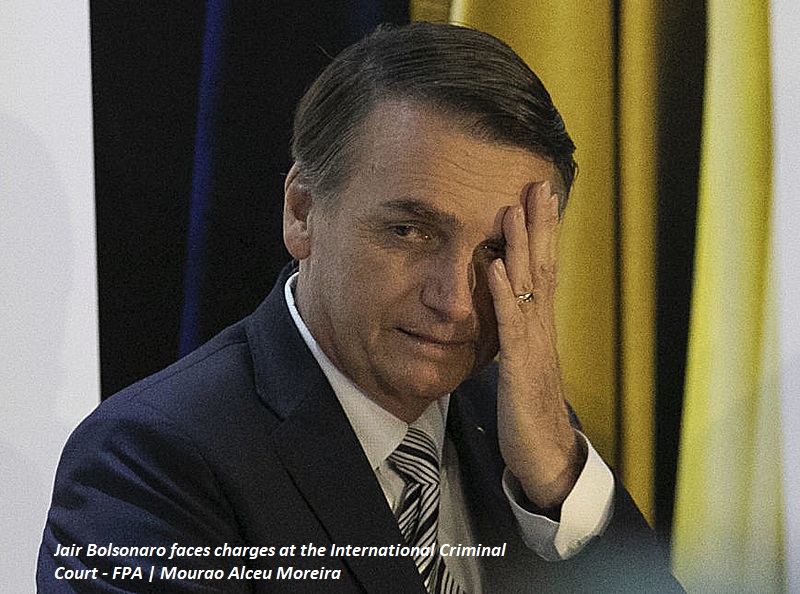 The Brazilian Association of Jurists for Democracy (ABJD) gained the support of 223 civil organizations, political parties and social movements in Brazil, in their motion against president Jair Bolsonaro at the International Criminal Court (ICC).

Last Tuesday (August 11th), support from these entities was officially filed at the Tribunal, as an endorsement of the charges pressed against the president, that seek his conviction for crimes against humanity. Among them, the motion mentions Bolsonaro’s exposure of Brazilian citizens to covid-19, by stimulating contagion and the proliferation of the virus.

Up until now, the ICC has not officially responded to the ABDJ’s filing, registered on April 3rd. The request has stalled in the hands of international criminal prosecutor Fatou Bensouda, who is in charge of analyzing the case.

Lawyer Ricardo Franco Pinto, who signed the document presented by the ABJD, affirms that support from these entities may pressure the prosecution to bring the case to trial.

“It helps in the sense of a collective request, so that prosecutors at the Court who decide whether or not to begin investigations, see that it is not just one association that backs the motion,” says the lawyer.

According to Franco, some jurists refuse to concede that the crimes committed by Bolsonaro will be seen as punishable at the ICC, a Tribunal that for the most part deals with war crimes. However, he highlights that with reinforced support, it is possible that this notion may be overcome by prosecutors.

“This is an alert, a cry for help, it’s an investigative necessity that is being requested by all of Brazilian society, represented by these entities, who speak on behalf of an wide array of Brazilians, I imagine millions of them. This is the main difference, before we had individual support, now we have collective support”, says the jurist.

The motion presented at the ICC lists a series of actions that the president of the Republic undertook and defended. Among them: pronouncements that call for the end of social isolation and the reopening of non essential services, the “Brazil Can’t Stop” campaign; appearances at political rallies and commercial venues, that stimulated large gatherings of the population, as well as a presidential decree that allowed for the reopening of churches and lotteries during the pandemic.

Created in 2002 with Brazilian support, the Tribunal indicts and judges exclusively individuals accused of promoting genocide, crimes against humanity, war crimes, and since 2018, crimes of aggression. The ICC has the jurisdiction to convict within Brazilian territory, seeing as the National Congress approved the inclusion of the Court’s charter in the country’s judicial system.