Military officers of the Presidency were in coup acts, bolsonarist advisor arrested and more

Information is part of a report produced by the Justice Ministry 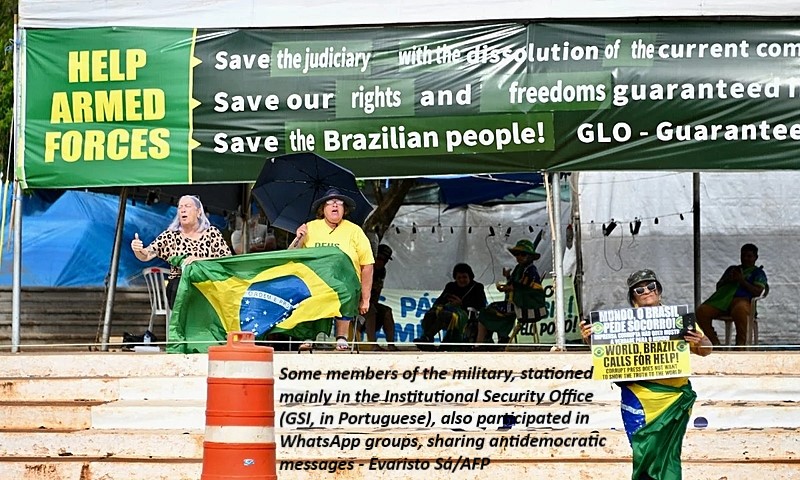 At least eight members of the military who worked in the Presidency during the government of former President Jair Bolsonaro (Liberal Party) participated in the coup-mongering acts in the Bolsonarist camp in front of an Army headquarter in Brasília, according to a report by the Justice Ministry to which Folha de São Paulo newspaper had access.

In these groups, images of military officers dressed in civilian clothing are being shared, as well as messages encouraging colleagues and their relatives to engage in the coup acts.

One of the photos shows Major Alexandre Nunes, a member of the Army, who allegedly said that Lula would not take office; Navy Sergeant Márcio Valverde; and a man who introduces himself as Air Force Sergeant Azevedo.

Another man identified among the group members is Ronaldo Travasso, who said he would shoot his own brother if he supported Lula. “I'm not kidding. I mean it. Those who support Lula are terrorists. They deserve death or should move away because they are hopeless,” said Travasso.

Carvalho, dubbed CVC, is one of the leaders of the far-right group “Direita Campos", from the city of Campos dos Goytacazes, in the northern area of Rio de Janeiro. Before his arrest, he was considered a fugitive. 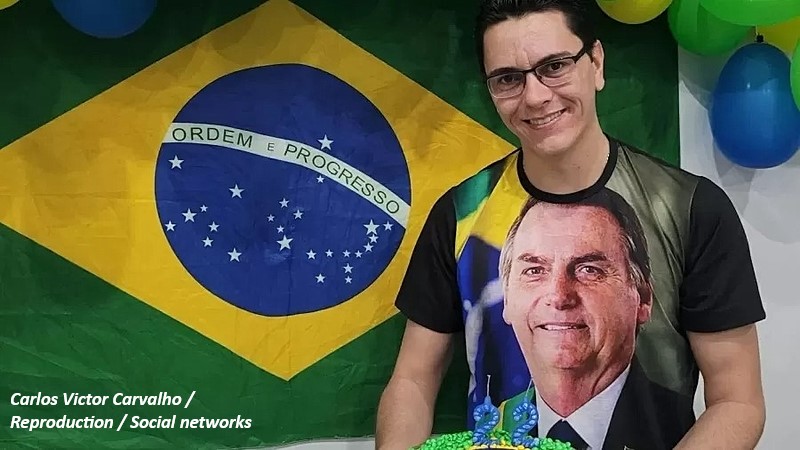 CVC is the third person arrested by Operation Ulysses, which is investigating leaders who blocked highways in Campos dos Goytacazes, people who participated in the acts in front of Army headquarters, and whether they participated or contributed somehow to the January 8 coup attempt. Two people have already been arrested: sub-lieutenant Roberto Henrique de Souza Júnior and confectioner Elizângela Cunha Pimentel Braga.

Anderson Torres, former Justice Minister and Former Secretary of Public Security of the Federal District, will testify for the second time to the Federal Police next Monday (23) at 10:30 am.

The new testimony was requested by Torres’ defense, according to a document signed by police chief Raphael Soares Astini, who asked Supreme Court (STF, in Portuguese) Minister Alexandre de Moraes for authorization for the hearing.

On Wednesday (18), Torres remained silent during his first testimony to the Federal Police. He has been arrested since January 14 following an STF order and is accused of omission in the context of coup acts by Bolsonaro supporters. 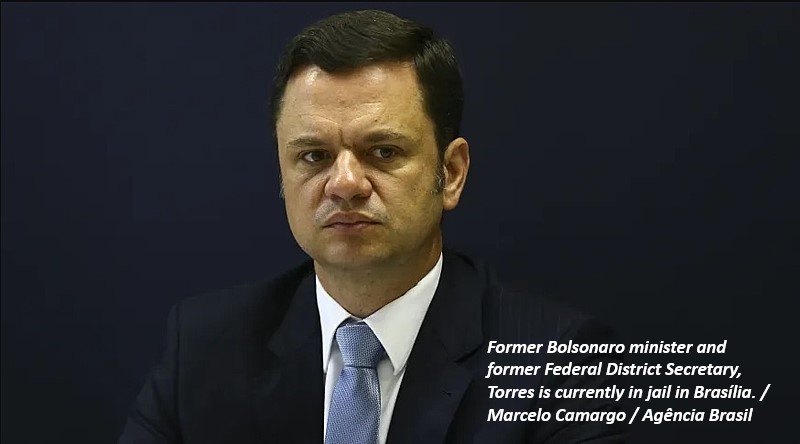 On the day of the criminal acts, Torres was abroad, reportedly on vacation in the United States. However, according to the federal intervenor in Public Security of the Federal District, Ricardo Cappelli, Torres should not be on vacation. "He travelled even though he was not on his official vacation period. It was published in the Federal Register and was scheduled to start on January 9. Therefore, on January 8, Torres still was the Secretary of Public Security of the Federal District,” he said.

During a search and seizure operation at Torres’ house, the Federal Police found a coup-mongering draft decree. The document authorized Bolsonaro to declare a “defence state” in the headquarters of the Supreme Electoral Court (TSE, in Portuguese) to revert the result of last year’s presidential election.

Attorney General of the Union rises to 18.5 million reais the request to freeze assets of coup backers

Brazil’s Attorney General of the Union (AGU, in Portuguese) requested to the Federal District’s Court an increase in the value of assets to be part of the freezing order that includes money and assets of individuals and companies on suspicion of involvement in the criminal attack by Bolsonaro supporters on January 8.

"In this context, in view of the latest information, it seems the estimated value of the damages is undersized. That is why the Union went to the court to request the addition of the initial to amend and add a new element to the cause of action, plus a new request regarding the increase of the damage once established as a parameter for the granting of a precautionary measure," reads the AGU document.