Focus of the actions is the fight against the proposal of reform of the Social Security, of the coup government of Michel Temer. 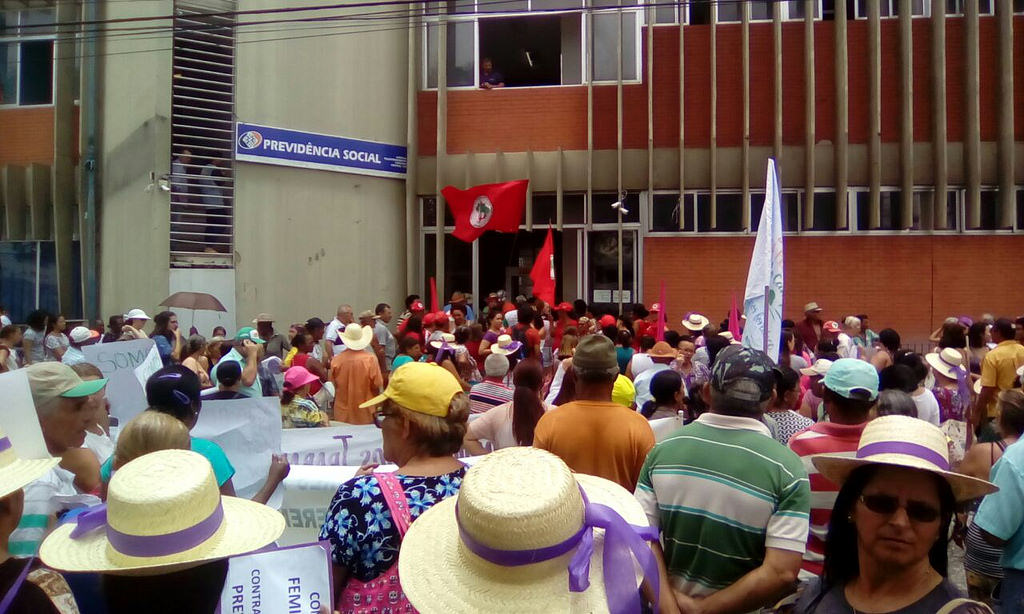 Finally came the 8th of March, a date so expected by all popular movements, and this year has assumed a character of confrontation with the agenda of the coup government, which seeks to deepen the gender inequalities already so entrenched in our society.

Throughout Brazil, mobilizations have taken place since the beginning of the month, in a Day of Struggle featuring the popular fighters of the countryside and the city. And in Pernambuco it has not been different.

In Caruaru, in the interior of the state, about a thousand militants gathered at eight o'clock in the morning and went on a march through the center of the city. The first stop was in front of the City Council, where the movement delivered a letter of denunciation about the low representation of women in the municipal legislature, which now has only one woman. The document also had the intention of pressuring the parliamentarians to stand against the reform of the Social Security. Then the march went to the city hall and occupied the headquarters of the INSS (National Institute of Social Security) to shout loudly "no to Social Security reform, it is for the life of women," a theme that marks the struggles of this year.

The organizers of the act estimate that more than a thousand women participated in the action led by the Feminist Front of the municipality, an initiative that seeks to bring together the movements and parties that make the fight for popular feminism. The MST, which mobilized peasant workers from neighboring municipalities - São Caetano and Altinho, the Popular Youth Rising, the World March of Women, Fetape [Federation of Agricultural Workers of Pernambuco], Cut [Central workers Union], MMTR [Movement of Rural Woman Workers], STR , the collective Olga Benário [German-Brazilian communist deported back to Germany to die in concentration camp], UJS [Union of Socialist Youth] and the Brazil Popular Front, represented by several organizations. 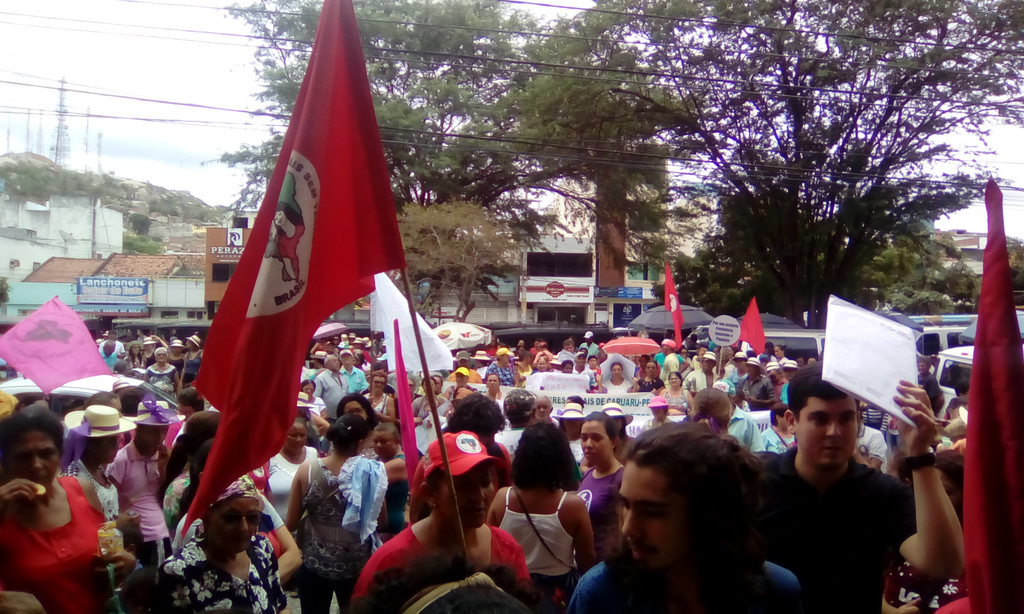 Still in the interior of the state, there were mobilizations in Petrolina, where 500 women occupied Codevasf (Development Company of Vale [giant mining company] of São Francisco and Paraíba); In the Mata Norte, 150 women from the MST, the Pastoral Land Commission (CPT) and Fetape (Federation of Agricultural Workers of the State of Pernambuco) met; inPalmares, in the Zona da Mata Sul, where a demonstration was held with 150 fighters; and in Floresta, where 300 women occupied the headquarters of the INSS.

In the capital Recife, the women of Via Campesina occupied the INSS Agency on Mario Melo Avenue, downtown. Some 700 women took part in the actiont against the pension reform proposed by Temer.

These mobilizations denounce the cruel effects of Social Security Reform on women's lives, as the measure aims to match the minimum retirement age for men and women, without taking into account women's double and triple working hours, as well as the greater Difficulty in insertion into the labor market and the gender pay gap. The measure further deepens the gulf between countryside and city, when it removes the "special" regime for rural workers.