Lula to Landless Workers' Movement: “We are on the right side of history” 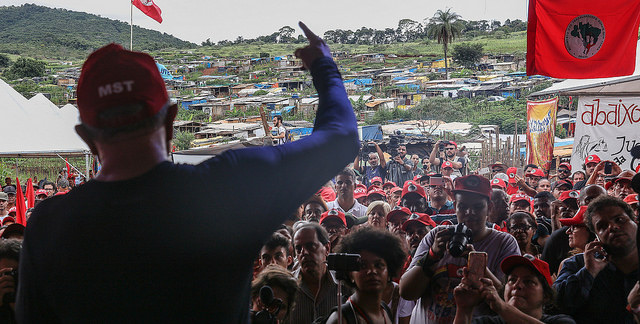 Brazil’s former president Luiz Inácio Lula da Silva, who is being held at the headquarters of the Federal Police in Curitiba, has sent a letter through his lawyers to thank the Landless Workers’ Movement (Movimento dos Trabalhadores Rurais Sem Terra – MST) for the continuing support he has been receiving from the movement. In his message, Lula thanks supporters who are camping outside the Federal Police building since he turned himself in on April 7th and sing “good-morning” chants every morning to the ex-president. “More than anyone else, the MST knows what it is like to feel the pain of injustice,” Lula wrote. 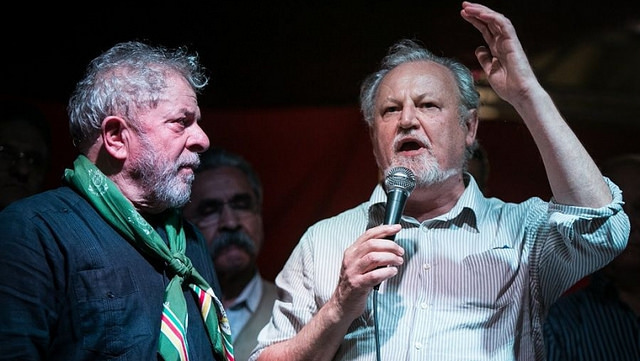 I know that a lot of the voices who wish me “good-morning” every morning are coming from fellow comrades of the Landless Workers’ Movement. More than anyone else, the MST knows what it is like to feel the pain of injustice and persecution, and face fabricated and manipulated charges, countless arrests, and the death of comrades who fight for land and a decent life.

The dedication, solidarity, and love you have showed me during our caravan tours across Brazil remain solid and strong after all the unlawful attacks that have happened upon me. I am sure all of us will come out bigger and stronger of this situation. We are on the right side of history. To all of you who believe in my innocence and fight against injustice, I am forever grateful.