Literacy and Agroecology Campaign: solidarity and hope among African peoples

The MST Internationalist Brigade Samora Machel in Zambia has been active in Africa since 2008, on the fronts of education, agroecology and women's organization 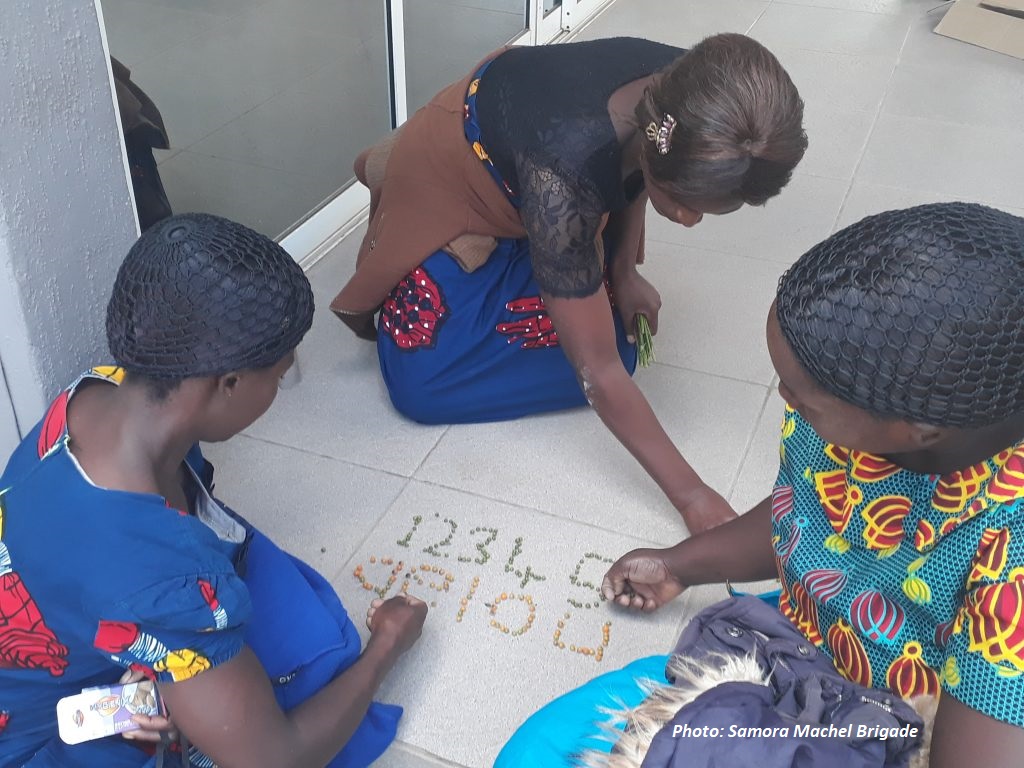 The MST Internationalist Brigade Samora Machel, located in Zambia, has been active in Africa since 2008. To bring solidarity to the peoples of the mother continent, the Brigade has worked on three central axes: education, agroecology and women's organization.

More recently, as of November 2020, the literacy efforts of the Zambian population took on a greater dimension with the Fred M´mbembe Literacy and Agroecology Campaign, carried out in partnership between the MST and the Socialist Party of Zambia. The campaign has the challenge of educating thousands of people in the country's official language, English, in addition to taking agroecological practices to the interior of the country, where most rural workers live.

“(…) English being the official language then, it means a lot to them (Zambians), because they have to be able to read the documents”, says Chanda Hilton Sibote.

Zambia has many singularities, one of which is the enormous cultural and linguistic diversity, around 70 dialects spoken in the country. However, in the case of English, the rate of people who do not read or write in this language reaches 55.3%. According to Chanda Hilton Sibote, national campaign coordinator and member of the SP (Socialist Party), “all documents that are really from the government, most of them are printed in English. And English being the official language then, it means a lot to them (Zambians), because they have to be able to read the documents.”

Therefore, the Literacy and Agroecology Campaign will give the Zambian people the possibility to exercise fundamental rights, such as that of child vaccination. Still according to Sibote, "vaccination cards for children under 5 are also written in English, so if a mother cannot read and write and she has the card, she will not know what is actually written on the card." 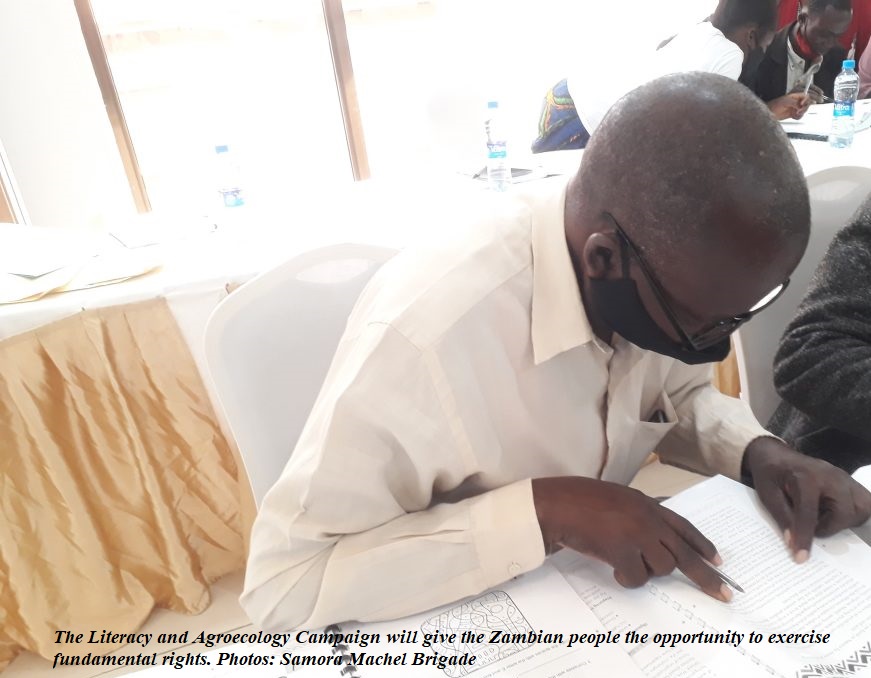 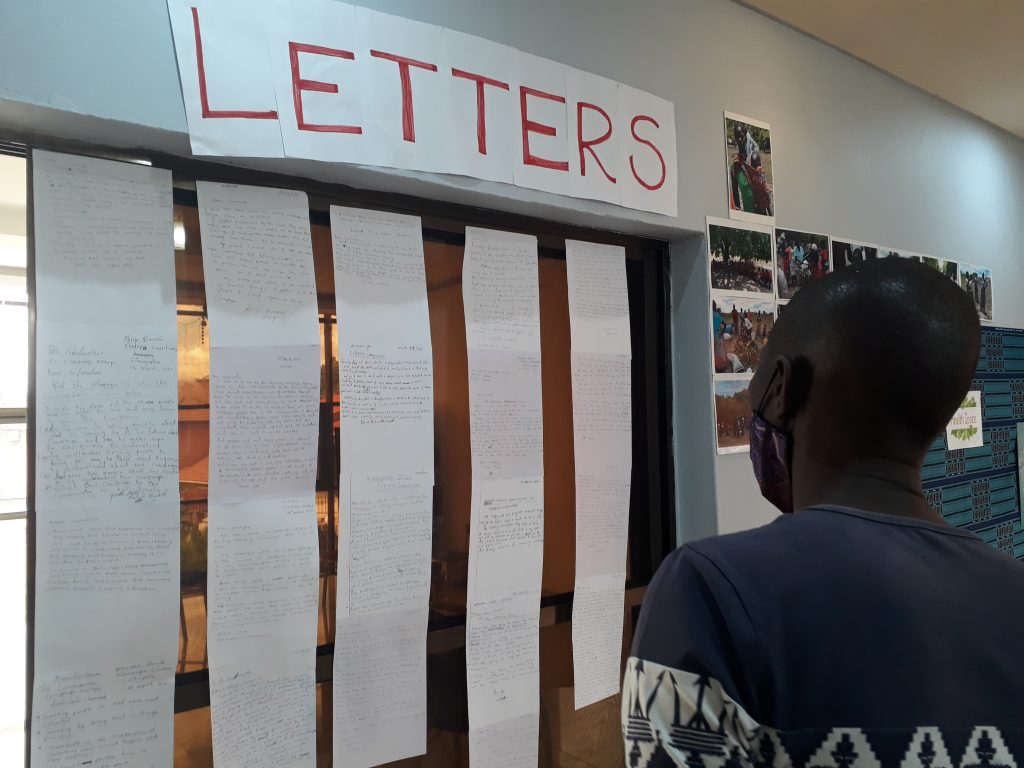 Inspired by the Speak, Read and Write words and the world method, the campaign will extend across the country prioritizing regions where English-language illiteracy rates are highest, such as Western, North West and Luapula Province where illiteracy rates among the population of these regions reach 47.3%.

The challenge of literacy for women in Zambia 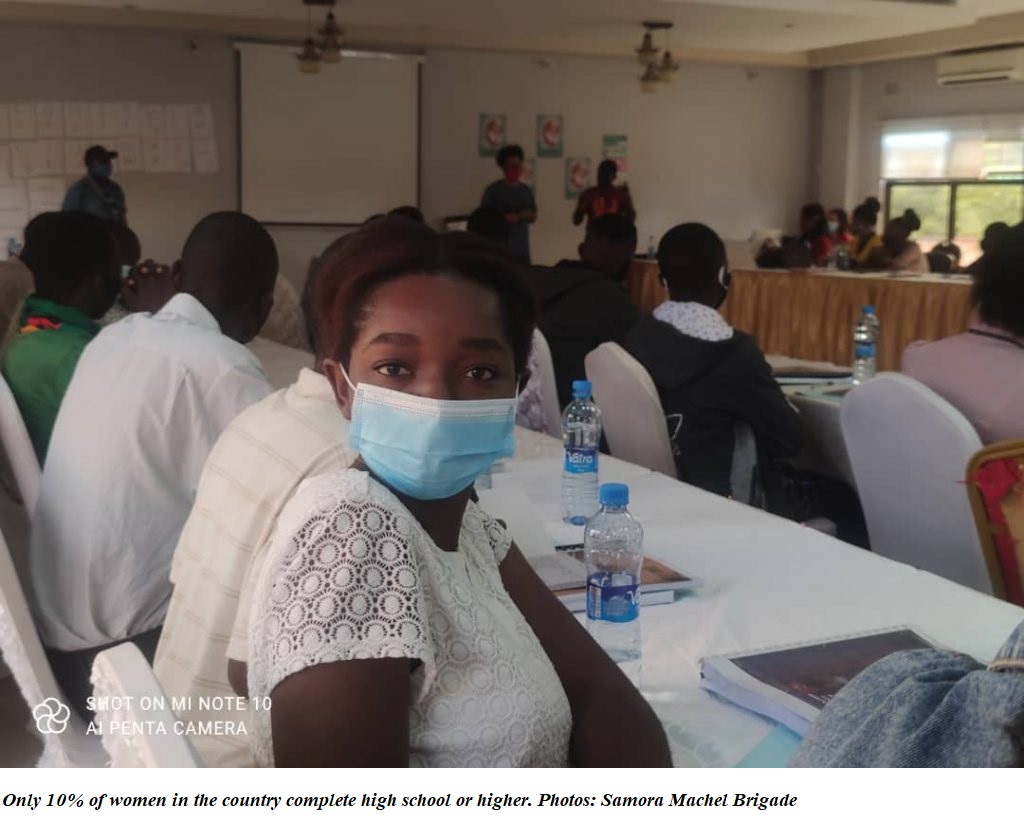 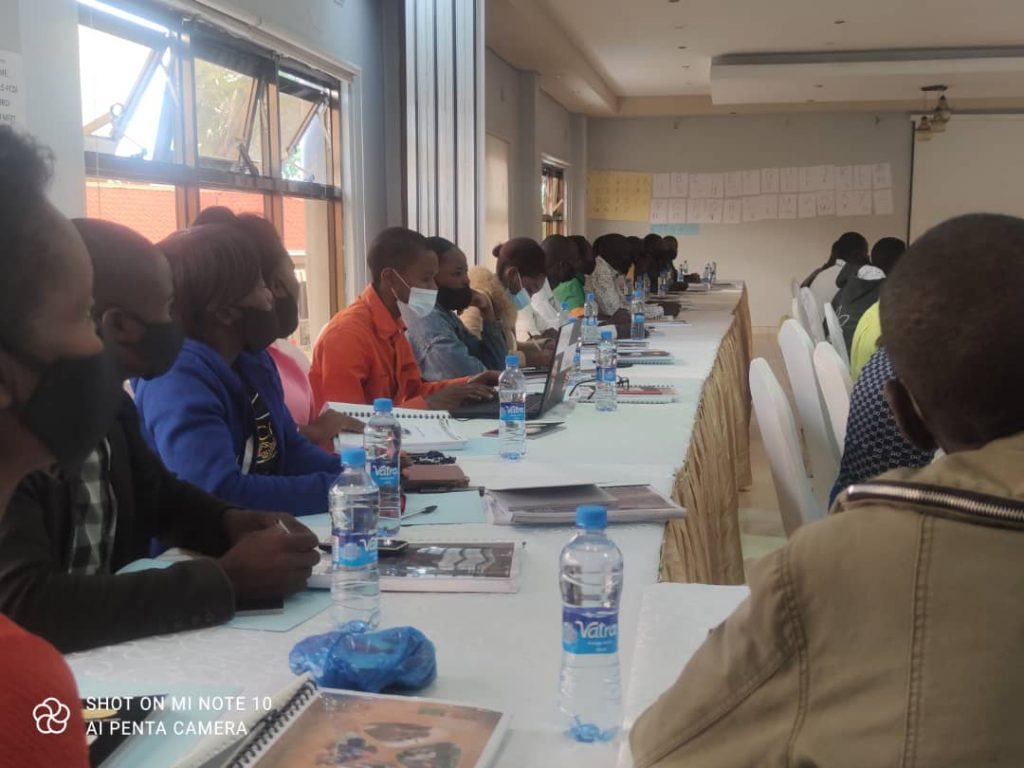 According to data from the Demographic and Health Survey of Zambia (ZDHS), women are the group with the least access to formal education in the country, with only 10% of women in the country completing secondary or higher education, a difference of 7% in relation to men.

In Zambia there is no fully public education. People entering school complete the primary years of basic education funded by the State, up to the sixth or seventh grade, and then are forced to bear various fees and costs, which in practice make it impossible for a large part of the population to continue studying.

In addition to these barriers, there is the problem of the infrastructure itself. In many regions of the country, schools are a long way from homes, often forcing students to travel great distances to get to school.

In the case of women, the reality is even more challenging if we consider the sexual division of labor. Even according to data from the ZDHS, the fertility rate in the country had a slight increase compared to previous decades. Records show that Zambian women have an average of 5 to 6 children. In this scenario, many women are forced to drop out of school when they become mothers and start taking care of their homes and children.

Martha Daka, coordinator of the Socialist Party's education front and national coordinator of the Literacy and Agroecology Campaign, talks about the reality of the territories she will serve during the campaign. “Northern Province, Muchinga Province, Luapula Province. 1,800 people will be literate in these three territories. Many of them are illiterate, they did not go to school and live on family farming.”

“One of the challenges is poverty. That is why women in Zambia stop going to school, they do not have the money to pay the fees”, states Martha Daka.

Regarding the access of Zambian women to formal education, Martha says that, “one of the challenges is poverty. So, women in Zambia stop going to school, they have to pay school fees in full, but they don't have the money to pay the fees.”

English as an official language is also a necessity for access to the world of work and the independence and freedom of Zambian women, reports Martha. “The other thing is the woman, if she does not know how to read and write, she cannot feel liberated, she cannot feel as if she defends her rights. The changes in the life of the woman (who learns English); one is that you can communicate with everyone and the other is that you also improve in the health area. It helps women to discover what to do in life. You know that when someone doesn't know how to speak English, they can't find a job […]. So, it really helps for a woman to speak English, because she can break free and help herself and be able to communicate with others.”

Agroecology and health of the Zambian people

The Literacy and Agroecology Campaign aims to dialogue with peasants on agroecological production practices. In Zambia the rapid urbanization that started in the 1980s concentrated a large number of people in the country's two main urban areas, Lusaka and Copperbelt. While 44% of the population is concentrated in urban areas the rest of the population is spread over the vast rural areas of the country.

With an economy concentrated in the sectors of copper extraction and in the tourism sector, agriculture in Zambia is composed, for the most part by small farmers. The vast majority of families live on subsistence agriculture. In this context, the campaign can contribute to these families in advancing the production of organic food. 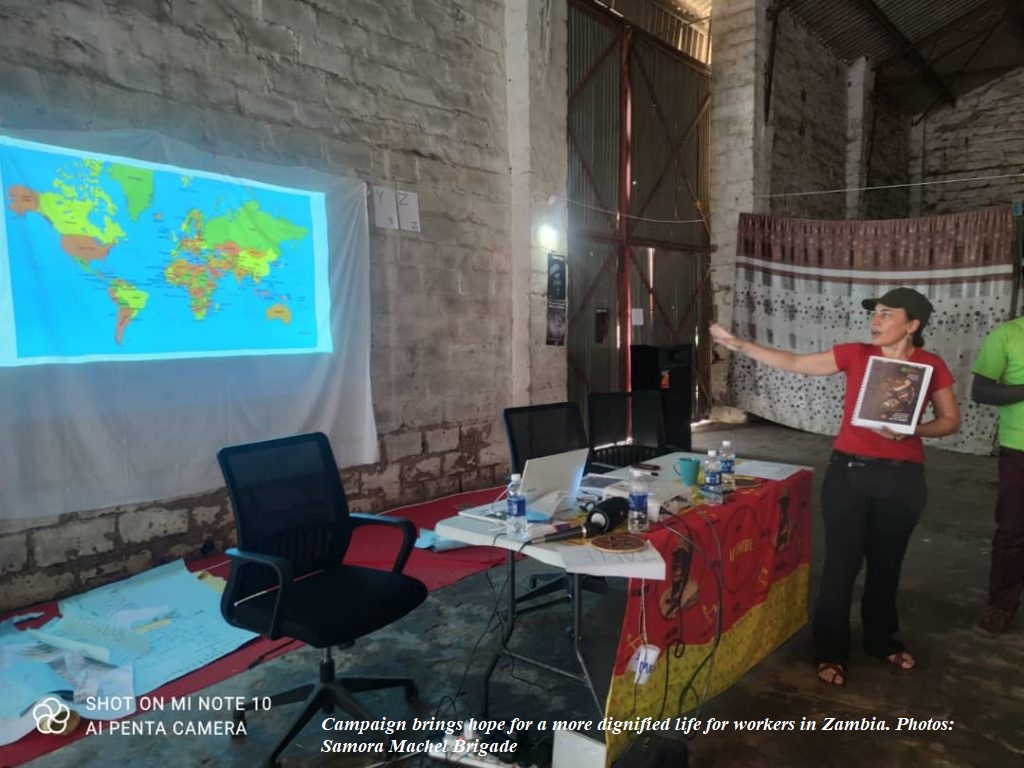 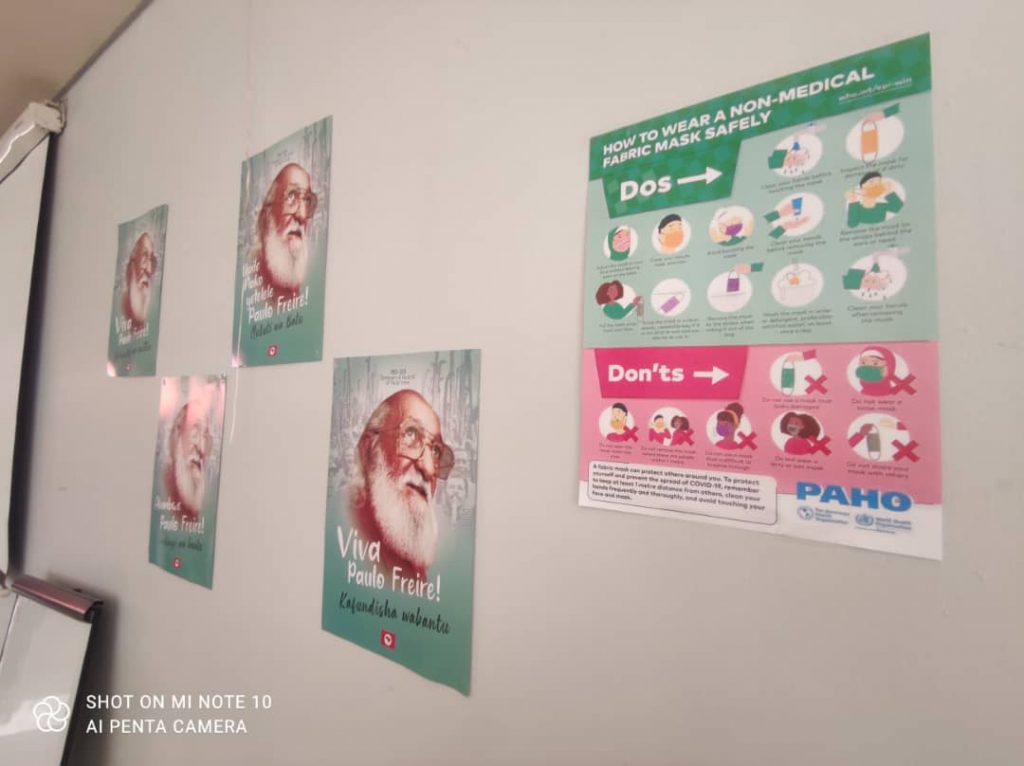 For Graster Mundi, coordinator of the Socialist Party's production and agroecology front and national coordinator of the Literacy and Agroecology Campaign, the relationship between literacy and agroecological production occurs insofar as, “any production requires a little knowledge. It requires a little understanding and knowledge that are products of literacy. People must be educated to know what they produce. You cannot produce meaningfully if you do not understand what you are producing. So, the organic production we are trying to do must be combined with the literacy program we are building.”

For him, agroecology is also of great importance for the health of the Zambian people. “Basically, agroecology is the production of healthy foods, and if you look at the diseases that the body is experiencing today, basically these problems that we have in our health are because the food that people eat is genetically modified organisms. Agroecology is the system that produces health, so you have a healthy population.”

In the words of Comrade Graster, the production of healthy food is not a priority of the capitalist system. “We are eating food that is not healthy, we are eating food that is chemically pulverized. Feeding on the food that is basically growing for the profit of advanced capitalism in this country [...], we are producing not to feed our people, but producing to make a profit. So health is not the main objective of governments under capitalism, so our focus now is on how to change the course of things, how to start producing healthy food to give our people a healthy lifestyle.”

The Fred M´mbembe Literacy and Agroecology campaign will continue as the main activity of the Samora Machel Brigade in Zambia in the coming months. Taking all precautions for social distance and sanitary measures necessary to avoid the proliferation of Covid-19, the Campaign offers hope for a more dignified life for Zambian workers.