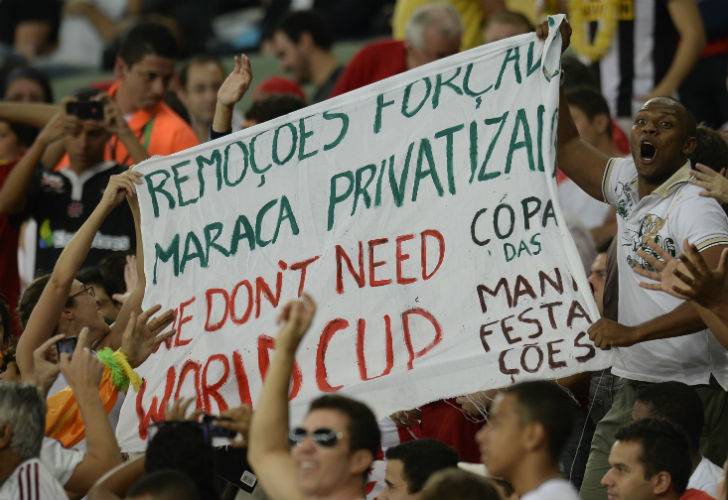 São Paulo to evaluate the mobilizations scenario in Brazil and how to create a unity among themselves to act in these demonstrations.

The assessment made by organizations is that the demonstrations, which began around reducing the rate of public transport in the city, has a progressive character, as it seeks the expansion of various social rights for the youth and the working class, outraged by the situation in which they have lived for years.

However, the right organized attempts to give direction to the movement, emphasizing nationalism and exploiting the common sense that political organizations are the cause of the problems of the country, saying the demonstrations are a people that, united, do not need parties or organizations.

Thus, the right begins a process of incitement to hatred of workers' organizations, responsible for building struggles and mobilizations, so that they are prevented from actively participating in the demonstrations with their progressive agendas, trying to end the class character of, and fight for, concrete rights by the mobilizations.

Violence, both verbal and physical, caused by this group of skinheads and neo-Nazis, that the social movements, political parties and trade unions have suffered at the time of last Thursday (06/20/13) in São Paulo, and reveals that the ability to use the right feeling of indignation against the policy [increased transit fares, etc.] to oust organized working class actions.

Facing this, organizations present assessed that it is time to unite, building a unitary political platform and organize to bring the agendas of the working class mobilizations, such as the democratization of the media, the reduction of working hours, the suspension of the pre-salt [off shore oil/gas drilling] auctions, political reform and priority investment of public resources in health and education, politicizing this form in the streets and the popular demonstrations.

Violence must be opposed, but one must keep in mind that it is caused mainly by groups of the extreme right, and not by the majority present in the actions, which ends up being manipulated by these groups. The organizations estimate that they must be present in the streets to compete in the consciousness of these people, plus hold a national day of joint struggles to claim their agendas and show their strength.

Present at the meeting were organizations such as the World March of Women (WMW), the Central Union of Workers (CUT), the Via Campesina, the National Union of Students (UNE), Unified Socialist Workers Party (PSTU), Intersindical, Socialism and Freedom Party ( PSOL), the Workers Party (PT), among others. Meetings like this are being held in other states, such as Rio de Janeiro, Brasilia and Minas Gerais.