In the municipality of Chapecó, about 5,000 protesters marched through the city's streets in order to dialogue with the population and add strength to the mobilizations taking place across the country on March 8, 2017, International Women’s Day. 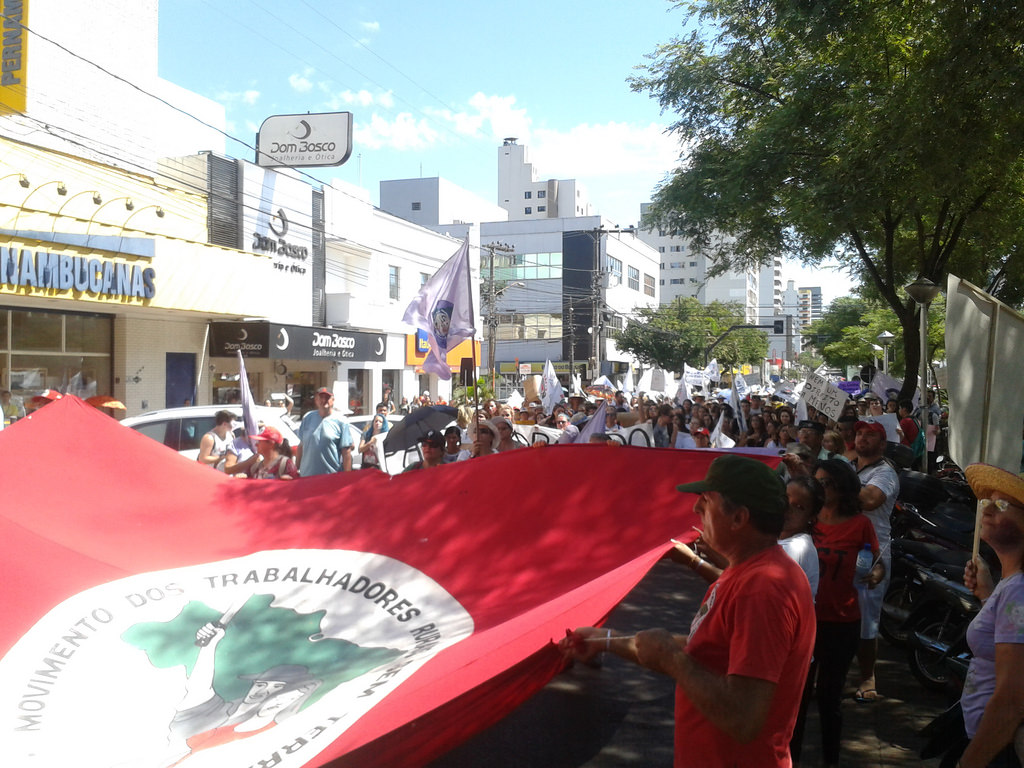 In the morning of this Wednesday (March 8), hundreds of Landless and women members of other popular movements took to the streets in various regions of Santa Catarina. The mobilizations are part of the National Day of Women's Struggles against Social Security Reform and against the withdrawal of rights.

In the municipality of Chapecó, about 5,000 demonstrators take a walk through the city's streets in order to dialogue with the population and add strength to the

Mobilizations that happen throughout the country.

There are also mobilizations in Florianópolis, Lages, São Miguel do Oeste, Caçador and Criciúma. According to Sirlei Gasparetto of the Movement of Peasant Women (MMC), "the right to Social Security is guaranteed in Article VI of the Federal Constitution, therefore, this right won by workers must be maintained at all costs.” 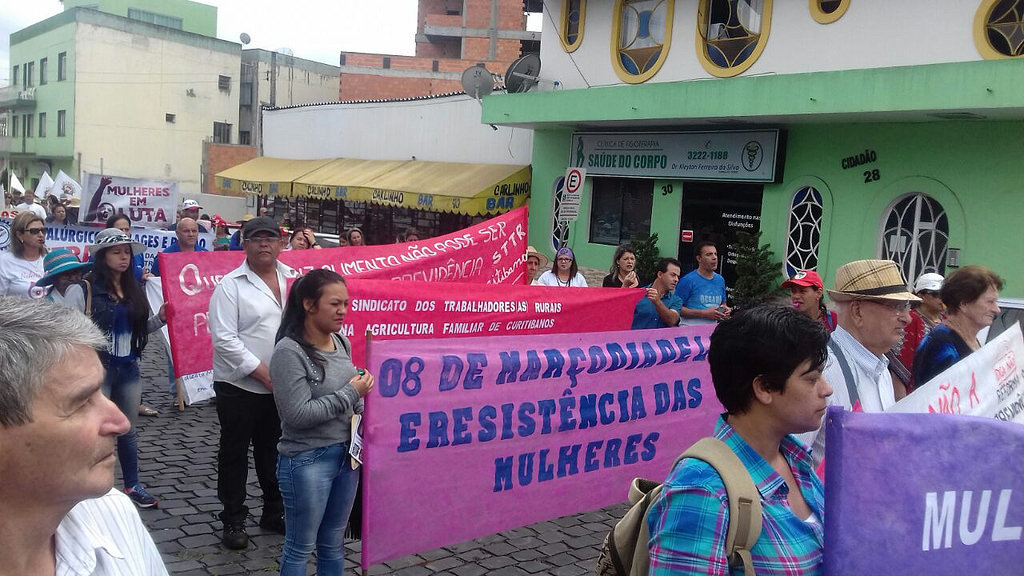