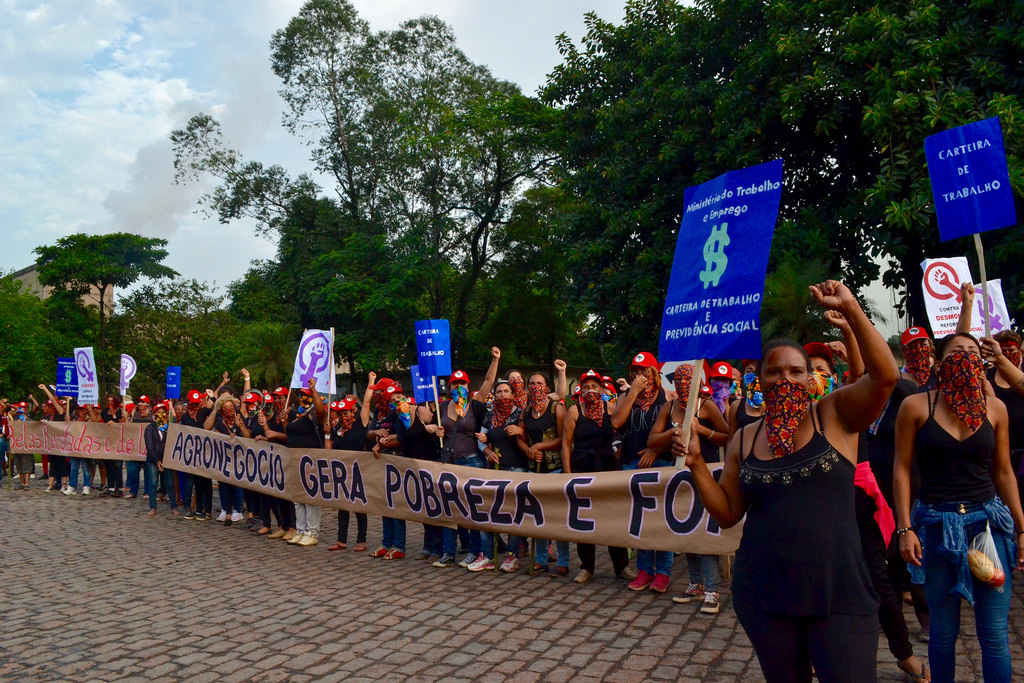 On Tuesday (March 7) morning, about 1,500 landless rural workers occupied Vale's fertilizer unit in Cubatão, on the edge of the Cônego Domênico Rangoni Highway, 40 km from the state capital of São Paulo.

The Landless Women, who are on a struggle throughout the country, denounced Vale for defaulting on the transfer of contributions to the National Institute of Social Security (INSS). The company's debt is R$ 276 million.

A national leader of the MST, Nívia Silva, comments that one of the main arguments of the Temer coup government to make the social security reform is the debt that accumulates. However, it does not charge companies that waive contributions to the INSS.

"The debt of these companies amounted to R$426 billion, four times the deficit claimed by the government. Only 3% of the companies account for more than 63% of the social security debt. That is, the slowness of justice, the complexity of Brazilian tax legislation and the government's installment programs are one of the main factors that explain the high social security debt in the country," says Nívia.

Among the largest INSS debtors are Bradesco, Caixa, Marfrig, JBS and Vale. Of the 32,224 companies that owe more, only 18% are defunct. The vast majority, or 82%, are active. The peasants denounce that women are the first to suffer from the consequences of the coup  program, especially in the counter-reform of the Social Security. 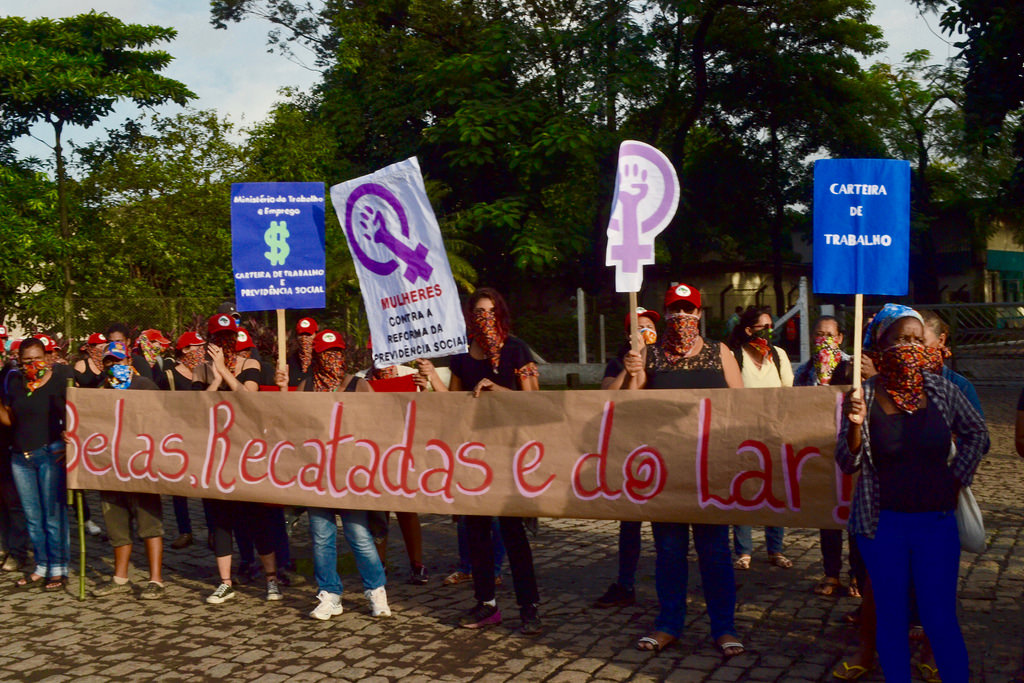 With the proposal of the illegitimate government of Temer for social security, there will be the minimum age to apply, between 65 and 70 years, disregarding the real differences in working time. Rural workers will have the same criteria as urban workers to retire, disregarding the differences and risks of field work. And women will have the same retirement criteria as men. The reform ignores the double and triple working hours faced by women.

"This proposal is yet another coup by Temer in the rights of the working class. The real objective of this counter-reform is to privatize pensions and turn workers into banks, so that they can increase their wealth with private pension funds," says Esther Hoffmann, of the MST's national directorate in Minas Gerais.

In addition to owing R$ 276 million to the INSS, Vale still leads the list of largest debtors registered in the Union's outstanding debt. These are 41.9 billion reais. The active debt consists of all tax credits or non-tax credits regularly registered by the Attorney General of the National Treasury after the deadline set for payment has elapsed.

"It is not a crime to be in debt in our country, legislation is not rigid in this respect and large business groups benefit from it, they question values ​​in the courts and they are stalling leavingg the worker with the losses," explains Esther.

Vale has become a cancer for Brazil, spreading pollution, environmental destruction, abuse and violations of workers' rights wherever it is located. In January of this year, a fire struck unit 2 of Vale Fertilizantes in Cubatão, on the margins of the Cônego Domênico Rangoni Highway. The reason was a leakage of ammonium nitrate and sulfuric acid into the atmosphere, products considered highly toxic and harmful to humans and the environment.

The women also remember the crime of Mariana, where 19 people died and hundreds were left homeless. Tons of fish were killed and many cities lost their source of water intake due to the destruction of the Rio Doce.

In addition to these, Vale is also responsible for numerous environmental disasters in the world. It integrates the economic model of exports of minerals, soybeans, sugarcane, cattle, eucalyptus, among others. While few are enriched by the fruits of work, workers remain precarious, unsafe work, unemployment, food filled with pesticides and diseases caused by these agents of capital.

Women in the Day of Struggle

The action in São Paulo is part of the National Day of Struggles for Landless Women, which began this Monday (March 6) in Brazil.

With the motto "We are all awake! Against Capital and Agribusiness. No one with less rights!," the peasantry denounces that women are the first to suffer from the consequences of the coup program of cutting rights and defend social security, for everyone and with solidary.

The paper also denounces foreign capital in Brazilian agriculture through transnational corporations, drawing society's attention to the destructive agro-business model for the environment, threatening the country's food sovereignty and the life of the Brazilian population, directly affecting Women's reality.

"The agro-hydro-mining export model cannot continue to be the basis of the Brazilian society's economy. We denounce this coup government that, in connivance with foreign capital and the large transnational corporations, promotes the withdrawal of our rights and smashes our constitution," says Nívia.

In addition, the struggles denounce impunity for violence against women workers and peasants.