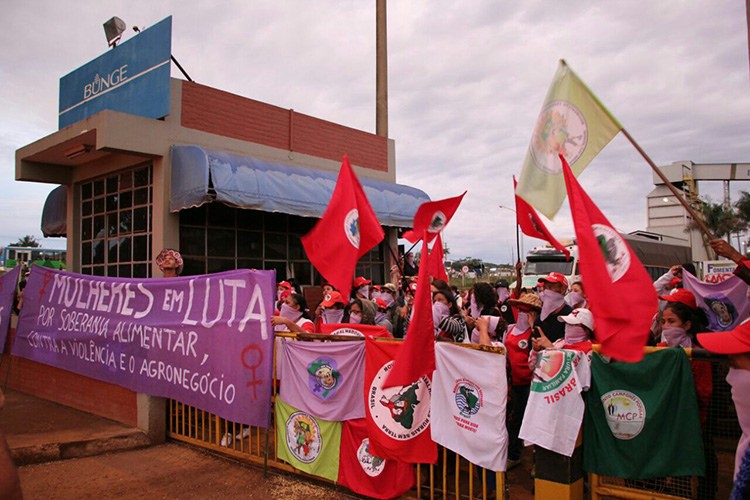 Throughout this Monday (3/9/15), Brazil dawned with diverse mobilizations of rural women. To date, more than 15,000 women participated in the actions in at least 15 states, with marches, occupations and blocking highways.

Some states, such as Rio Grande do Sul, Rio de Janeiro, Santa Catarina and Minas Gerais will have actions throughout this week.

The actions are part of the National Day of Struggle of Rural Women in denouncing the agribusiness model in the Brazilian countryside and proposing agroecology as an alternative to foreign capital in agriculture.

In Luziania, near Brasília, about 800 women organized by Via Campesina occupied the multinational Bunge. According to the women, Bunge is one of the transnational corporations representing foreign capital in agriculture. 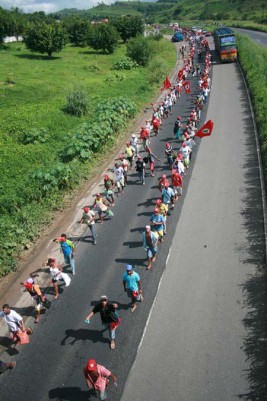 In Bahia, 6,000 people participated in this second a march towards the capital Salvador. The march came out of Feira de Santana and will travel 116 km. Another 150 peasants of the Small Farmers Movement (MPA) came out to march to the headquarters of the National Institute of Social Security (INSS) in the city of Vitória da Conquista.

About 450 women of the MST occupied on the morning of Monday (9) of the Mill Plant Giasa, in the village of Pedra de Fogo, in Paraíba. In the afternoon, while the men helped to set up camp on site, the Landless joined with women from other organizations and occupied the headquarters of the National Institute of Colonization and Agrarian Reform (INCRA), in João Pessoa. In all, more than 650 farmers participate in the action.

In Goiás, more than 1,500 women of the MST, People's Peasant Movement (MCP) and the Federation of Workers in Family Agriculture (Fetraf) occupied the Secretariat of Farming. In the afternoon, the peasants occupied the headquarters of the National Supply Company (Conab), in the capital. They demanded the approval of the Law to Strengthen Family and Peasant Agriculture, fought in the state's Civil House. The law creates a fund with 0.5% of the annual budget of the state government for public policies for peasant agriculture.

In Mato Grosso, after a march by the city of Caceres in the morning of Monday (3/9), about 300 women of the MST occupied the

Fazenda Rancho Verde in the same city, 220 km from Cuiabá.

In Rio Grande do Norte, landless women blocked five highways in João Câmara region. Each blockade had about 200 farmers. On Tuesday (3/10), they will add to other members of the Movement and proceed to the headquarters of the National Institute of Colonization and Agrarian Reform (INCRA) to discuss guidelines related to the settlements of the region, such as building schools and health clinics.

In Quixeramobim, Ceará, about 300 women of the MST and the Federation of Agricultural Workers in the State of Ceará (Fetraece) held a march through the city's streets against agribusiness and violence against women. Following the peasants occupied the Legislative Assembly, where honored the various fighters, especially Maria Lima, one of the founders of the Movement in the state. In the afternoon, they will gather for a training course for women only. 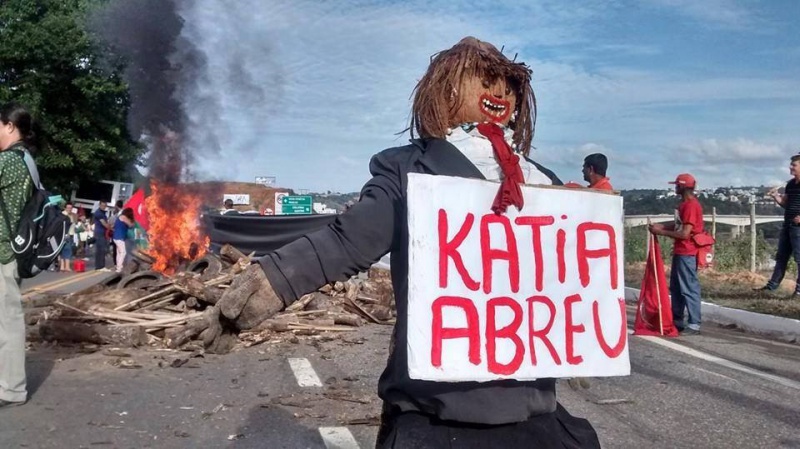 
In Espírito Santo, some 1,000 women from various rural organizations held a march through the town of Colac. During the action the peasants blocked the highway ES 259, toward the capital. Another 100 families occupied the Fazenda Nossa Senhora da Conceição, near Linhares.

In Recife, Pernambuco, over 600 women of the MST, the Rural Youth Ministry (PJR), Pastoral Land Commission (CPT), Popular Uprising of Youth and World March of Women (WMW) occupied the headquarters of the Ministry of Agriculture and the State Department of Agriculture. 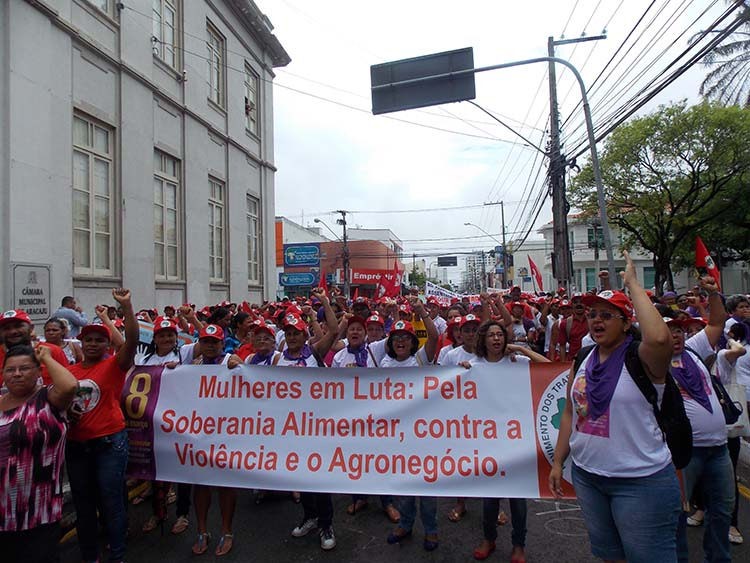 of Home and World March of Women left the capital's streets in celebration of International Women's Day.

The traffic circle of BR 316, in the city of Picos, Piauí, has become a great school, called "asphalt school", organized by the Movement of Small Farmers (MPA) and the Popular Uprising of the Youth. The objective was to report the scrapping of the rural schools in recent years, when more than 37 thousand schools in the countryside were closed.

In Tocantins, more than 250 women blocked the Belém – Brasilia Highway (BR 153) in the city of Guaraí.

In Maceió (AL), women occupied since Sunday night 3/ (8) the headquarters of the superintendent of the Ministry of Agriculture, Livestock and Supply. The peasants denounce the devastating production model of cane sugar and the current intensification of eucalyptus plantations in the state.

In Pará, the MST Women perform activities since the 5th of March. At the time, the landless, together with other representatives of social movements, left parties of militants held a rally in support of Venezuela and the release of the video "My Friend Hugo," director Oliver Stone, which chronicles the life of former Venezuelan President Hugo Chavez at the Cine Olympia in Belém.

In Marabá, southeast of the state, about 300 women of the MST held a formation meeting from 6 to 8 of March, about the reality of rural women in southern and southeastern regions of Pará.

On Saturday an agroecology fair was held in a square in the city center, with marketing of products produced in the settlements and camps in the region. Sunday (3/8), in the capital, the peasant performed along with other feminist organizations, a walk through the streets against violence, by rights and by popular referendum.

On Thursday (3/5) last, about 1,000 women of the MST occupied the headquarters of Suzano/Futura Gene Company in Itapetininga (SP), in order to stop the vote to release the transgenic eucalyptus plantations in Brazil. In addition, another 300 peasants occupied the National Biosafety Technical Commission (CTNBio), which was holding the meeting would release eucalyptus.
-
Carolina Cruz
Secretary General
National Secretariat of the MST - Toronto, ON
http://www.mst.org.br/