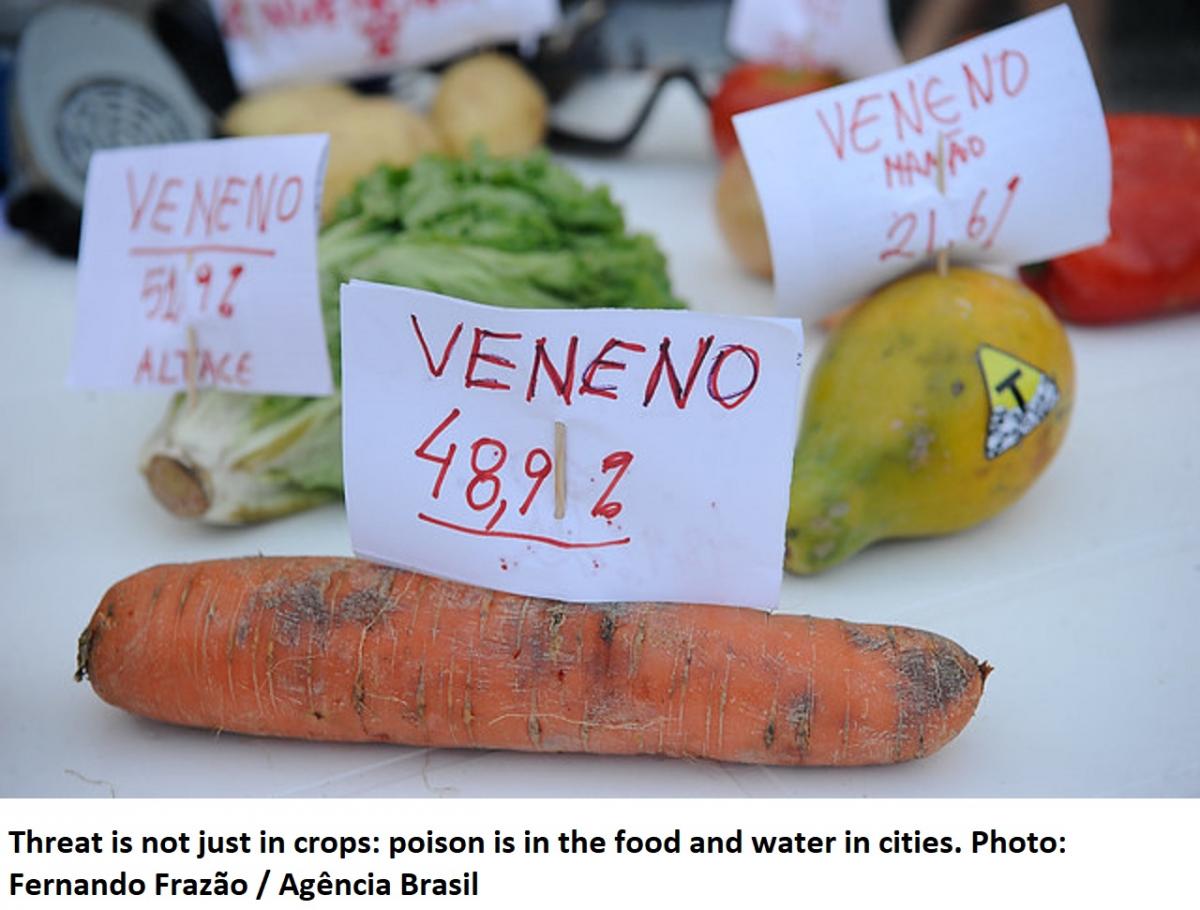 Amid burning and countless consequences of Covid-19, Brazil goes against the guidelines of international bodies to deal with tragedies. It was no accident that on Monday (09/21/20) it was in a position to confront the recommendations of the report on toxic waste at the 45th session of the UN Human Rights Council, presented by Marcos Orellana. Amid the speeches of civil society, in support of the international document, four organizations spoke about Brazil, among the ten admitted.

Inverting and changing the facts, President Jair Bolsonaro (without a party), spoke at the General Assembly of the United Nations (UN), this Tuesday (9/22/20), where he said he was the victim of a “disinformation” campaign and blamed indigenous people, the press and NGOs that “politicized the virus” and “spread panic” among the population under the motto “stay at home”. However, he did not mention that, until this Tuesday, more than 137 thousand Brazilians had died as a result of Covid-19.

Aspects like this highlight data pointed out by the report on toxic waste, in which it states that Brazil is in a meltdown in protection of common goods and human rights, with the expansion of normative flexibility and deregulation, already verified in the visit of the ex-rapporteur Baskut Tuncak to the country in 2019, but intense during the Covid-19 pandemic, especially on pesticides. In addition, the report is emphatic in criticizing the closing of spaces for dialogue with civil society and in the persecution of human rights defenders, environmentalists and scientists. So much so that it recommends the UN Human Rights Council to conduct an investigation in the country on toxic waste and violations.

Among the specific recommendations on pesticides pointed out, the report brings the need to develop plans with deadlines to urgently reduce the use and exposure to pesticides, including the ban on aerial spraying of pesticides, especially in inhabited areas; the gradual elimination of the use of highly dangerous pesticides; the creation of protection/buffer zones and the installation of mandatory monitoring devices around schools and homes and in spray vehicles; the alignment of the regulatory framework with OECD standards and best practices; and the gradual elimination of imports of dangerous substances prohibited from use in the exporting country.

In addition, it is recommended to strengthen the technical bodies of independent scientists; ensuring that decision-making on hazardous substances is based on evidence and principles such as prevention and precaution; that there is advertising and information on pesticides and their application to communities (which, when and where they were or will be applied) and the protection of indigenous peoples, quilombolas, the poor and communities at risk.

The document also covers the government's dialogue with representatives of civil society and indicates the need to protect human rights defenders, environmentalists and instruments for access to justice, such as the creation of safeguards against corporate capture, corruption and conflicts of interest within the government, including investigation of such allegations and improved protection of whistleblowers, as well as enhancing accountability of violators and reparation to victims.

However, in the face of the Human Rights Council session, the Brazilian government presented a position of contestation or opposition, calling the report “political”, instead of demonstrating what it has done to guarantee the health and safety of the population against the rampant approval of pesticides. Disqualifying the document, questioning its undeniable technical character, demonstrates the government's lack of commitment to the human rights of the affected populations.

The rapporteur's data are based on robust documents produced both in Brazil and by international organizations that demonstrate that the country has become a toxic dump for products banned in other countries, classified by PAN (Action Network against Pesticides) as highly toxic. And even if we add the amount of pesticides released in the Bolsonaro government alone, that number already reaches 787 new registrations, many of which are prohibited in the European Union.

It is not possible to affirm, as the Brazilian government did, that we have strong environmental protection legislation. We see legislation, or even constitutional provisions, being dismantled by the "cattle" of the poison. Only in the case of pesticides, there are many flexibility instruments that have advanced widely in recent years, as is the case with the 2019 ANVISA Collegiate Resolutions that change the toxicological classification of pesticides and MAPA Ordinance 43/2020, which aimed at “tacit registration of pesticides.”

Furthermore, the report specifically impacts decisions that will be taken soon by the three branches of the republic. For example, the processing of the National Pesticide Reduction Policy, which is being processed in the National Congress (Bill 6670/2016), ready for voting in plenary, which is similar to the plans recommended in the report. At the same time, the report recommends abandoning the “Poison Package,” Bill 6299/2002, which can also be voted on in Congress and aims to reduce several precatory mechanisms of Law 7.802/1989.

Regarding the Executive, we see the recommendation of the gradual elimination of highly dangerous or banned pesticides for use in the exporting country. An example was paraquat, which ANVISA confirmed a ban. But the report warns of the risks of glyphosate and atrazine, for example. Or even the alert for the availability of data, which is less and less accessible.

The Federal Supreme Court (STF), in the judiciary, will also judge in the coming months, matters pertaining to the report, such as ADPF 221 and ADI 5553. The first on gaúcha legislation (State Law nº 7.747/1982), which indicates the use of banned pesticides in exporting countries. The second on tax exemptions or benefits for pesticides (ICMS and IPI). The STF (ADI 6137) is also evaluating the constitutionality of the Ceará State Law (State Law 16,820 / 2019) that prohibits aerial spraying of pesticides, a recommendation expressed in the UN report.

Given this context, it is worth asking ourselves: will Brazil, from the position of its three branches of government, ignore or comply with international and civil society recommendations in defense of human rights for violations caused by the use of pesticides?

* Naiara Bittencourt is a popular lawyer (Terra de Direitos), Fran Paula is an agronomist (FASE MT), Iris Pacheco is a journalist and popular communicator (MST-MG). All participate in the Permanent Campaign Against Pesticides and For Life