An initiative of the MST of Minas Gerais in the metropolitan region, the Program proposes reparations for Vale's crime in Brumadinho 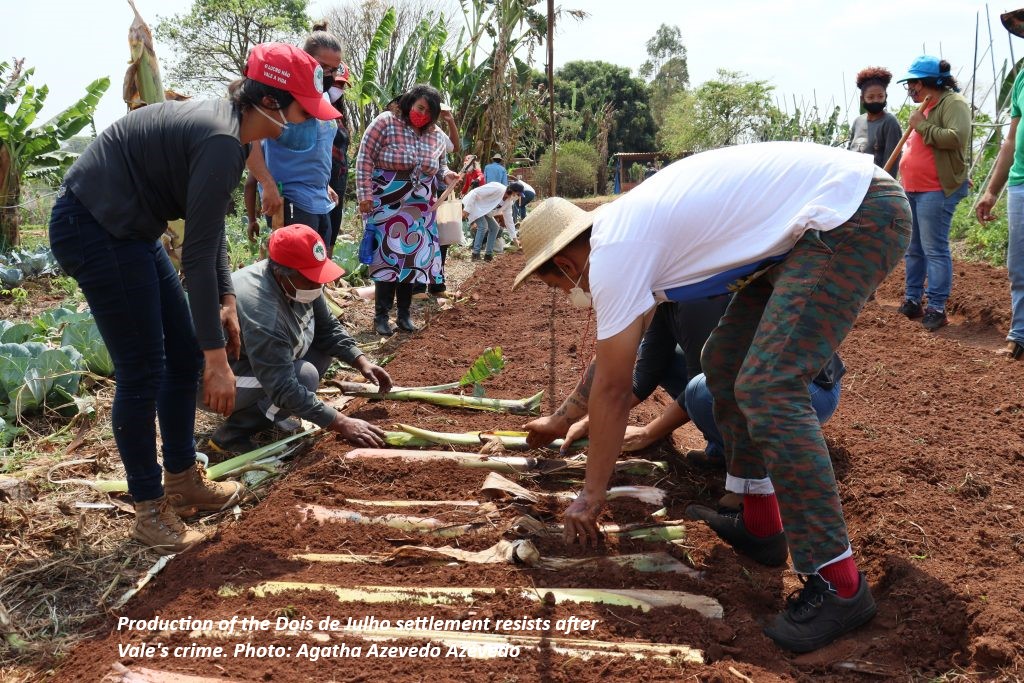 Vale's crime in Brumadinho, which took place on January 25, 2019, as a result of the collapse of the iron ore tailings dam, is one of the biggest environmental and social disasters in the world. Thousands of families in encampments and settlements in the Paraopeba Basin were directly and indirectly affected by the mud, making it impossible to carry out agricultural production due to soil and water contamination.

Besides this, they needed to overcome the commonly-held belief that all products in the basin are contaminated, which has caused a drastic reduction in the sale of products from the so-called green belt. The Landless Rural Workers Movement has been organizing families in this region since 1999 and since 2017 has been mobilizing its social base in the fight against the mining model on corrupt land.

In this sense, the MST proposes the Agroecological Repair Program for the Paraopeba River Basin, which is based on the People’s Agrarian Reform Program approved at the VI Congress of the MST, in Brasília. The Program's mission is (1) the preservation and recovery of natural resources that are under the control of families and, (2) the production of healthy food on a scale to ensure the food sovereignty of peasants and the supply of food for the working class in cities. Based on this context, the Agroecological Program – aiming to developing the areas of agrarian reform – proposes actions on the following axes: Agroecological Production, Environmental, Education and Human Rights. 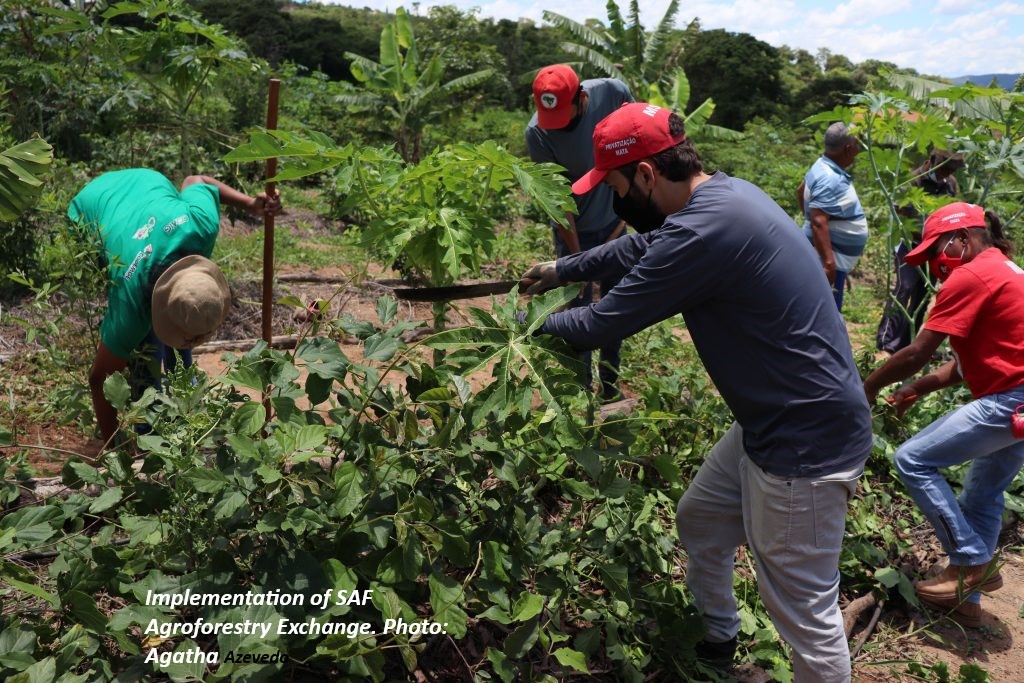 Human rights for recognition and repair of harm

In recent years there is a clear threat guided by a conservative legislative agenda that has put the protection of Human Rights in Brazil at risk. The areas of public security, human rights defenders in the countryside and in the city, sexual and reproductive rights are continuously and systematically under attack. 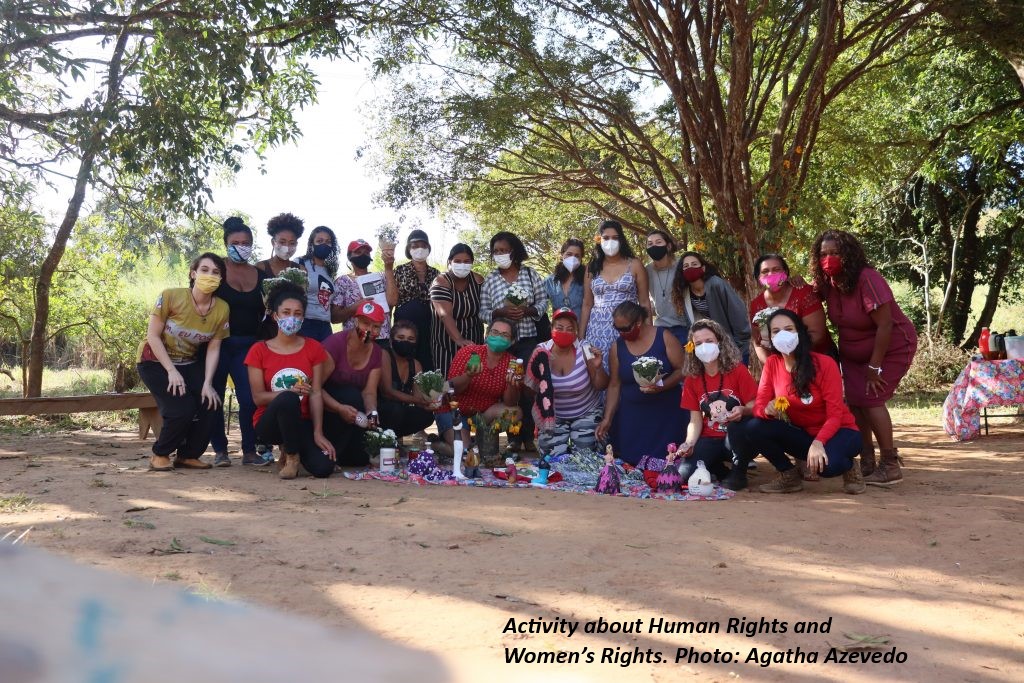 Still within the scope of human rights violations, it is worth analyzing the concentration of land in Brazil as one of the pillars of social inequalities, which makes it essential to carry out agrarian reform, a determining element for overcoming them. It should be borne in mind that rural work is one of the most precarious, a situation that imposes enormous disparities in the living conditions of peasants and in small towns, where agriculture is the main regional economic activity.

In this sense, the Program proposes the construction of the Nucleus of Legal Advice and Human Rights - NAJUDH, which seeks to tread an inverse path to what is set in the current national scenario, proposing the carrying out of actions for the social development of the population, guaranteeing and promoting of Human Rights. Letícia Souza, from the MST's Human Rights Sector, says that the initiative contributes to ensuring that the affected subjects are subjects of rights and build a dignified life in their territories. 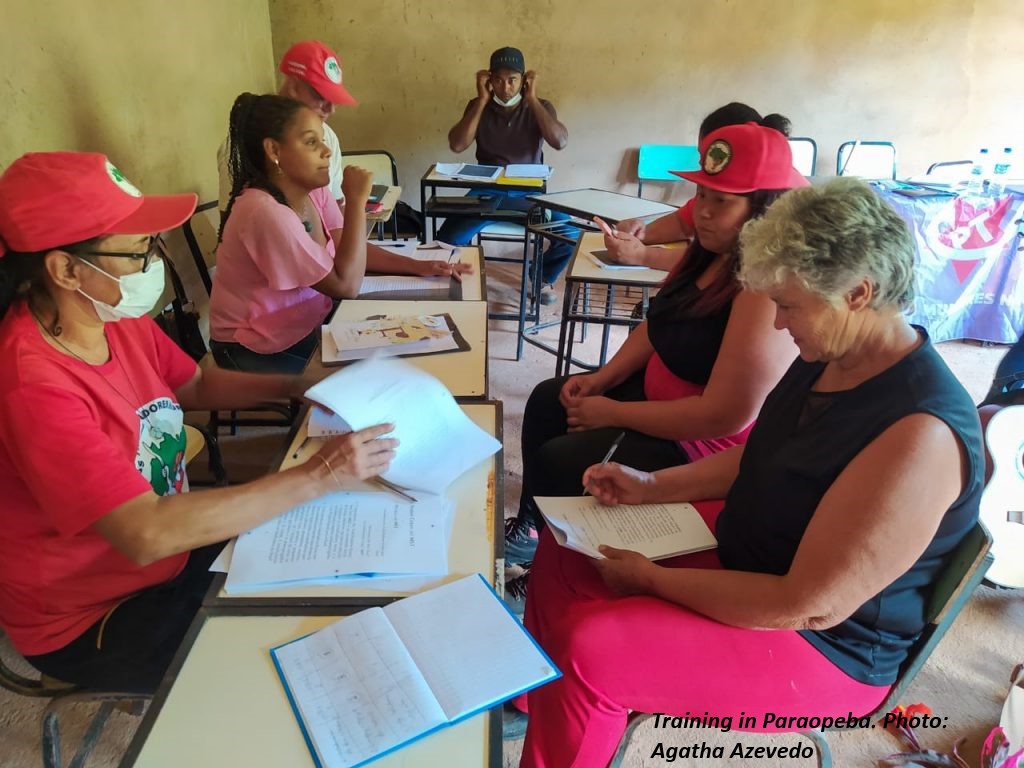 “The violation of the ecologically balanced environment and the damage caused to the population because of the rupture of the dam in Brumadinho generate a duty of indemnification by the responsible company. In this sense, the construction of a Legal Advice Center aims to ensure that the affected population receives direct and specialized advice for access to the courts or other justice institutions, serving the most vulnerable population regarding damage repair; in addition, the Nucleus has an even greater role, proposing to identify and address human rights violations perpetrated in rural communities in the municipalities where it operates”, says Letícia. 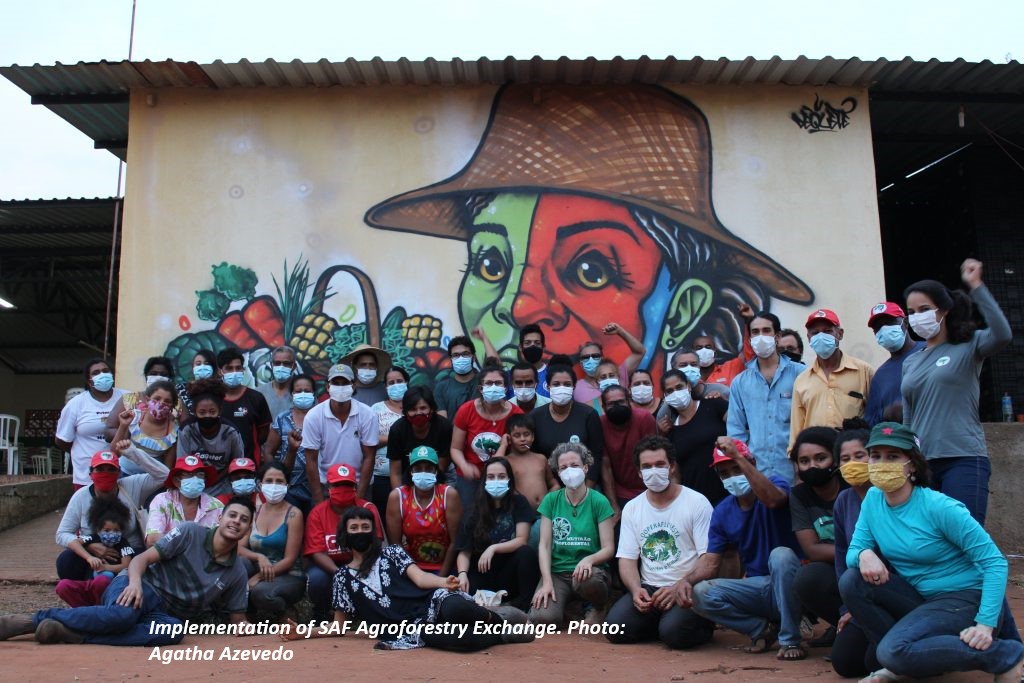 One of the fronts of the Program, coordinated by the Production, Cooperation and Agroecology Sector of the Milton Freitas Metropolitan Region, is the action of the Paraopeba Agroecology Collective, which provides technical assistance through construction, together with peasant families in settlements and encampments in the territory for strengthening productive processes, guided by Agroecology and Cooperation.

Through the Dialogue of Knowledge at the Meeting of Cultures, the planning of family and collective Agroecosystems is carried out, with the protagonists of the political-organizational action being the peasants, to advance in the understanding of the possibilities, losses and limits in order to establish a movement of agroecological transition and establishment of sustainability of Agroecosystems. 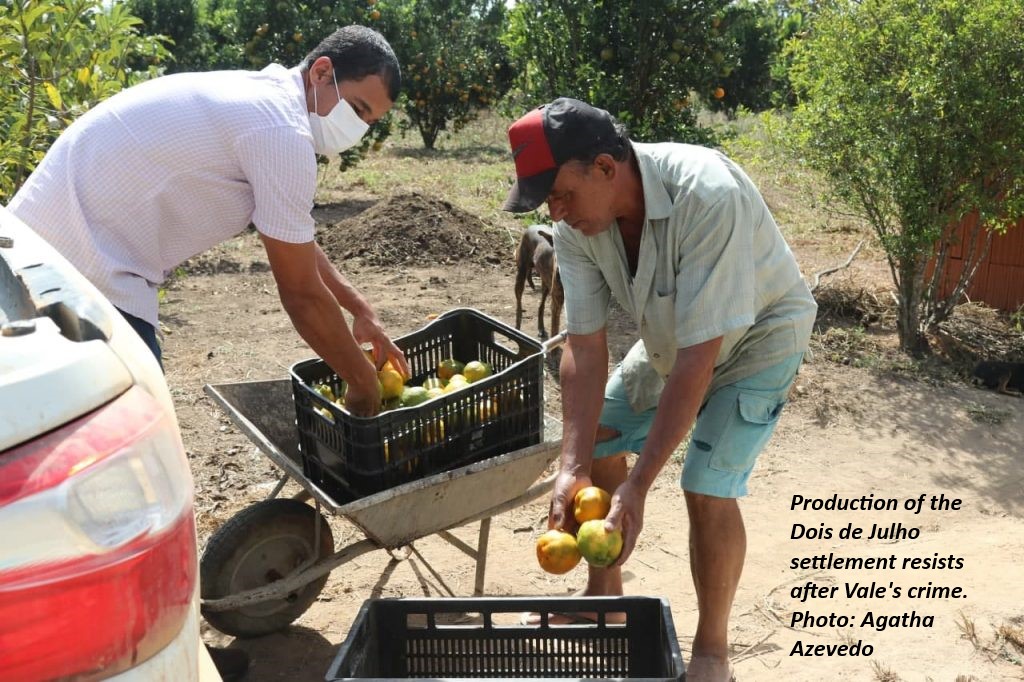 Since the beginning of activities, in 2021, activities have been carried out on Sustainable Biodiversity Management, Ecological Soil Management, Agroforestry Systems, Agroecological Animal Production, Environmental, Market Access, Processing, Work Organization and MST membership. There were 1075 families visited and base nuclei in the territories of encampments and settlements and 235 hours of training, 37 production projects of different types, and 3 hectares of implanted agroforestry systems. 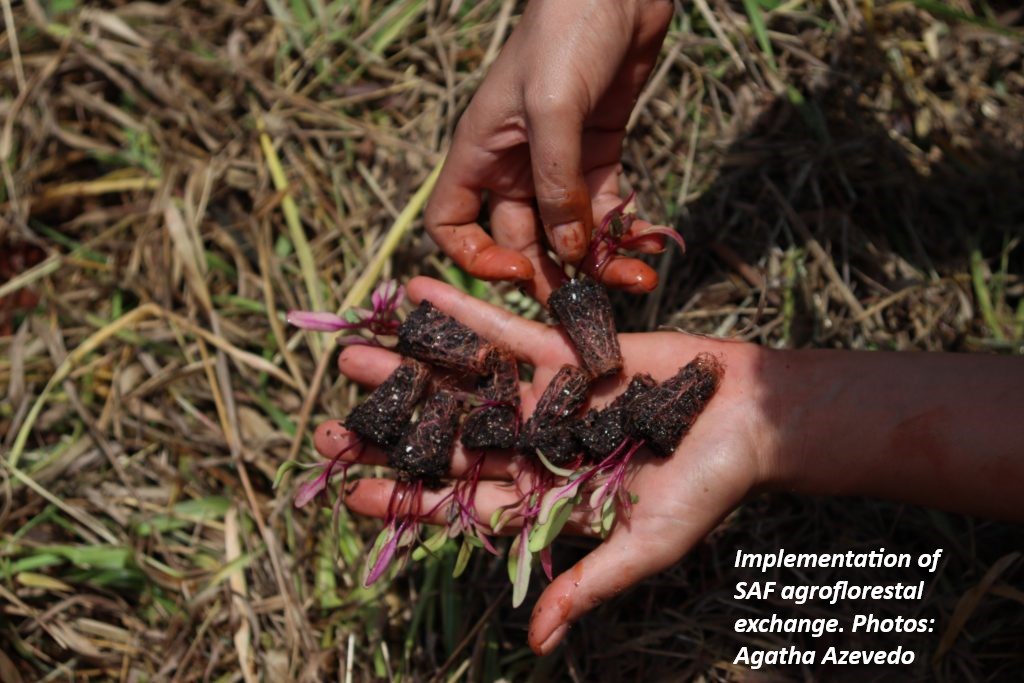 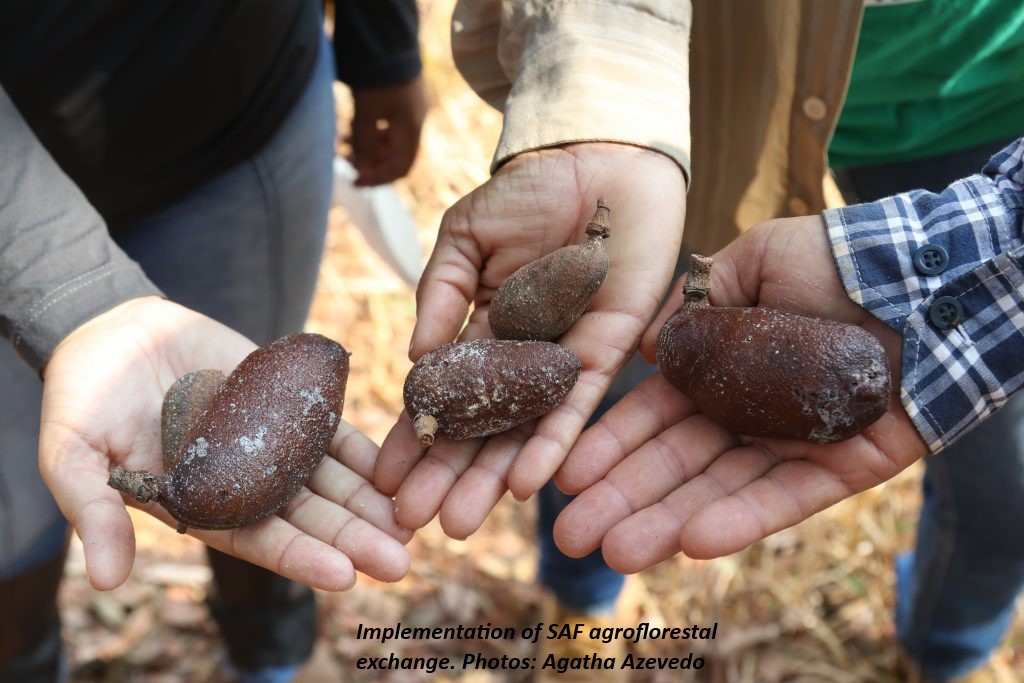 The Ana Primavesi People’s School of Agroecology – EPAAP is part of the Program in a set of articulated actions for the repair of families affected by Vale's crime. The strategic objective of the MST with its construction is to create a space for the diffusion of technology and education in agroecology, and mainly a structure that will act as a living force of resistance in a territory where the conflict against mining is in the open, a place where one of the largest mineral reserves in Brazil is located.

“The construction of the Ana Primavesi People’s School of Agroecology is a strategic action of our Landless Movement in the sense of creating a space for the dissemination of technology and education in agroecology, and mainly a structure that will act as a living force of resistance in a territory where the conflict against mining is in the open, where one of the largest mineral reserves in Brazil is located, which is the metropolitan region of Belo Horizonte”, says Elisângela Nunes, from the MST Education Sector.

Still to be built, the proposal is for the School to have the capacity to receive up to 200 students on a permanent basis, having accommodations, rooms, laboratories, cafeteria, agricultural production/experimentation area, communication room, multi-sport court, childcare center, nursing home. In the same space, it is proposed to build a seedling nursery to contribute to the reforestation and repair of the Paraopeba biome, in addition to promoting sales and socio-educational experience.

People’s Agrarian Reform is confronting the predatory model of mining

The construction of the Program, which aligns education, human rights, production, environment and repair, is part of the MST's strategy to combat mining that destroys territories without generating returns for local populations. In addition to claiming to be affected, the Movement aims to point out ways for families to build autonomy and recover their way of life in the territory, strengthening the struggle against Vale and other companies that exploit the region.

“The program designed and developed by the MST has strengthened the areas of agrarian reform in the Paraopeba River basin with strategic actions in the context of economic, social and environmental development, and given families the hope of advancing in production and sales, maintaining their mode and of life and their living territories”, says Fábio Nunes, from the MST Production Sector.