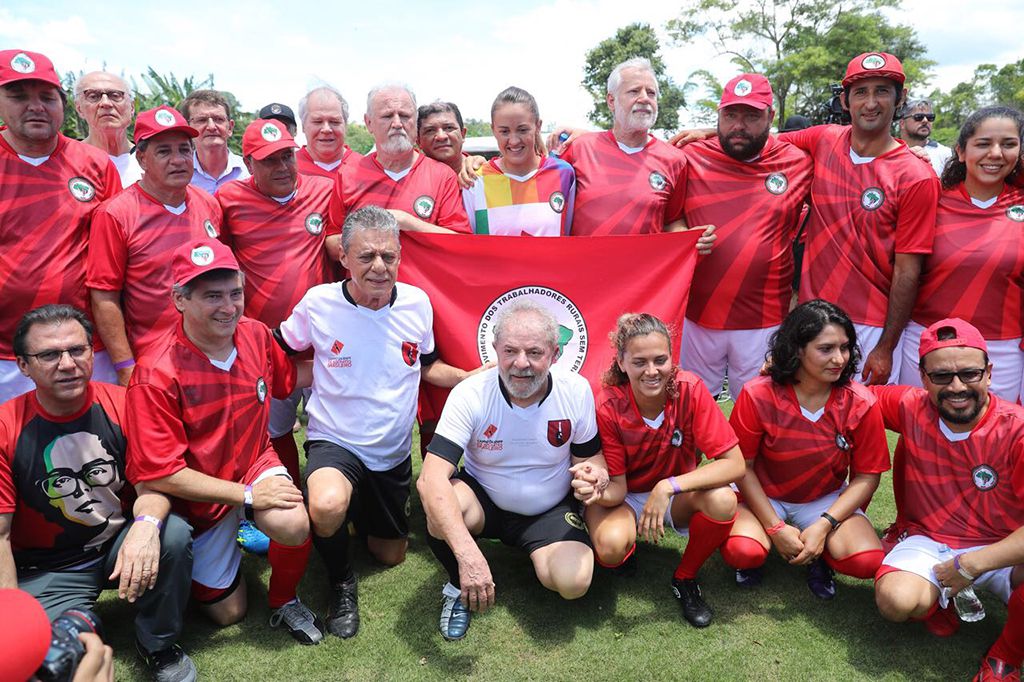 The field is an homage to Socrates, a football player known for opposing the civic-military dictatorship in the country. 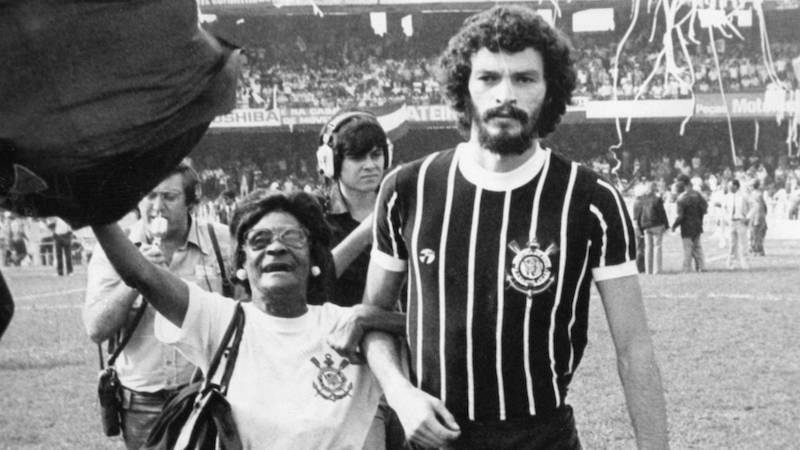 The celebration was appropriate to realize an act with Lula, where more than 1.500 people attended. “Latin American comrades will compare me with Pele, Maradona, Rivelino or Messi, because I really prepared myself for this match”, expressed the ex-president.

The attendants joined to play friendly game, where Lula kicked a penalty and failed to score a goal. In a second chance, the popular leader achieved his objective and celebrated with the viewers of the match. 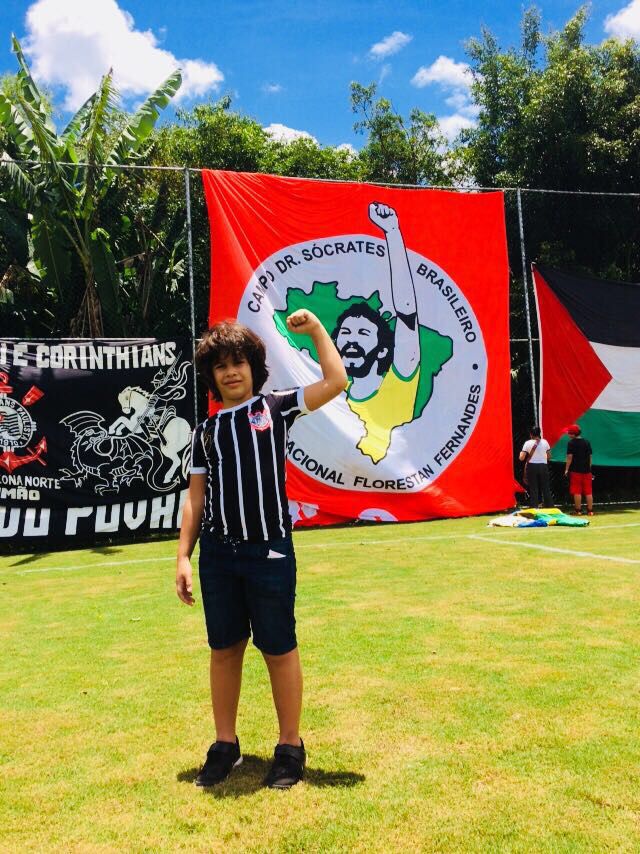 The event happened in a context when Lula is waiting for the second instance of a trial that will determine if he can run for the presidential elections in 2018.

The friendly match between artists, politicians, trade unionists and former football players was propitious to support the presidential candidacy in the next elections of 2018.

Left Wing: Lula and the MST inaugurate a football field in honour of Sócrates Brasileiro

Sócrates Brasileiro (1954-2011) was a brilliant mid-fielder for Brazil’s national team. Many of you will remember him as part of Brazil’s 1982 World Cup squad, where Sócrates – alongside Zico, Falcão and Cerezo – formed a formidable wall. Sócrates scored the memorable goal in the Group C match against Italy, where it seemed that the Brazilians would once more prevail. It was not to be. Italy went on to win the World Cup. Sócrates, like Argentina’s Maradona and West Germany’s Paul Breitner, was a Marxist who equally looked up to Che Guevara and to John Lennon. When in the Corinthians club for São Paulo, Sócrates led the drive to create a workers’ cooperative, one where every worker – from the players to the janitors – took decisions for the club. This was during the military dictatorship (1964-1985). It was an act of defiance. So too was Sócrates’ formidable habit of smoking and drinking. ‘Well I drink, I smoke, and I think’, he said when challenged about his habits. As Roger Kittleson shows in his book The Country of Football, Sócrates and his fellow players used their uniforms to transmit political messages – ‘Vote on the 15th’ (to urge people to vote) and ‘Corinthian Democracy’ (to poke a finger in the eye of the military). ‘Football came by accident’, Sócrates said. ‘I was more interested in politics. I always had my eyes turned to the social injustice in the country. I just happened to be good at football, which gave me entrance to a very different and privileged environment’. 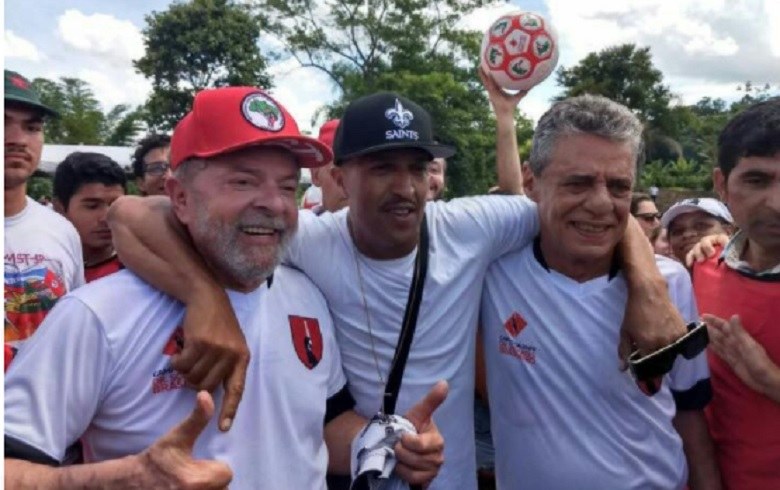 Lula, a formidable political force, took the field with a no. 13 jersey. He came to the MST game under immense pressure from the state, now governed by a cabinet that came to power through a ‘soft coup’. Lula has been found guilty of corruption in the ‘Car Wash’ investigation – even though there is wide agreement that Lula did not benefit from any of the so-called kickbacks he is said to have received. Those who are now in power, on the other hand, have personally benefitted from the bribes that they have taken. If an election were held today, Lula would win decisively. He is leading in the polls. No wonder that Lula wore the no. 13 on his jersey. This is the number for Lula’s Worker’s Party (PT) in the electoral rolls. He signaled at the ENFF that he is confident of victory. The PT released a resolution on December 16, which endorsed Lula for the presidency. ‘We arrive in 2018, an election year, with the candidacy of Lula consolidated in such a way that it doesn’t belong to the PT; it belongs to the Brazilian people. We must defend the candidacy against systemic attacks from coup mongers, that are going to use all means to stop the people from expressing their will in the elections’. The coup leaders are trying to disqualify Lula through the courts rather than in the ballot box. ‘If they dare find Lula guilty, it will prove the political nature of the entire process’, said the PT.

Lula’s close association with the MST is important. This is his base – the working-people of Brazil who struggle each day to find a place to live, food to eat and time for their families and friends – including time to play a little football. 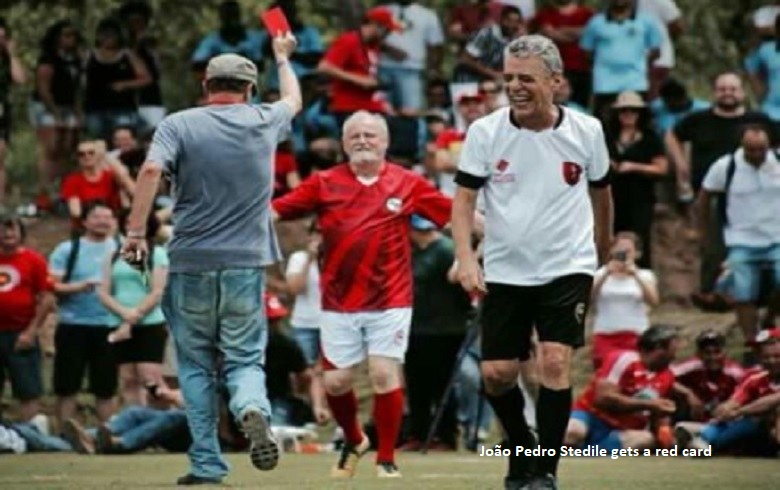 Lula was joined at the football match by Chico Buarque, the left-wing musician, who received an award from the Central Única dos Trabalhadores (CUT) – the main trade union. Football players such as Paulo César Caju – who played for Brazil in 1970 and 1974 – also came to the match. When Caju went to the United States in 1968, he was influenced by the Black Panthers. He returned with his hair dyed red – in a sign of solidarity, which earned him the nickname Caju (cashew nut). The two sides that played in the game were the MST and Amigos de Chico. Lula played for the Amigos de Chico; so did Reinaldo. The final score was – fittingly – 5-5. This is the correct score for a socialist sport!