Families resist in the countryside by producing healthy food 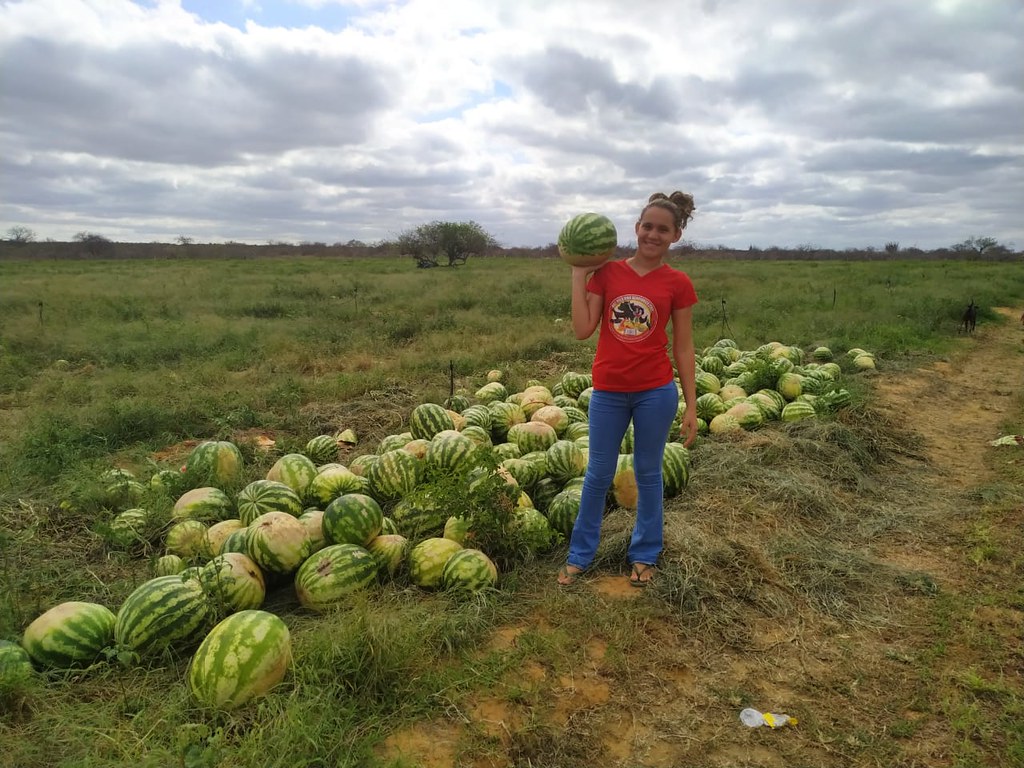 With the current government that encourages hatred towards those who fight and believe in a just and equal land reform, peasants have been experiencing more and more conflicts.

Such is the case in northern Bahia. Families camped there for more than 7 years, producing healthy and quality food - which supports and strengthens the local economy - have been suffering several eviction attempts by CODEVASF (Valley Development Company of São Francisco and Parnaíba).

Restricted to only 20% of arable lands, small family farms are responsible for 80% of countryside jobs.

In Brazil, only 20% of arable land belongs to small family producers, according to data from the last Agricultural Census conducted in 2006 by the Brazilian Institute of Geography and Statistics (IBGE).

Even so, family farming accounts for more than 80% of the jobs generated in the countryside, which highlights its importance in generating local income. To allow man to remain in the field means to enable food production.

The expulsion of men, women, and children from the - now productive - countryside generates agrarian conflicts and a sharp fall in employment and income generation. Evicting productive families from their homes means not guaranteeing the social function of the land, which goes against the 1988 Constitution.

According to Rui Leite, MST State Manager in Northern Bahia and farmer, the land is our last asset, and now this threat of eviction puts us in a dead-end and with no prospect of life. "Our fear is knowing that we are men and women who live in the countryside and that the only thing we know how to do is to grow and produce healthy food. CODEVASF and the government want to take us away from our lands, destroying our dream of a decent life. This land is our life, so we will not allow this eviction, we will be resistance, and we will continue to fight, "he concludes.

In family farming, production is diversified, aimed at the domestic market and with little or no use of pesticides / Photo: Bahia Communication Collective

We mustn’t forget Brazil’s land-use history. With colonization, the Portuguese crown divided Brazil into horizontal lines known as captaincies of Brazil. Those - less than twenty - horizontal borders were given to select Portuguese nobleman to produce as long as they provided the crown with one-sixth of their gains (known as the Sesmaria). This unjust history - despite some alteration - continues to these days; very few wealthy families own most of the arable lands in Brazil.

Violence continued after the Constitution of 1988, which destined to Agrarian Reform lands that were not fulfilling their social function. Conflicts became increasingly intense with murders of rural workers and consequently slavery and exploitation.

In Brazil, the large rural properties are focused on the production of commodities, grains that supply the industries, and the foreign market. Those use monoculture practices that are harmful to the soil and, consequently, to the environment due to the large usage of pesticides and erosion of the soil.

In Family Agriculture, however, production is diversified, carried out on small farms, aimed at the domestic market, and with little or no use of pesticides. In fact, the MST is known worldwide for its ecological agricultural practices.

According to Evanildo Costa from the MST National Directorate in Bahia, the Bolsonaro government's offensives against popular and social movements, including the MST, undermine the good progress and economic development of the country. "Our answer is through the production of healthy and quality food. There is no doubt: family farming is responsible for the generation of wealth and food for the country. It promotes the socioeconomic and cultural development of local communities, so encouraging it is a matter of common sense" he concludes.

The five areas of the irrigated perimeters of northern Bahia have more than 3,300 hectares of arable land producing more than 20 tons of food per day, more than 600 tons per month and approximately 7,200 tons per year!

They also keep more than 2000 sheep and goats, which directly influences the economy of Juazeiro, Petrolina, and the surrounding cities.

The camps generate, on average, over 4500 direct and indirect jobs in the area. When the government gives the eviction orders, it wants to end the careers and dreams of over 4500 workers.

Within the camps, there are four schools with over 400 students between elementary school and EJA (Youth and Adult Education). The eviction also aims at dissolving those.

This is the reality of the camps in northern Bahia (and all over the country). Families who dream of supporting Brazil with their job creation, healthy food production, and education. Families who wish to live with dignity.