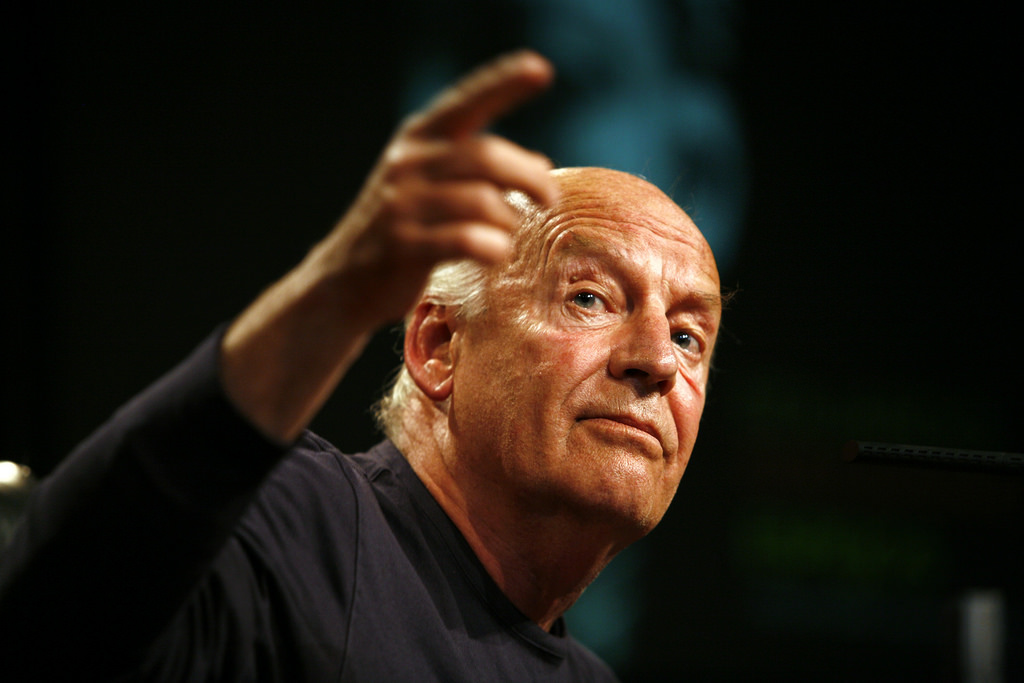 Today we don't have the physical presence of our comrade Eduardo Galeano anymore. Uruguayan from birth, Caribbean and Latin-American by lifestyle choice and by political militancy.

The political persecution that he suffered from the dictatorial government that devastated the Latin-American continent, under the sponsorship of the government of the United States, forced him to live in exile for 12 years (1973-1985) in a failed attempt to isolate him from his people and weaken his love for his country. His tormentors didn't know the Latin-American blood that ran through his veins.

The exile and the Latin-American dictatorships forged his revolutionary temper. And the radicalness of his political actions were always fed by an uncompromising humanism and solidarity in defense of all the victims of the oppressing system. He wrote: “the body is not a machine as science told us. Nor a guilty being as religion make us believe. The body is a celebration”. A celebration that one day, under the legacy that this comrade has left to us, will be fulfilled upon this continent, where exploiters and exploited will no longer exist.

Owner of a great capacity to produce an exquisite writing, without giving up his political convictions and the cultural identity of his people, he knew, wise as he was, that the true learning is what spout from the people. . That's why he didn't hesitate in saying that “solidarity is horizontal: it respects the other person and learns with the other. The majority of us have a lot to learn from the other people”.

Always on the side of the poorest, acknowledge worldwide for his works of literature, he was an inestimable comrade of the the nobodies.

“The nobodies: nobody's children, owners of nothing. The

nobodies: the no ones, the nobodied, running like rabbits,

dying through life, screwed every which way.

Who don't speak languages, but dialects.

Who don't have religions, but superstitions.

Who don't create art, but handicrafts.

Who don't have culture, but folklore.

Who are not human beings, but human resources.

Who do not have names, but numbers.

Who do not appear in the history of the world, but in the

police blotter of the local paper.

The nobodies, who are not worth the bullet that kills them”

The impossibility of writing about Galeano without resorting to what he has left us, is the strongest proof that he remain among us. We will always refer to him to feed us with utopia, unreachable utopia, but the utopia that make us walk towards it.

This is a little of what Galeano has left us. We already miss his coexistence and his physical presence. He, the one always present in the frontline of the struggles against oppression and injustices, and in the defense of a socialist society. He will continue living among us through his teachings and actions in life he left for posterity. We are his heirs, and we are committed to follow his ideals of a socially fair, egalitarian and democratic society.

Galeano lives among us because his legacy is eternal.