Dilma Rousseff: Brazil ‘coup’ not over

It has been almost a year since the impeachment of Brazil’s former President Dilma Rousseff, 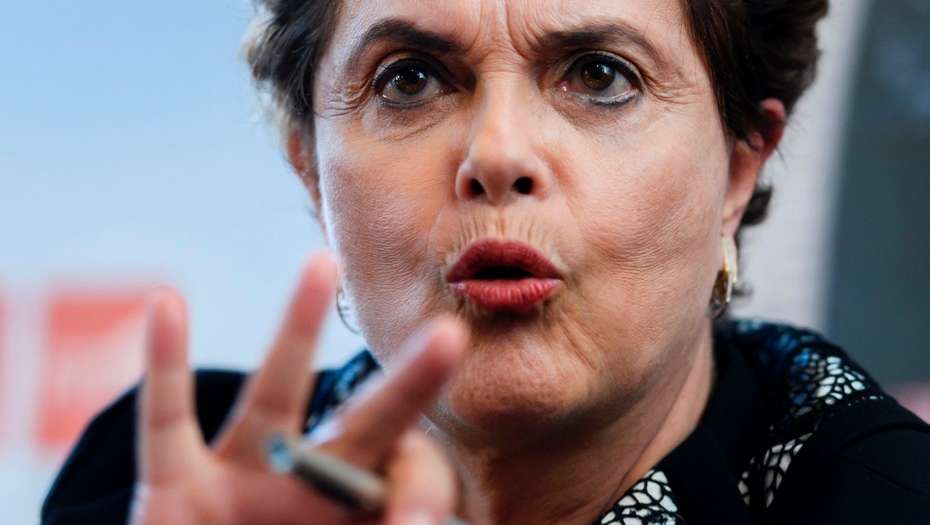 And what a year it has been. Ms. Rousseff’s former running mate Michel Temer took over the top job and since then he has nearly been ousted over alleged illegal campaign financing, charged with taking bribes and implicated in the country’s biggest-ever corruption scandal, Operation Car Wash. More recently he narrowly missed having the dubious honor of being the first president to be put on trial for corruption.

There are more twists and turns in a week of Brazilian politics than there are in most countries in a year.

But amid the turmoil, Dilma Rousseff’s feelings over her impeachment remain the same.

“Don’t think that it started and finished the day I was removed from office,” she told me in an interview. “It started before, it started when they [rivals] didn’t have a way to get to power through direct democratic elections. So democracy wasn’t viable from their point of view.”

Despite the sentence hanging over Lula, he remains free on appeal and has announced his intention to run for president. Currently he is the front-runner. Ms. Rousseff sees Lula’s conviction as just another political maneuver.

“The first chapter of the coup was my impeachment,” she says. “But there’s a second chapter, and that is stopping President Lula from becoming a candidate for next year’s elections.”

A new politician ‘could be Hitler’

If Lula’s sentence is upheld, his political ambitions will be thwarted. However, Ms. Rousseff won’t be drawn on alternative candidates.

And even if he does run, many people question whether a return to the past is the way to solve the country’s problems. Does Brazil not need new blood?

“”How do we know that Brazil needs a new leader and a new change? And since when is new necessarily a good thing?” she asks. “New could be Hitler. There’s no guarantee. Why do people recognize Lula? Because people lived better during his government.”

The Workers’ Party rule did lift millions of Brazilians out of poverty with generous social programmes. But Brazil also lived through two corruption scandals and the country fell into recession in 2014. Does the party not feel partly to blame for the economic problems it now faces?

“For six years we avoided the economic crisis that affected countries in Europe and in the US in 2008 and 2009,” she says, adding that the crisis there was down to a lack of financial controls.

“In 2014, the crisis landed in the emerging economies. The price of petrol plummeted, the price of all commodities fell.”

The West is ‘irresponsible’ on Venezuela

On the current crisis in Venezuela, the head of the Workers’ Party, Gleisi Hoffmann, said in a July speech that the party supported President Nicolás Maduro’s administration “against the violent offensive of the right”. Lula, too, has backed Venezuela’s socialist government in the past.

Ms. Rousseff stops short of condemning him like many of the region’s leaders have in the past week.

“Maduro is ruling Venezuela in extreme circumstances,” she says. “What we need is a way out of this that isn’t bloody.”

But she also admits he does not have the same standing as Venezuela’s former President Hugo Chávez.

“I think that Hugo Chávez was a great leader and he was lucky to be in power during the era of high oil prices,” she says, explaining the background. “When the price of oil starts to fall, it wasn’t just Venezuela who felt it. And the situation started to become difficult.”

She criticizes the West’s view of Venezuela as “irresponsible” and the treatment by the international press as absurd.

“They’re going to create what they did in Iraq and Afghanistan here in Latin America – an armed conflict,” she says. “It doesn’t help to keep arguing because the opposition isn’t perfect either.”

So can she not blame Mr Maduro for the current crisis in his country?

“I’m not going to just blame Maduro, there’s a conflict,” she says. “Do you remember what they did to Saddam Hussein? They killed him in the most brutal way possible. When they did, all the monsters were uncovered, it opened up Pandora’s box. Where did Isis come from? It came from the fact that the US thought it had a democratic position there. And it didn’t.”

On 5 August, the South American trade bloc Mercosur suspended Venezuelaindefinitely, until democracy in the country was restored. For Dilma Rousseff, the international community – especially Brazil – has a lot to answer for.

“Brazil doesn’t have the right to talk about a democratic clause in Mercosur,” she says. “The situation in Brazil isn’t the same as in Venezuela but it’s a coup d’état. There at least, they were elected through a vote.”