Movement reported that other activists were also assassinated; motive is unknown 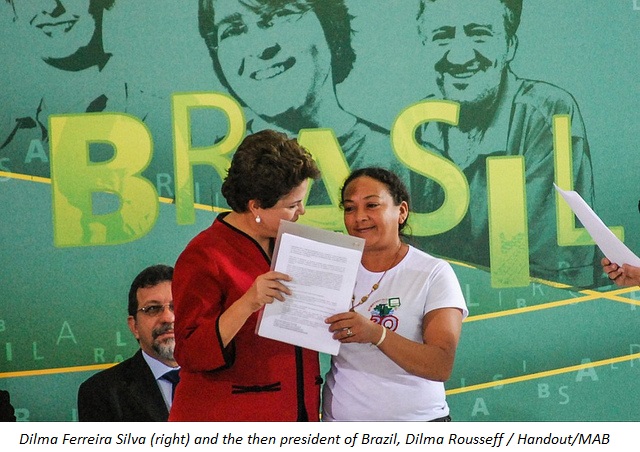 A regional coordinator of the Movement of People Affected by Dams (MAB) was assassinated in northern Brazil, the movement reported Friday.

Dilma Ferreira Silva, a regional coordinator of the MAB, was killed in Tucuruí, Pará state. She was with her husband and other family members when the crime happened, but it is still unclear whether they were hurt.

“The MAB still does not know the exact number of people who were killed or the reasons behind the crime,” a statement released by the organization reads.” “It is a sad moment in the history of people affected by dams, who were celebrating World Water Day today.”

The MAB also wrote that it “demands a quick investigation into the crime and the implementation of safety measures for people affected by dams in Brazil.”

In 2011, Silva took part in a public forum with the then president of Brazil Dilma Rousseff and handed her a document calling for a national policy to ensure rights for people affected by dams, especially women.

The Tucuruí hydro power plant was built during the military dictatorship (1964-1985) and is one of the country’s biggest plants. It is located 310 kilometers (roughly 200 miles) from the capital of Pará state, Belém. Approximately 32,000 people were displaced to build the dam and they have been fighting for more than 30 years to have their rights respected.