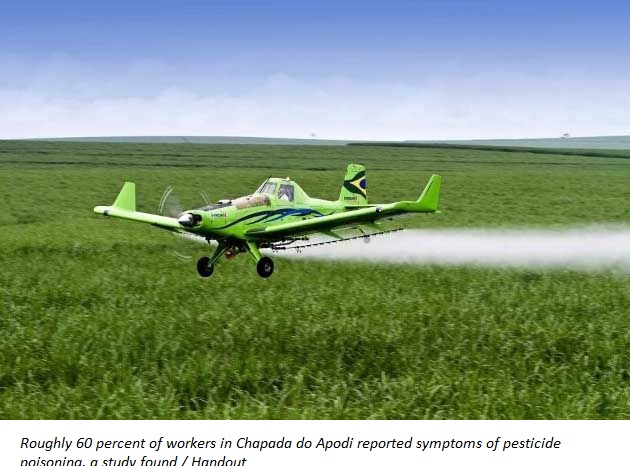 The governor of Ceará, Camilo Santana, signed a bill into law this week banning crop dusting in the northern Brazilian state. The measure was welcomed by people’s movements that have been exposing the problems of pesticide abuse in the area.

The bill 18/2015, authored by representative Renato Roseno, was passed in the Ceará state legislature in December and was named after Zé Maria do Tomé, a rural worker, community leader, and environmentalist killed in 2015 after being shot 25 times in Limoeiro do Norte in retaliation against his fight to stop aerial application of pesticides, the displacement of small farmers from communities, and the grabbing of public land.

An epidemiological study conducted in 2006 by the Center Tramas of the Federal University of Ceará found that 97 percent of workers in the Chapada do Apodi, a plateau on the border with Rio Grande do Norte, are exposed to agrochemicals, including between 4 and 30 different active ingredients. Approximately 60 percent of the interviewees reported symptoms of pesticide poisoning.

Originally, small farmers and peasants have engaged in subsistence agriculture in the area, but large-scale farming with toxic pesticides and fertilizers have become more common since the 2000s.

After banning pesticides in the state, the next goal for people's movements is to replace the current export-driven fruit production system with an agroecological family farming system.