The final trial, which will be carried out in the last days of August, will define the destiny of the 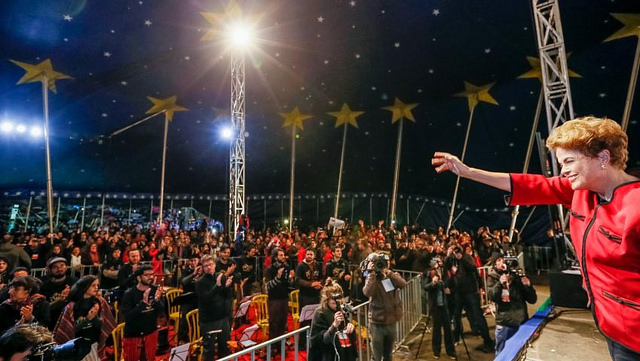 By 59 votes against 21, the Senate approved last Tuesday (August 10, 2016) the rapporteur of Senator Antonio Anastasia (PSDB-MG), which validates the denounce against President Dilma Rousseff for a liability crime. Now Dilma is going to final trial by the plenary of the Senate.

The result of the voting was anticipated by the government of the interim President Michel Temer, who hoped to reach 69 votes for the impeachment.

In a 48-hour time span, the accusation and the defense, respectively, will issue their expositions along with up to six witnesses for each one of the parties. After the testimonies, the Senators will decide whether Dilma is to be condemned or acquitted. For the annulment to be confirmed, they will have to obtain 54 out of 81 votes. The sessions are expected to begin on August 25.

As expressed by Senator Lindbergh Farias (PT-RJ) during the session, “what’s happening here is a fraud. There is no crime. This has been used to make business”. And added: “When they attack Lula and the PT they do it for a reason: because the coup is based on class issues, it’s a coup by the dominant elites against the masses (…). If the misters want to fight, we are ready”.

“Temer’s agenda would never have been elected in the polls”

Last Monday August 8, Dilma Rousseff participated in the “Democracy Circus”, an event organized by left-wing organizations in the center of Curitiba —capital of the Southern State of Parana. More than a thousand people gathered there, under the slogans “Out With Temer” and “Dilma Comes Back”. In her speech, President Rousseff qualified the process against her as an “institutional coup” —a Parliamentary coup with a political motive, since the alleged crimes they accuse her of have never been proved.

Dilma affirmed that it’s fundamental to identify the actors of the coup. They are, according to her: the media monopoly, speculative capital and the most programmatic sector of the opposition to her government, which “began to be substituted by a more physiological part”. The latter sector includes interim President Michel Temer and Deputy Eduardo Cunha.

Apart from the attack on workers’ rights, Dilma remarked the putschists’ will to try to stop the investigations on the corruption schemes in Brazil —because several of them are involved in those cases. They want to “stop the bleeding” she said about the tape recording of the former Minister of Planning of the interim government, Romero Jucá, where he talked about the need to overthrow Dilma to stop the investigations regarding Petrobras, in the case known as Lava Jato.

Also, the democratically-elected President publicly defended the project to hold a popular plebiscite to decide on two fundamental issues: the holding of new elections and a political reform. According to her, the total number of parties present in Brazil - 25 of which are represented in the Parliament— is not representative of the number of projects for the country.

“One thing is true: if we continue under this regime, we will have even more parties in the blink of an eye. The whole structure for financing campaigns, the access to the electoral ad space on TV, the access to the partisan fund leads to the creation of new parties, which creates political fragmentation and the dilution of agendas”, she emphasized.

The new pact proposed by the plebiscite needs to be voted by the bases of the country: it’s the way to start the recovering of Brazil, which has been compromised by the political crisis, the President defended. “Pacts can’t be made without the participation of the people”, she affirmed. Without that recuperation, according to Dilma, overcoming the economic crisis will probably be impossible. “We have no real estate bubbles, we don’t have companies that going bankrupt, because they would go in debt absurdly. We don’t have a fiscal crisis in terms of tax collection. To get out of the crisis, what we need is to end with the attitude of a segment of society who says: ‘everyone must pay, but me’”. She compared the situation to the campaign of the Industry Federation of the State of Sao Paulo, which began with complaints against the tax increase and ended up promoting the impeachment. All this debate, according to her, is related to the fragility of the democratic process in Brazil.