The action in solidarity with Lula da Silva could face a crackdown after defying a court order prohibiting the encampment. 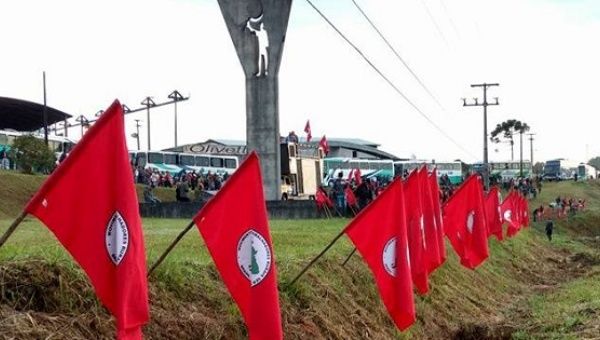 A two-day "Democracy Camp" that kicked off Tuesday (April 10, 2018) in Brazil's southern city of Curitiba is expected to bring together 50,000 people from social movements and labor unions in the name of defending democracy as former President Luis Inacio "Lula" da Silva is set to testify over bribery accusations his supporters have slammed as a smear campaign to sabbotage his position as the country's most popular politician.

Tuesday's events got underway with about 1,500 people gathered at a monument to slain campesino activist Antonio Tavares — murdered on International Workers' Day in 2000 while participating in a march led by the MST landless workers' movement — on a highway near Curitiba, the capital of the southern Brazilian state of Parana, the Brazil Popular Front reported.

Organizers opted to go ahead with the events as planned despite attempts from authorities to quash the demonstrations with a court order prohibiting encampments, raising fears that protesters could face a police crackdown, as has happened with other recent occupy movements protesting the government's austerity policies. 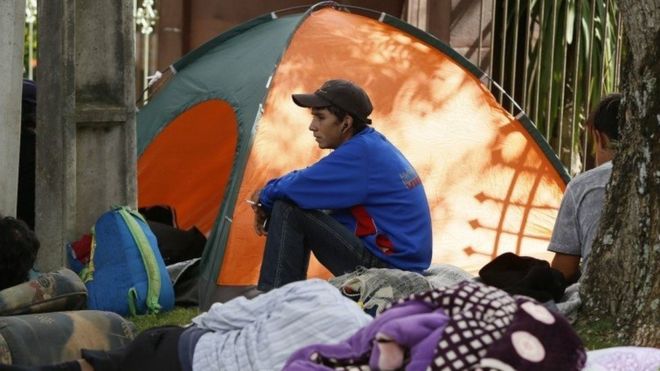 "We will take to the streets with the Brazilian people who have come from the four corners of the country with caravans," the movement said of the two-day "Democracy Camp" that will include a slew of political and cultural events, including lectures, marches, musical performances and an inter-faith religious celebration.

"It is not an ecumenical act in defense of Lula, but in defense of democracy," said Tereza Lemos, a member of the Public Education of Parana workers union, of the inter-religious ceremony planned for Tuesday night. "He ends up being part of this journey for everything he represents in the democratic process in Brazil." 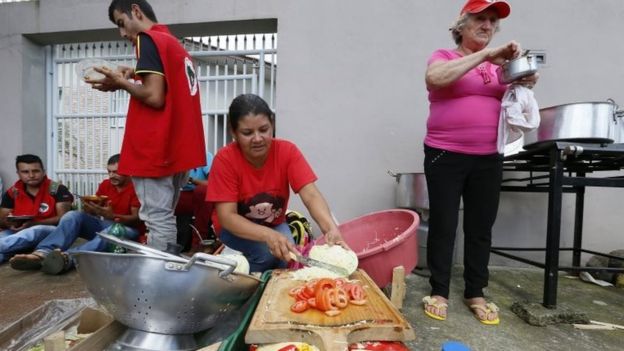 "This act is against welfare reform and labor reform, and in defense of workers' rights," Lemos added, criticizing the policies promoted under unelected President Michel Temer's government.

The encampment, which organizers expect to bring together tens of thousands of people, coincides with a major event in the country's anti-corruption investigations, as former President Luiz Inacio "Lula" da Silva is set to testify Wednesday in court in Curitiba over allegations of bribery linked to a scandal in the state-run oil company Petrobras.

After months of allegations, Lula's deposition will mark the first time he has faced off against federal Judge Sergio Moro, the head of the country's central corruption probe known as Operation Car Wash who was previously temporarily suspended from the case for leaking a taped conversation between Lula and his successor, former President Dilma Rousseff, which had been considered as possible evidence in an investigation.

The hearing was scheduled for May 3, but Moro announced it would be postponed until Wednesday. Moro is investigating allegations that Lula received an apartment in exchange for political favors and contracts with Petrobras.

Lula has continuously denied these accusations and said he will prove his innocence, as he criticized that there is no evidence presented against him and that Moro only wants to condemn him.

"The time has come for them to stop with so much talk and show the evidence, I want them to show one real (currency) outside the country," said the former president in a recent interview. "I'm not asking for two, just one."

Organizers of the "Democracy Camp" criticized the decision of a Curitiba court to hand down an injunction prohibiting assemblies and popular camps in the city during Lula's testimony. The organizations vowed to still hold the events despite the court order. 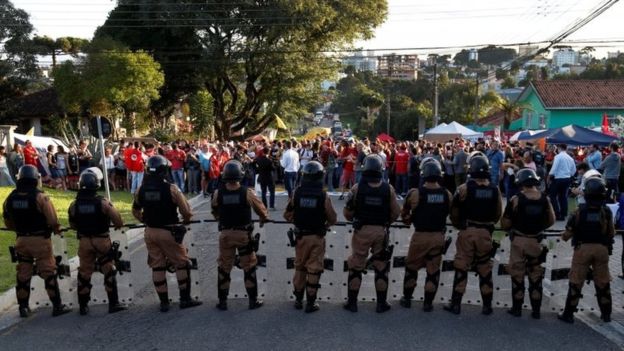 A recent poll showed Lula leads voting intentions for the 2018 presidential election with 29 percent to 31 percent of votes and is considered one of Brazil’s most popular presidents after leaving office with a 90 percent approval rating. Supporters have slammed corruption allegations against him as an attempt to sabotage his candidacy in the next election.

Another poll has shown Temer, who was installed in office through a parliamentary coup against his predecessor Dilma Rousseff last year, has an approval rating of just 5 percent. Meanwhile, 93 percent of Brazilians reject Temer's policies of neoliberal reforms and the dismantling of social plans carried out by his administration. 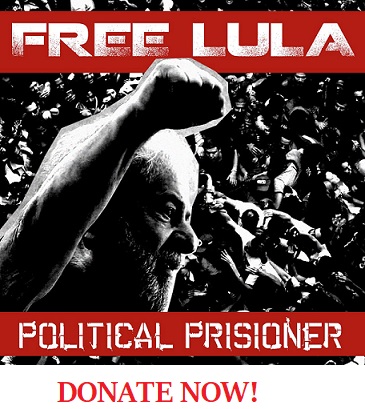