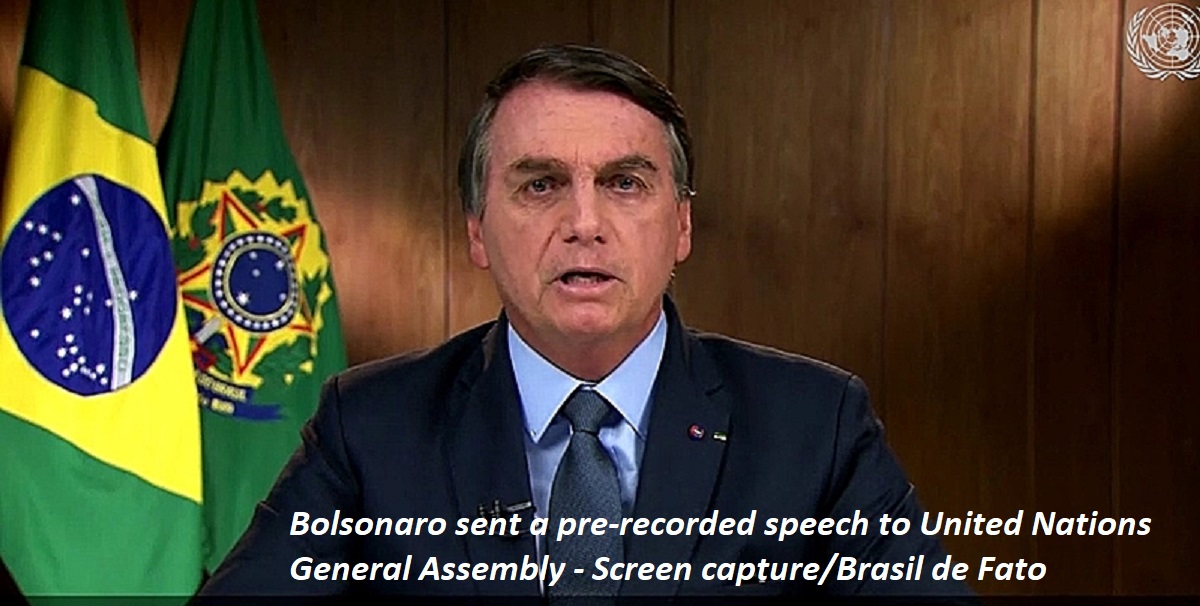 President Jair Bolsonaro sent a prerecorded statement that was transmitted live during the opening of the 75th United Nations General Assembly on Tuesday, September 22nd. For the first time in history, the event will be held virtually, due to constraints stemming from the novel coronavirus pandemic (covid-19).

Just like in 2019, when Bolsonaro spoke at the U.N for the first time, once more the head of State spoke about the Amazon rain forest and his government’s environmental policies. Since last year, Brazil has been criticized internationally due to uncontrolled wildfires that are destroying some of the country’s most important ecosystems.

For example, the Pantanal wetlands that are unique to Brazil, have had more than 12% of its landmass destroyed this year alone. Data from the National Institute of Space Research (Inpe) shows that in 2020 more than 69,527 wildfire hot spots have been observed in the area, 13% more than the whole of last year. The highest increase in wildfires however, occurred in the Pantanal region, where 15,894 fires have so far been detected, triple the amount in all of 2019 (5,285). Updated every day, data from Inpe is public and accessible to the entire population.

The wildfire situation is so worrisome that Brazil has faced unprecedented international pressure to deal with the calamity. In June, a group of foreign investors who manage around U$4 trillion in assets, demanded effective environmental measures from the Brazilian government. An open letter was sent to embassies in three continents, and vice president Hamilton Mourão met with investment fund managers in order to explain the matter. Some European countries like Austria and the Netherlands have already approved motions to not ratify an E.U / Mercosul trade deal signed last year, that is contingent upon unanimous ratification by nations from both blocks.

In his address, president Jair Bolsonaro blamed indigenous communities, peasants, the media and NGOs for the wildfires in the Amazon and Pantanal regions, as well as for the consequences of the coronavirus pandemic.

In a pre-recorded video in Portuguese, Bolsonaro claims to be the victim of a “disinformation” campaign orchestrated by the Brazilian press, that “politicized the virus” and “spread panic” among the population with the motto “stay at home”. He failed to mention that more than 138 thousand Brazilians have died from covid-19.