After weeks of tension, government and MST dismiss the possibility of National Guard action

The Movement will authorize federal troops to enter in order to escort experts; evictions have been discarded 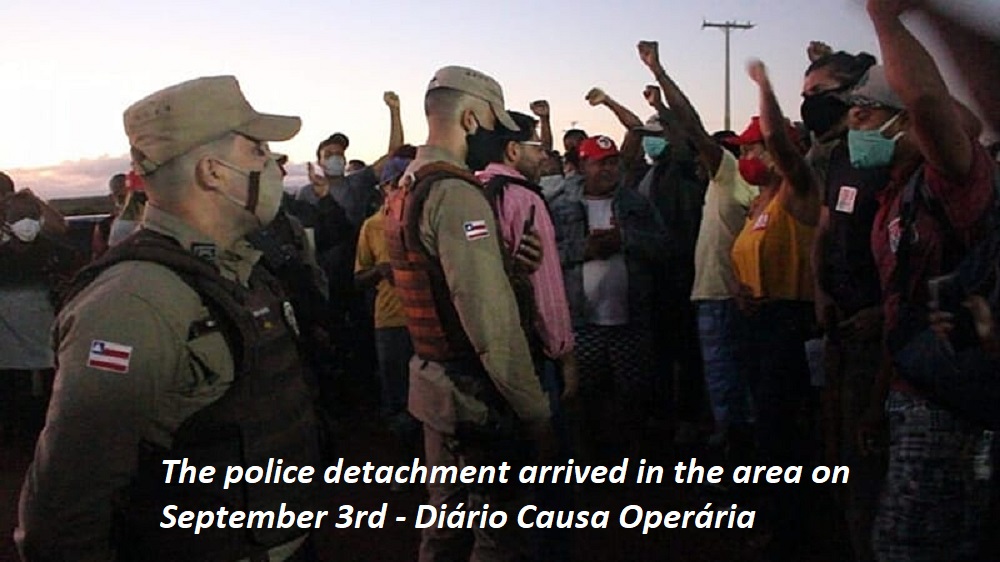 After two weeks of tension in the southern part of the state of Bahia, the Landless Workers’ Movement (MST) and the National Institute of Colonization and Land Reform (Incra) are closer to a deal that would suspend all land repossessions at the Jacy Rocha settlement, located in the Prado municipality. For now, the possibility of a National Guard offensive against the landless farmers is off the table.

100 federal troops were sent in to accompany Incra experts on oversight visits to two settlements in southern Bahia, and a land repossession attempt by a couple previously expelled by the MST from the area, for allegedly taking part in crimes such as drug trafficking and cattle theft.

The MST and Incra met on three occasions over the past week. Also in attendance were representatives from the Land Issues Secretariat of the Ministry of Agriculture, as well as officers from the Bahia state Federal Police Command.

In the meetings, MST members, Incra and the Federal Police agreed on Monday (14th), that the National Guard may accompany experts on oversight visits to the plots of land that house 227 families at the Jacy Rocha settlement, and 300 at the Rosa Prado one.

The police detachment arrived in the area on September 3rd and will stay till October 2nd, with the possibility of a 30 day extension of their deployment.

Though the officers will be present, there will be no evictions, even of the settlers who lack all the proper documentation. This is because many families are still awaiting the Incra accreditation that would give them the right to remain on and utilize the land.

“I got here 10 years ago. I filed a petition with Incra in 2015 and have not received the documents till now. Let’s see what they’re going to do with us, but they can’t kick us out of here if they refuse to provide us with the documents that would allow us to remain in the first place”, protested one of the settlers.

Both Incra and the Federal Police were asked to comment for this piece but did not respond until its publication.

Read prior articles on this topic: