After popular mobilization, STF extends ban on evictions in the pandemic 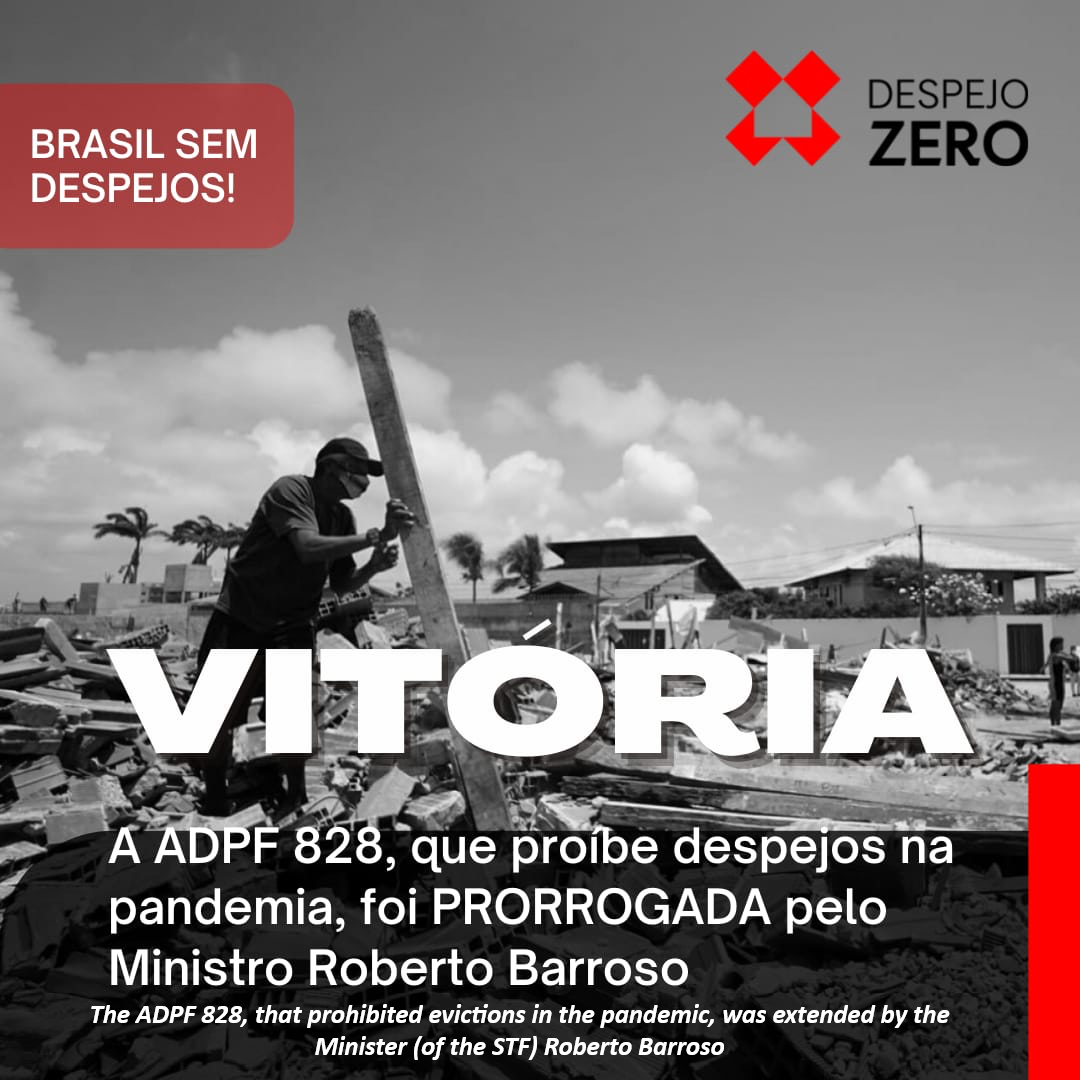 The announcement was made by Minister Barroso, of the Federal Supreme Court (STF), this Wednesday (March 30) 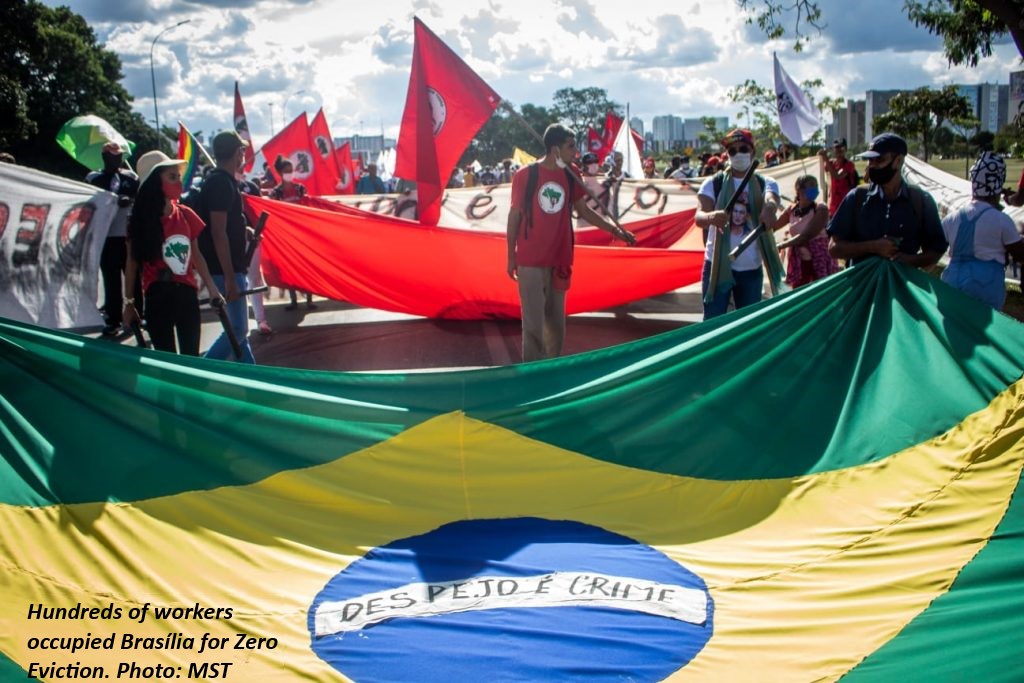 On the afternoon of this Wednesday (March 30), Minister Luís Roberto Barroso, of the Federal Supreme Court (STF) decided to extend the veto to evictions until the end of June 2022. The decision was awaited by popular movements articulated in the Zero Eviction Campaign and is being celebrated by hundreds of protesters who were mobilized in front of the National Congress, in Brasília, against the evictions.

The massive commemoration in Praça dos Três Poderes, in the Federal District, takes place after an engaged action of protests for the extension of the precautionary measure instituted by the STF as Arguição de Descumprimento de Preceito Fundamental (ADPF) nº 828, which prohibits expropriations and forced removals of vulnerable families on the land and urban occupants during the pandemic.

The extension of ADPF 828, which would only be valid until this Thursday (March 31), was only made after a series of mobilizations that took place in various instances and states.

This past Tuesday (March 29), the movements that are part of the campaign, met with the minister of the STF, Luís Roberto Barroso, and handed him a petition with the signatures of representatives from 32 countries, asking for the extension of the ADPF. Among the firms, European parliamentarians from France, the United Kingdom and Catalonia supported the petition. In the United States (USA), the president of the American Association of Jurists and more than 38 jurists and lawyers sign.

On the other hand, the mobilizations on Wednesday against the evictions in Brasília involved movements that were part of the campaign and families threatened with eviction. Workers marched towards the National Congress, where they carried out the National Act “Brazil Without Eviction: for Land, Home and Work”. Among them, the MST, the Movement of Homeless Workers (MTST) and the Movement of Workers for Rights (MTD) stand out, bringing together hundreds of people. 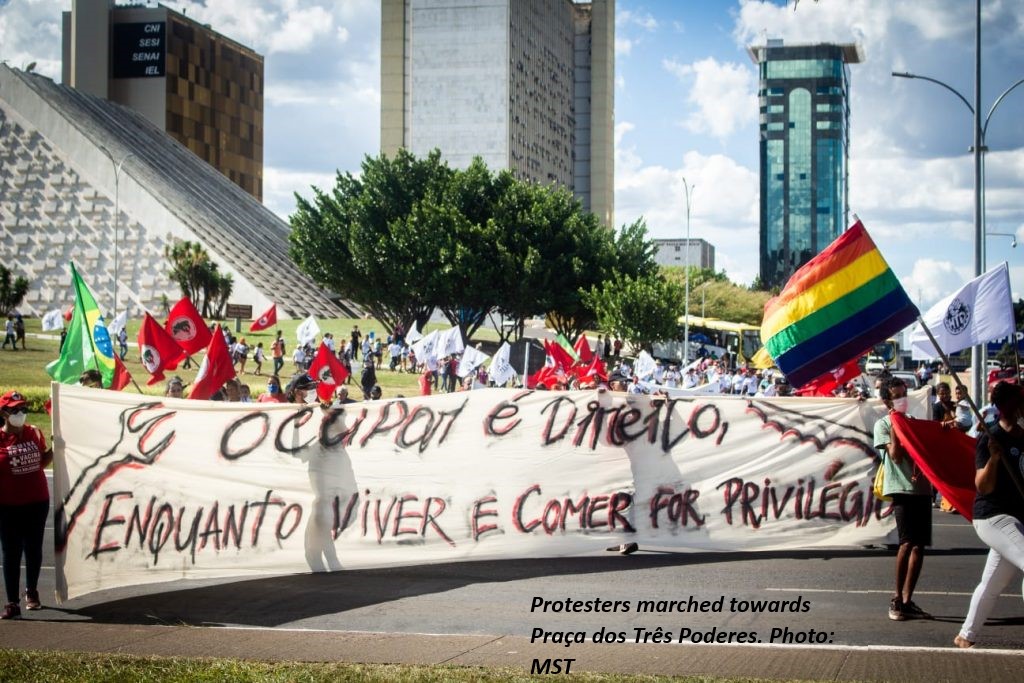 After the announcement made by Barroso, Kelli Mafort, from the national coordination of the MST, declared that the decision is very important, and that despite representing a respite for the next 3 months, it will be necessary to keep the entities and families permanently mobilized against the evictions. “Occupation fulfills a social function in our country, because the right to housing, the right to live, the right to land, are guaranteed by the Constitution. But if it's not, the people don't organize, fight and occupy these empty spaces, we can't get anything,” explains the leader.

Among other measures that are in the process of being articulated against the evictions, Kelli says that the members of the campaign require an audience with the president of the House of Deputies, Arthur Lira, in order to take a concrete position on the issue that is extremely sensitive in the midst of to multiple crises that the country is going through.

Thus, the set of popular movements for land and roof, will fight for a new Law around the Zero Eviction in the country, so that they can get an even longer term against evictions and forced removals. “But, without a doubt, we need to celebrate because only the fight changes life!”, declared Mafort.

About ADPF 828 and threatened families

ADPF 828 was instituted in June 2021 by the STF and was responsible for preventing at least 14,600 families from being evicted from their homes in the midst of the Covid-19 health crisis, thanks to the complaints presented to the STF. In addition, the measure was decisive for the suspension of at least 106 cases of threat of eviction, totaling more than 22,868 families that were not thrown into the street.

Sadly, another 27,600 families were not so lucky and were removed from their homes. The survey was carried out by the Zero Eviction Campaign, considering the period from March 2020 to February 2022. According to monitoring carried out since the beginning of the pandemic, there was a 602% increase in new cases of families threatened with expropriation and forced removals, which is equivalent to about half a million people who could be evicted as of April if the ADPF was not extended.

In the countryside, more than 200 MST areas are threatened with eviction, directly impacting the lives of 30,000 peasant families, including 20,000 children under the age of 12. Ana Moraes, from the national coordination of the MST, reported that “despite the pandemic having receded, its consequences, potentiated by the mismanagement of Jair Bolsonaro, are still present and are felt by the working class, such as inflation, unemployment and misery,” she denounces.

In this sense, Kelli Mafort adds: “evictions are an injustice, and in the Bolsonaro government is a project at the service of capital, agribusiness, mining and also real estate speculation.”