Activists fear a rise in human rights violations with Bolsonaro

Activists fear a rise in human rights violations with Bolsonaro

Social movements and victims report crimes against indigenous people, the Black community, the LGBTQ community, immigrants and women to the IACHR 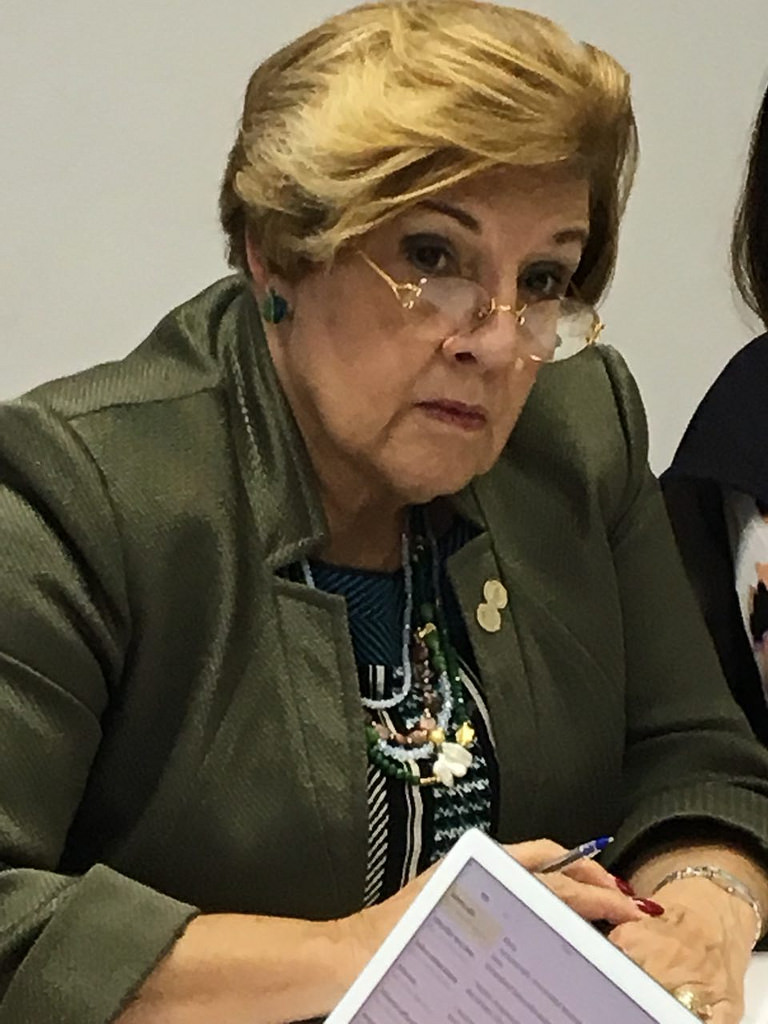 Esmeralda Arosemena de Troitiño, Vice-President of the Inter-American Commission on Human Rights (IACHR), is used to hearing reports of rape and violence since January 2016, the month she assumed her position in this Commission (which will end in December 2019). Her experience of listening comes from when she was a member of the Supreme Court of Justice in Panama, President of the Criminal Chamber in the same court and a magistrate for the Superior Court of Childhood and Adolescence.

On November 9 in a room at the Federal University of São Paulo (UNIFESP), Esmeralda listened carefully and with a serious look on her face, for more than an hour, to several reports of violence, fear and intimidation presented by human rights activists in Brazil. Faced with the report made by Rute Alonso, member of São Paulo Women’s Union, Esmeralda’s facial expression changed. In a jolt, the disappointment and the sadness seemed to overcome the firm gaze.

“What will happen to us? ‘To go back to the closet’ is not acceptable. It took us a lifetime to get out of it. We want to exist! We have long resisted! We want to exist…”, Ruth shouted with her voice choking and sobbing.

This statement marked the end of a quick but forceful speech on the violence to which women (and even more homosexual women) are exposed in Brazil, the fifth country in the world in the ranking of murdered women. Rute Alonso denounced the atmosphere of oppression, the rapes and the fear in an already violent reality and warned that this reality could become even worse after the inauguration of the far-right president Jair Bolsonaro (PSL), in January 2019.

A couple of weeks ago, she reported that two women were raped and threatened with a firearm in Villa-Lobos Park (west area of the city of São Paulo). The man who raped the two women said: “This is the Brazil I want”, paraphrasing the elected president’s slogan.

The hearing at UNIFESP was open to human rights organizations and activists that were willing to report human rights violations happening in the country. The meeting is part of a series taking place in eight Brazilian states. With this, the Inter-American Commission on Human Rights (IACHR) wants to cover the national reality – a broad work that has not been done since 1995.

The hearings will be reproduced in a report that will be delivered by the Commission to the Brazilian government in a few months. The first considerations will be presented in Rio de Janeiro on November 12).

Violence against indigenous people, the LGBTQ community, the Black community, immigrants, women, chaos in the prison system, impunity in the Kiss Nightclub case (Santa Maria – RS), the struggle for memory, truth and justice in the face of crimes committed by the civil-military dictatorship (1964-1985), were some of the subjects reported during the hearing that lasted more than three hours.

Maria Amélia de Almeida Teles (Amelinha), an activist well-known for her long struggle for the Brazilian State to recognize the crimes committed by the dictatorship, opened the meeting. Amelinha told her story to the members of the IACHR, and praised the work done by UNIFESP’s Forensic Anthropology and Archeology Center (CAAF), which since 2014 has been examining the more than 1,000 bones (possibly from political figures disappeared during the dictatorship) found in a clandestine grave in the Perus Cemetery. She warned that during the government of Bolsonaro (known supporter of the civil-military dictatorship and advocate for torture) this work is at risk.

“More than going on with our struggle, we want to continue denouncing torture. We will fight so that the path made by the disappeared people’s relatives has not been done in vain. We want the guarantee that our rights will be respected and that there will be no turning back. All the achievements were made with great hardship,” said Amelinha, which concluded that the battle to access the military archives of the dictatorship will continue. She was cheered loudly by the audience.

After Amelinha, it was the turn of Ângela Almeida, the widow of Luiz Merlino, a journalist who had been murdered at the hands of the dictatorship in 1971, to tell her story to the commission. She spoke about the murder of her husband, under the order of Colonel Carlos Alberto Brilhante Ustra (then head of DOI-Codi), now called a “hero” by Bolsonaro.

Ângela spoke about the unsuccessful attempt to hold Ustra responsible in 2008, followed by the victory in 2012 in a civil suit to blame her husband’s executioner. This victory was turned into a new defeat last October, when the Court of Justice of São Paulo accepted an appeal filed by the colonel’s defense before he died. The three judges of the court decided to close the prosecution on the grounds that the crime was not covered in civil actions. This justification revolted Merlino’s family and friends. According to the Superior Court of Justice (STJ) legal framework, crimes against humanity, such as torture, do not apply in civil actions.

“Six years later, in the atmosphere that we are living now, the court ‘unarchived’ the appeal,” said the widow. Ângela has no doubt that the message passed by the TJ-SP, in accepting Ustra’s appeal, is: “you can torture.”

“They’re trying to deny the truth that we won in court. They want to make a new truth. It is necessary for Brazilian society to know what the dictatorship and torture were. Today torture is trivialized. A society that ignores torture and murders of poor people is a sick society,” she said.

The danger of existing

Like the testimony of Rute Alonso (member of the São Paulo Women’s Union) the subject of violence against the LGBTQ community was also stated by other human rights activists, such as Carlos Eduardo Carreira, a member of the Group of Advocates for Sexual and Gender Diversity (GADVS). This lawyer warned the IACHR about the risks faced in Brazil by the LGBTQ community, and to the threat of setbacks during the Bolsonaro administration.

As an example, he talked about the possibility of a repeal regarding the civil rights of this community, such as civil marriage; the end of specific health policies, such as hormone and HIV treatment; ongoing actions in the judiciary prohibiting blood donation; and projects that intend to implement the so-called “gay cure”, even though homosexuality has not been considered a disease by the World Health Organization (WHO) since 1990.

“Because we simply exist and love each other, we risk our lives,” said Carlos Carreira. For him, Bolsonaro’s election unveiled a fascist and prejudiced society. “Nobody is born racist. No one is born sexist. No one is born ‘homophobic’. This is a social construction. So, my appeal is for schools to address these issues.”

Representing more than 50% of the Brazilian population, the Black community in the country is regularly subjected to violence. Regina Lucia (member of the Unified Black Movement (MNU), founded in 1978), addressed the figures that mark the genocide of black youth in Brazil – 70% of the 30,000 young people killed in 2016 were Black.

“This risk of genocide is increasing, because it is something approved by the president-elect. And in São Paulo’s case it is worse, because the new governor (João Doria) said that the police will ‘shoot to kill.’ And we know well who they’re going to shoot at,” said Regina. “The moment we are living is the most tragic of the last 40 years, since the movement was born.”

Regina says that the Judiciary always rules “against the life and security of the Black community” therefore is not trustworthy. She hopes the international community can help “to detain the madness that the polls granted in this country.”

During the more than three hours of the hearing, the fear that human rights violations will increase after the swearing of the far-right president, Jair Bolsonaro, was present in almost every speech and complaint of the activists.

“I have to point out that we have heard a very high number of complaints that address this uncertainty regarding what will happen. So, in my opinion, it is important to have a vision of the country’s reality. I believe that this is the importance of what has been said to us, and that represents an opportunity for the people to think about how we are. It is a distressing situation where people are insecurea in asserting human rights,” said Esmeralda Arosemena, after the hearing.