“The environmental damage that Bolsonaro brought to Brazil is immeasurable,” state the MST youth

Aline Oliveira and Camilo Augusto of the MST Youth Collective explain on Arbor Day, this Wednesday (9/21), the MST will carry out actions to confront the environmental crisis and defend the biomes throughout the country. 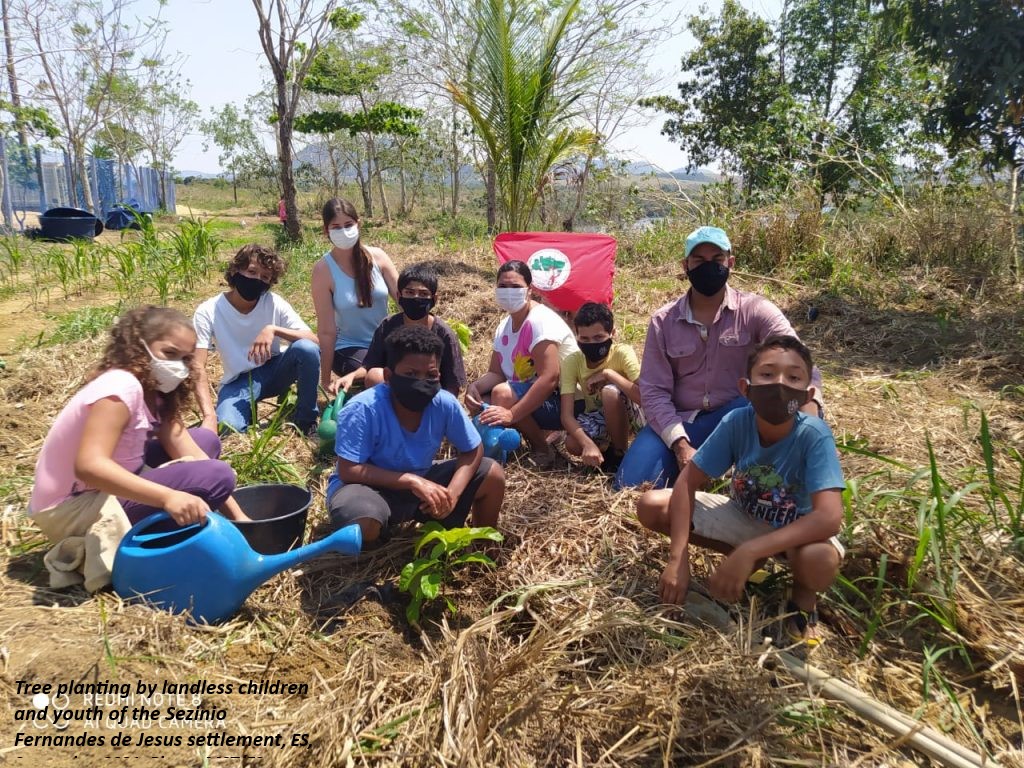 With the policy of environmental destruction developed by the Bolsonaro government for more than three years in Brazil, the numbers of deforestation, environmental crimes and various forms of violence against rural, water and forest peoples are increasing day by day.

With the slogan “Peoples Agrarian Reform: Planting Brazil of Hope”, on Arbor Day, September 21, the MST carries out several actions to face the environmental crisis and defense of biomes throughout the country, with the occupation of territories, planting trees and denouncing the environmental crimes of the agribusiness candidates.

The activity is also part of the actions of the National Plan to Plant Trees, Produce Healthy Foods, launched in 2020 with the objective of planting 100 million trees in ten years.

“The plan aims to draw society's attention to the importance and urgency of including the working people in the environmental discussion and also in the construction of alternatives to the environmental crisis, since it is the people who suffer the most from its consequences, and for the Movement the best way to do this is by example and practice”, explain Aline Oliveira and Camilo Augusto, both from the MST Youth Collective and from the Plant Trees National Plan. 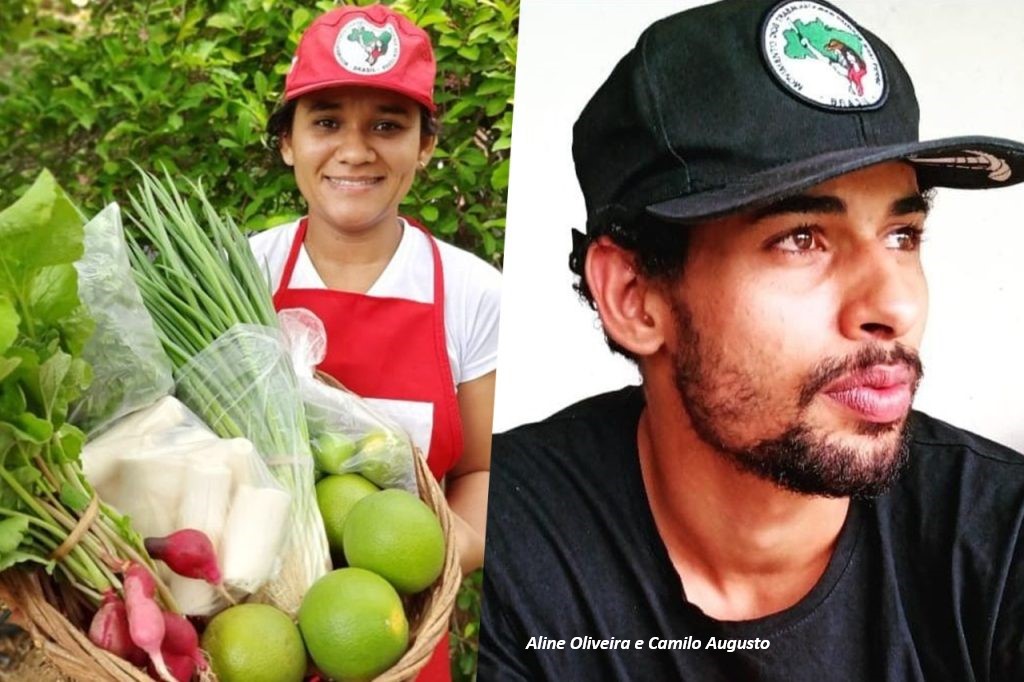 Check out more information about the activities in the full interview with the young people below:

What is the MST's intention with the Arbor Day activities, which take place throughout the month of September?

The actions we are carrying out this September have as their main goal to draw society's attention to the urgency of the environmental struggle. And as we are in the final stretch of the electoral campaign, these actions also aim to unmask the candidacies that support and/or are responsible for accelerating environmental destruction and Brazilian biodiversity, led by the Bolsonaro government and evidenced in the data on the increase in fires and deforestation as well as the various environmental tragedies that we have experienced in recent years. These have a direct connection with the destructive model of agribusiness, strengthened by Bolsonaro.

Some candidacies linked to agribusiness have tried to disassociate themselves from environmental crimes and the dismantling of public policies to camouflage their project of death and destruction in order to succeed in the election.

“Therefore, the actions carried out by the MST as a whole have the motto to unveil the environmental project of death of the Bolsonaro government and its allies.”

What actions are planned across the country?

The MST is involved in different actions that dialogue with this theme throughout the month. We are building different types of actions for the week of September 21st, which is Arbor Day and, therefore, has a symbolic meaning as it is a commemorative date in the national calendar. Among these are activities to denounce environmental crimes and those responsible, especially candidates in this election, as well as tree planting actions that, by highlighting the MST's commitment to life and the present/future of humanity. And, finally, several actions will be carried out with the candidates who also assume the commitment to agroecology and the preservation of life, together with the preservation of nature. 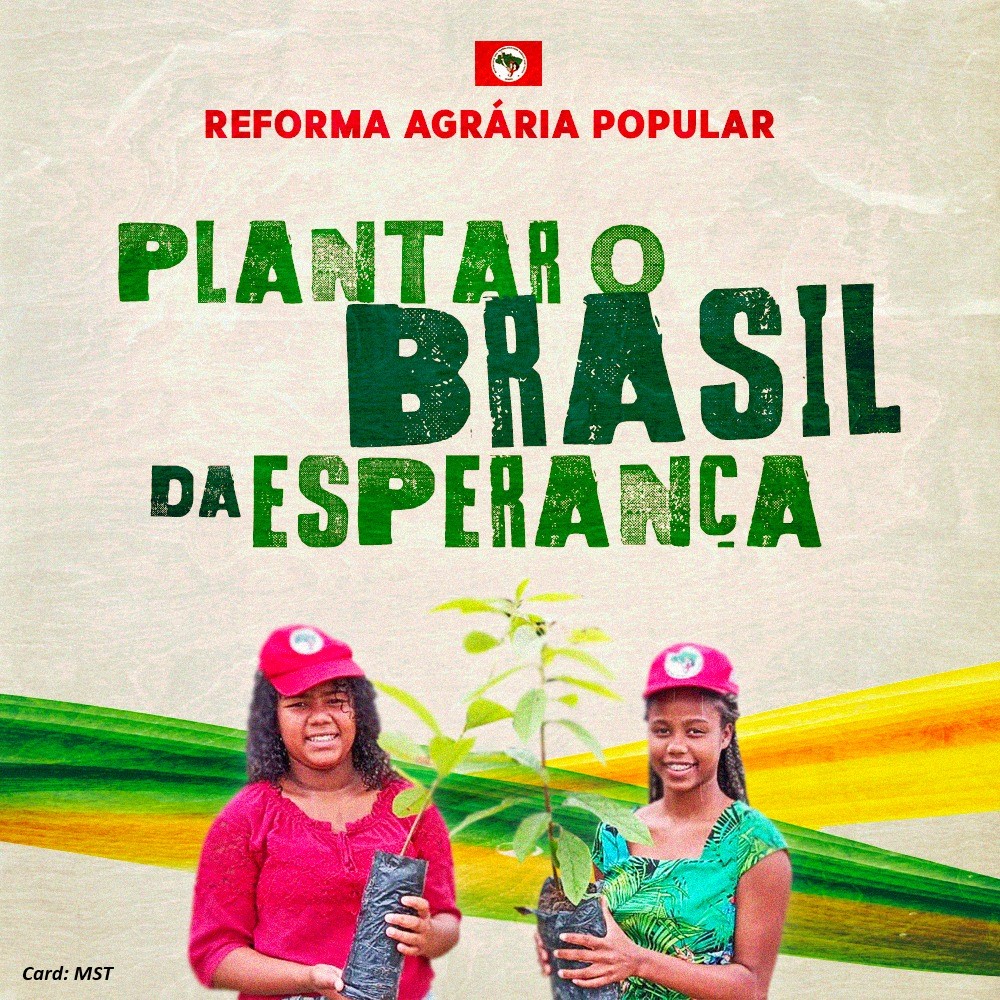 What are the damages from the policy of environmental destruction of the Bolsonaro government for landless families, the indigenous people, and traditional communities?

“The environmental damage that the Bolsonaro government has brought to Brazil and humanity is immeasurable. The destruction of the cerrado, the cradle of the waters, and the Amazon (mainly) impact on the world's climate regulation.”

The Bolsonaro government with its policies attacked the existence, living conditions and residence in the territories of landless, indigenous, quilombola and traditional families. This government promoted the opening of paths for the expansion of agricultural and mineral exploration frontiers in a predatory way over new territories that were outside the legal reach and the domain of capital, which is easily observable in the legislative movements, in relation to land regulation, which aims to legalize lands usurped from the Union by agribusiness.

What about attacks on territories and against indigenous peoples?

There is an attempt to approve the thesis of the marco temporal, which aims to raise indigenous lands for the exploitation of agribusiness and mining companies, not to mention the escalation of violence against rural peoples, especially forest peoples (case of the Guarani Kaiowá and Yanomami).

The fury of these sectors for the territories occupied by these peoples has increased violence in its different dimensions, in addition to having kidnapped the Brazilian State and some public institutions so that they act only in favor of the interests of capital, to the detriment of rural people, putting an end to important public policies such as the PAA [Program for the Acquisition of Food] and the PNAE [National School Feeding Program].

The increase in conflicts in the countryside is a result of the policy of destroying peasant communities in the name of a capitalist project for nature. As well as the violence against environmental activists in this current period. And the deregulation of rainfall cycles and the ecological complexity of Brazilian biomes by destruction of recent years has also imposed serious limits on peasant production of healthy foods, which results from the way that agribusiness produces and its strengthening in the government.

The Annual Report on Deforestation, by Mapbiomas, from July this year, proved that agribusiness was responsible for 97% of deforestation in Brazil in 2021. What are the damages from this for the environment and for the future of the landless youth who live in agrarian reform areas?

Young people are the hardest hit because they will have to face the most drastic consequences of this destruction. Research indicates that there will be millions of climate refugees in the Amazon by 2040, climate extremes have only intensified and the conditions of life we ​​knew may no longer exist due to environmental destruction. In addition, pandemic scenarios will be increasingly recurrent due to the environmental imbalance and this apocalyptic context will be experienced by youth, who have been raised in the perspective of a plural and popular future.

The Bolsonaro government accelerates these contradictions by limiting organized popular action and making impunity a norm for landowners, putting at risk the reproduction of life in traditional communities and settlements, since these are the territories that are at the center of the dispute for land, second only to indigenous lands and forest reserves.

Settlements and traditional communities are important territories for the reproduction of life and, above all, of the landless and peasant youth, as they are places of struggle and resistance, as well as guardians of age-old practices of reproduction of life based on respect and harmony between human being and nature.

“Therefore, the advance of agro-hydro-minero-business on indigenous lands, quilombolas and agrarian reform settlements is an attack on the existence of youth.”

A survey of entities that monitor the release of pesticides in Brazil indicates that since the beginning of his term, Bolsonaro has already approved the release of 1,682 new poisons. How has this large amount of pesticides used by agribusinesses affected MST settlements, which produce food in agroecological systems?

It has different affects, according to the realities of each location, from contaminating water and making production without poison difficult to killing entire crops by aerial spraying done by farmers who are neighbors of the settlements, as well as the destruction of environmental complexity, such as insects important for food pollination, like bees that have been decimated due to the intensive use of pesticides.

There is also the illness of the peasants, but, without a doubt, the greatest damage from this increase in pesticides is for the health of the poor population, which does not have access to healthy food. The impacts caused by agribusiness affect the entire population and not just the rural population, as countryside and city are intrinsically linked.

What is the danger from the candidacies of politicians linked to agribusiness in these elections for the environment and the future of family and peasant agriculture?

These candidacies reinforced the project of environmental destruction, orchestrated by big capital, as well as the even greater loss of rights and public policies for rural peoples. For the environment, the risk is of rampant devastation of biodiversity, as these candidacies propagate the idea that “progress” involves the destruction of biomes for the advancement of commodity production, a myth that has been debunked for decades but still used today as a justification.

The success of these candidacies will bring historic and irreversible effects to society as a whole. Agribusiness and the environment do not reproduce in harmony, agribusiness is a destroyer of biodiversity and one of the causes of the pandemic scenario and climate catastrophes.

“Only peasant family agriculture and Peoples Agrarian Reform, through the technological matrix of agroecology, are capable of reestablishing the balance of the relationship between human beings and nature.”

What actions has the MST been developing in Agrarian Reform territories to fight deforestation and guarantee food production?

The movement has long debated and built agroecology, which is the technological matrix of alternative production to agribusiness, and, in 2020, took a leap of understanding on the breadth of the environmental issue by launching the National Plan to Plant Trees, Produce Healthy Foods, which took on the challenge of planting 100 million trees in 10 years.

The plan aims to draw society's attention to the importance and urgency of including the working people in the environmental discussion and also in the construction of alternatives to the environmental crisis, since it is the people who suffer the most from its consequences, and for the movement the best way to do so is by example and practice.

Since then, we have boosted the construction of seedling nurseries, reaching more than 100 in the country, boosting production in agroforestry systems, and restoring springs. All this in dialogue with the struggle for land and the need for Peoples Agrarian Reform so that social and environmental problems are resolved through a popular alternative.