Hunger spreads in Brazil: 6 out of 10 families do not have full access to food

In one year, the number of people who have nothing to eat jumps from 19 million to 33.1 million. 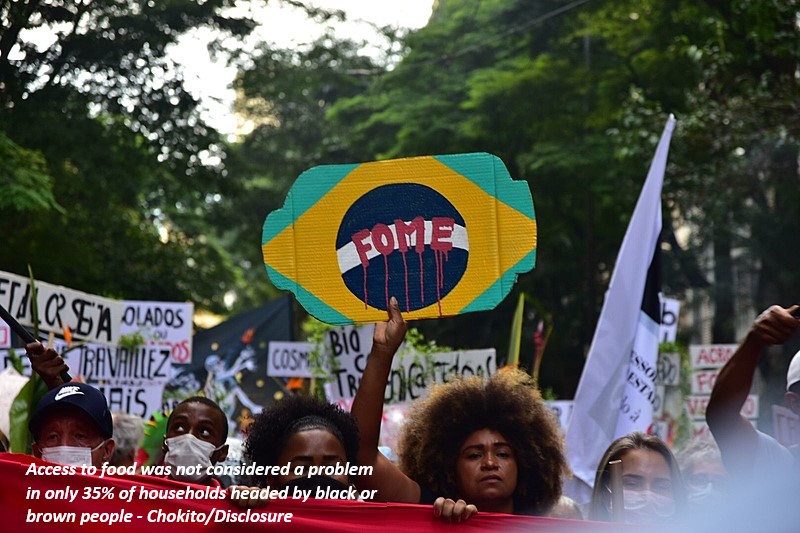 In 2022, more than half of the Brazilian population – 58.7% – live with some type of food insecurity. The number of people going hungry rose from 19 million to 33.1 million people in just over a year. The data released this Wednesday (June 8) are from the 2nd National Survey on Food Insecurity in the Context of the COVID-19 Pandemic in Brazil, carried out by the Brazilian Research Network on Food and Nutrition Sovereignty and Security (Rede Penssan). The research shows that Brazil has regressed to a level of food insecurity equivalent to that of the 1990s.

This means that 15.5% of the population in the country has nothing to eat. Full access to food has become an exception: this is the reality for only four out of 10 families.

The research was carried out in the field, by the Vox Populi Institute, with interviews in 12,745 households in 577 municipalities in all Brazilian states.

In absolute numbers, 125.2 million people in Brazil are experiencing some level of food insecurity. This classification includes people who are starving and those who are worried about not knowing if they will have enough to eat the next day. The number of people in this situation has increased by 7.2% since 2020, and 60% since 2018.

“The paths chosen for economic policy and the reckless management of the pandemic could only lead to an even more scandalous increase in social inequality and hunger in our country”, highlights Ana Maria Segall, medical epidemiologist and researcher at the Penssan Network.

Hunger in Brazil has color, gender, age, geography and class. The North and Northeast of the country are the regions most affected by the lack of food on the plate, with 25.7% and 21% of families, respectively, going hungry.

Regional inequality was also observed in the contrast between the countryside and the city. In rural areas of Brazil, food insecurity is experienced in 60% of households. Of these, 18.6% are in a serious condition. Not even those who produce food have escaped. Hunger affected 21.8% of the households of family farmers and small producers.

In 53.2% of the households where the reference person is self-declared white, access to food was not considered a problem. The same happened in 67% of households with an income greater than one minimum wage per person. Among households in which the person responsible declares himself to be black or brown, the rate drops to 35%. Compared to the previous edition of the Penssan Network Survey, among black households, hunger increased from 10.4% to 18.1%.

In 2020, the lack of food affected 7% of households in which women are responsible. In 2022, it rose to 11.9%. Also in this period, the difficulty in getting food in families with children doubled: hunger affected 9.4% of them and, currently, it is the reality of 18.1%.

“You can keep the pans that money didn’t give today”

“You know the tide is not easy / And those who don’t sleep in a cap already know the situation / I know it hurts the heart to speak the way I said / Say that the worst happened: you can put away the pans that money doesn’t give today." Paulinho da Viola's samba was released in 1979, but if it was a song from 2022, there would be no surprise.

For Renato Maluf, coordinator of the Penssan Network, “the measures taken by the government to contain hunger today are isolated and insufficient, in the face of a scenario of high inflation, especially in food, unemployment and the drop in income of the population.”

In this 2nd Survey, 8.2% of the families reported feeling ashamed, sad or embarrassed by the means they are having to use to get food on the table. According to them, the situation hurts their dignity.