What is the MST's People’s Agrarian Reform Program?

The agrarian program of the Landless Rural Workers Movement seeks a structural change in the relationship with access to land, natural goods, modes of production and peasant community organization 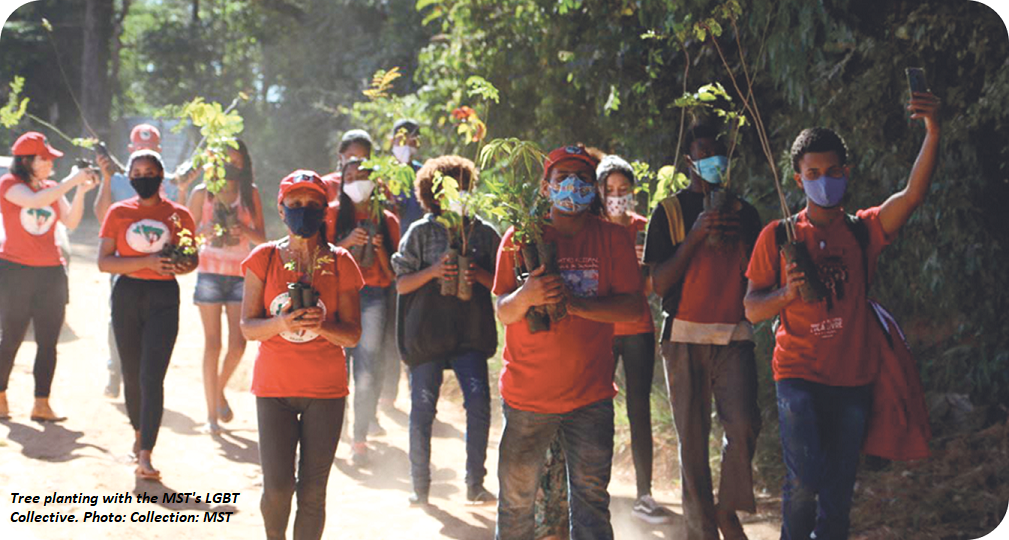 Brazil is one of the countries with the highest concentration of land in the world and where the largest latifundia are located. This concentration began to exist since the colonial period, in the 16th century, when agrarian exploitation started from monoculture for export supported by slave labor. Thus, the domain of Brazilian lands by colonizers established the roots of the social inequality that persists to this day in the country.

Across Latin America, this picture is maintained, as well as in Brazil. The last Brazilian Agricultural Census, carried out in 2017, shows that around 1% of landowners control almost 50% of the rural area. On the other hand, establishments with areas smaller than 10 hectares (each hectare is equivalent to a soccer field) represent half of rural properties, but represent only 2% of the total area.

This portrait of reality illustrates the scale of the expropriation carried out by the colonial project, and over the centuries, taken by capitalism and imperialism, with political, economic, social and environmental consequences in the historical construction of Brazil and Latin America. After all, the relationship with the land is fundamental for the development of a country. Because, when we talk about land, we are talking about the control of natural and economic assets, with social and cultural implications. 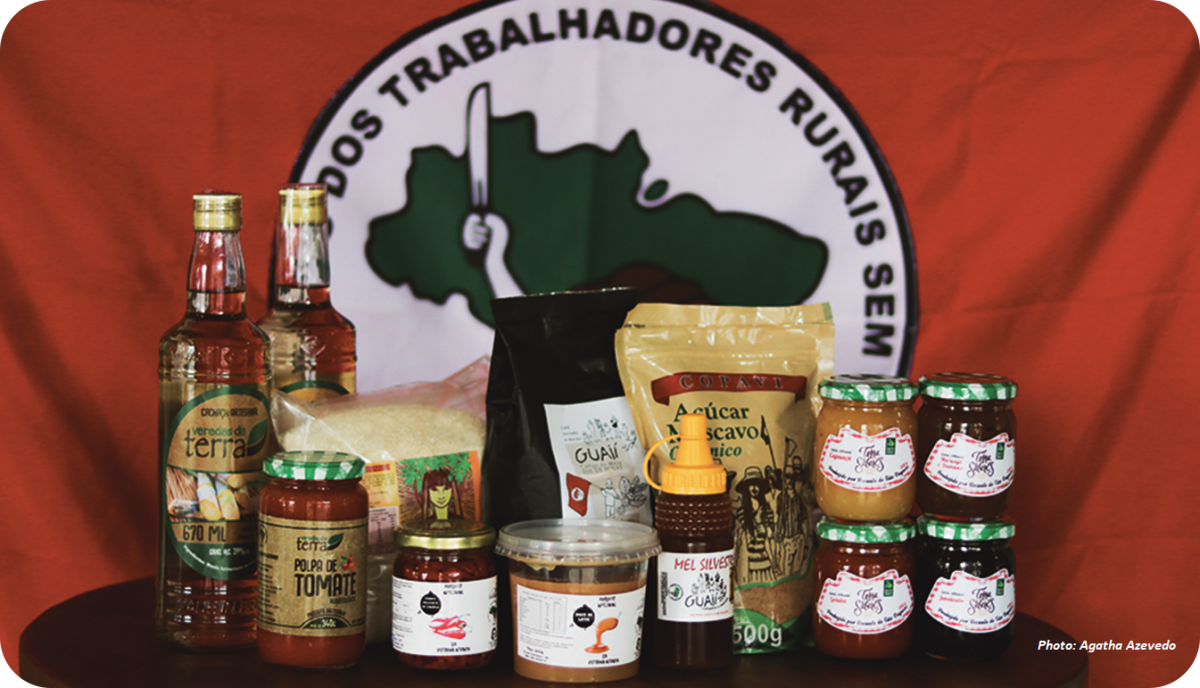 Thus, the struggle for land is old in Brazil, and since the colonial period it has been taken over by indigenous people’s, quilombolas, peasants, among other traditional communities. After many trajectories of struggle, with the end of the Military Dictatorship in Brazil, the Landless Rural Workers Movement (MST) was born in 1984. Since then, the movement has been consolidated based on three mobilizing objectives that persist to this day: the struggle for land, for agrarian reform and for social transformation.

The first mobilizing axis concerns the immediate struggle, the need for subjects to conquer a piece of ground; the second refers to a State policy, since without it the conquest for land cannot be massively maintained or carried out; and the third carries within itself the idea and constant search for practice based on the need to transform power relations in society, favoring the working and peasant class.

Since the beginning of the MST, land occupations have become the way the movement presents itself to society. Occupation is an act of questioning and denunciation: it questions the social function of property and denounces that certain land is not fulfilling its social function, as provided for in the Constitution.

The struggle to fulfill the Earth's Social Function

According to the 1988 National Constitution, the right to property must meet the social function, so that the Federative Republic of Brazil can meet the foundations of building a free, fair and solidary society; ensuring national development, eradicating poverty and reducing social and regional inequalities. In this sense, it is up to the Union to expropriate land for social interest, the properties that do not fulfill their social function, as established in article 186. 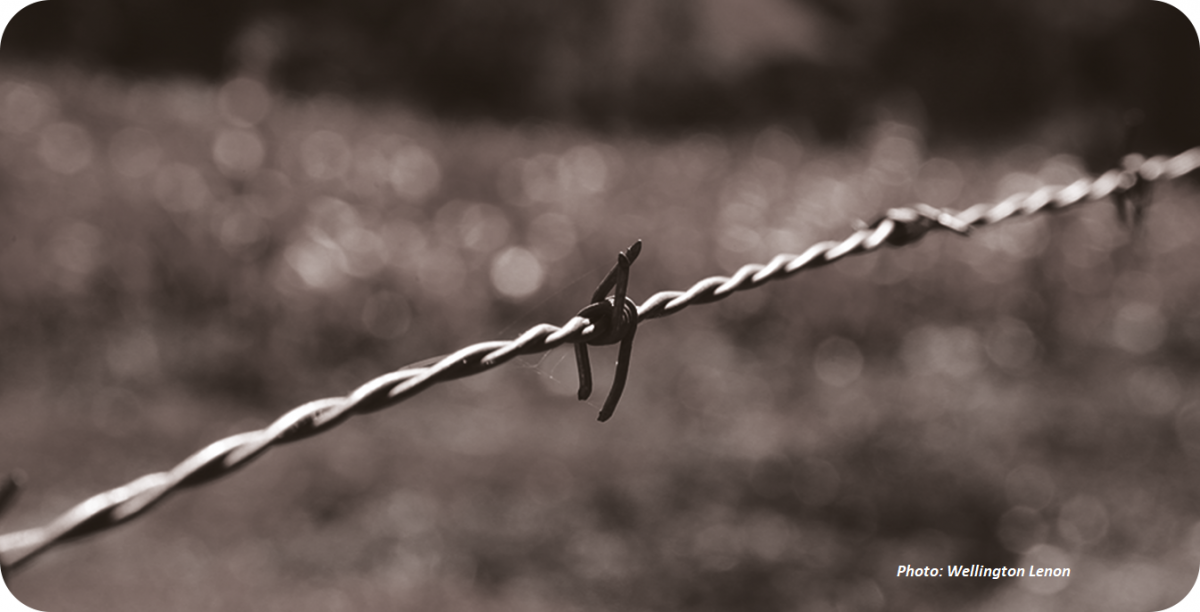 In this way, the social function of land represents in the Brazilian Constitution itself, in general terms: the rational and adequate use of the land; the proper use of available natural resources and the preservation of the environment; compliance with the laws that regulate labor relations; exploitation that favors the well-being of owners and workers.

Therefore, the MST believes that for us to have a more just and egalitarian Brazilian society, it is necessary to carry out a broad Agrarian Reform, of a popular nature, contributing to the construction of national sovereignty. Therefore, it is necessary to decentralize access to land, so that it fulfills its social function, guaranteeing the rights and permanence in the countryside of the communities that live and work there, whether these communities are peasant, indigenous, riverside, rubber, geraizeiras and quilombolas, among other traditional communities. [Editor: Geraizeiros are traditional populations that live in the cerrados of northern Minas Gerais. This term derives from the fact that, in the north of the state of Minas Gerais, the Cerrado regions are known as Gerais.]

People’s Agrarian Reform must be a struggle for all

The struggle for agrarian reform increasingly implies confronting capital, which is manifested in the struggle against large transnational corporations, such as agribusiness, responsible for the production of pesticides, transgenic seeds and the depletion of natural resources.

The consequences of this destructive model for the environment are gradually being felt in most of the population living in large urban centers. Contamination and scarcity of water, food poisoning by pesticides, climate change and swelling in big cities are just a few examples of the intrinsic relationship between agrarian and urban issues today. 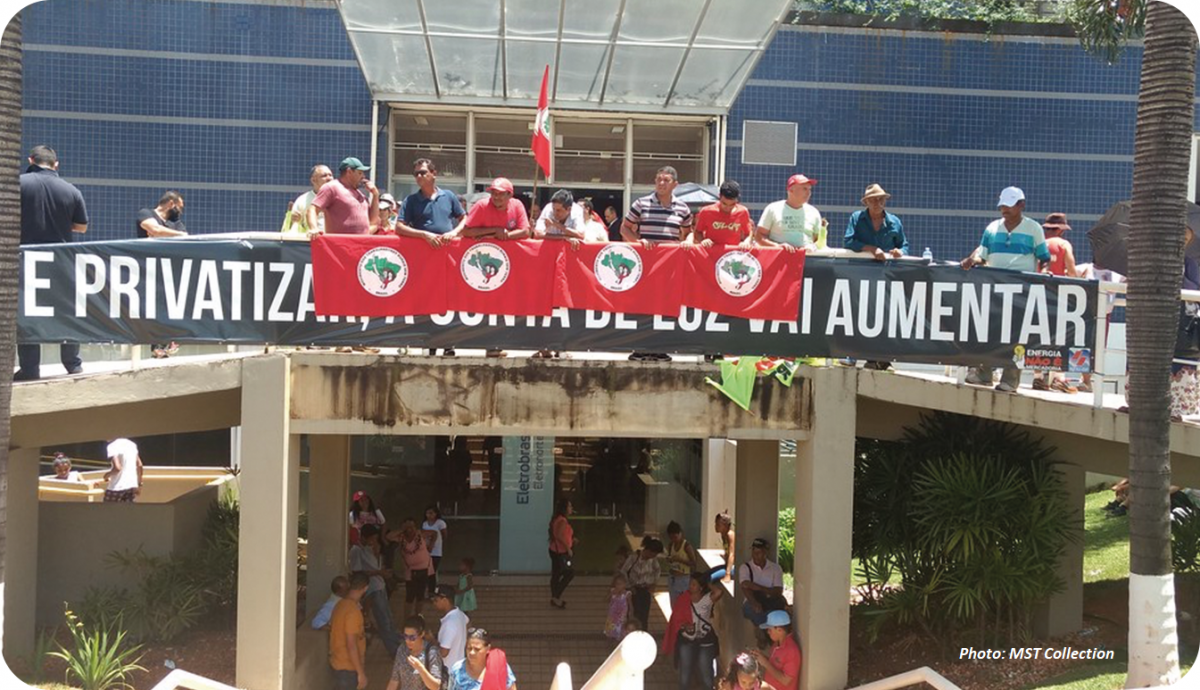 From then on, agrarian reform ceased to be of interest only to populations living in the countryside and became a necessity for society as a whole. Likewise, peasant women alone are no longer capable of altering the balance of forces to reorganize the agrarian structure. It will only be possible when the populations of cities also understand the need to carry it out.

In this sense, the centrality of the struggle for land becomes around the dispute for the agricultural model. If before the enemy was centered on the figure of the former landowner, now it has become much more powerful, as the landowner has allied with the large multinationals in the sector, the financial system and the mass media, responsible for ideologically propagandizing the conception of agriculture proposed by agribusiness.

Thus, it is necessary to establish a maximum limit on the size of land ownership, as a way to guarantee its social and rational use. It is necessary to organize national agricultural production with the main objective of producing healthy food, free of pesticides and genetically modified organisms (transgenic) for the entire population, thus applying the principle of food sovereignty. The export policy for agricultural products should only be complementary, seeking the greatest possible added value and avoiding the export of raw materials.

However, the concept of people’s agrarian reform goes far beyond productive issues. It also permeates the construction of new human, social and gender relations, facing machismo and LGBTphobia, for example. It permeates by guaranteeing access to education at all levels in the rural environment, while its purpose is to build autonomous forms of cooperation between workers who live in the countryside and in the political relationship with the urban masses.

There are already many initiatives in this regard, through agroforestry, cultivation of native seeds, processing and agroindustry, direct marketing fairs, scientific research, technical training and the use of new technologies. However, given the complexity of the subject and the challenges to be faced, it is important to emphasize that it was not only the changes in the nature of capital that led the MST to reformulate the struggle for land.

The genesis of these movements necessarily permeates the transformation of society, and it was precisely from this element that a political and organizational culture was created among the landless families that matured in the conception of people’s agrarian reform. Its full realization, of course, depends on structural changes in society. However, it seeks to share with the working class not only a just demand, but a project of power, sovereign and popular. 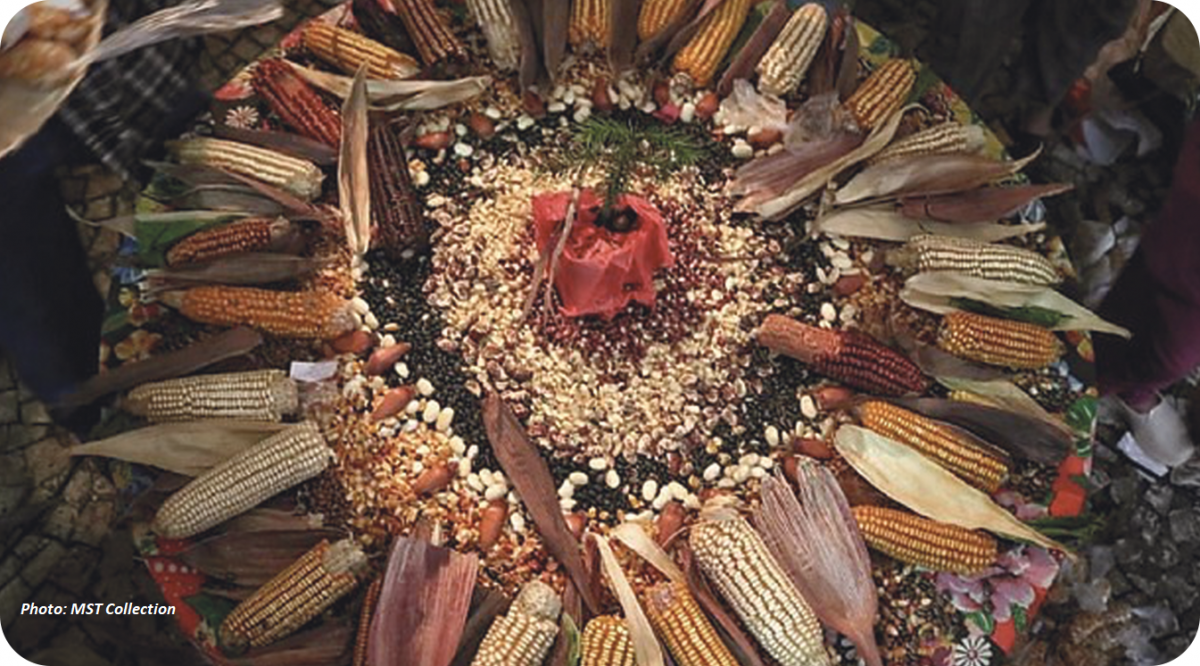 Democratize access to land and all natural goods, in our national territory, for the Brazilian people, guaranteeing the social function of land and demarcation rights for native peoples, traditional communities and rural workers. Preventing the concentration of properties and eliminating the latifundium.

Ensure and preserve the goods of nature, water, biodiversity (fauna and flora), minerals and energy sources as a public good, accessible to the entire population, without becoming merchandise as objects of private appropriation. Reforest degraded areas with ample biodiversity of native and fruit trees, ensuring environmental preservation.

Seeds are nature's heritage and cannot have private property and economic control over them that override national sovereignty, in favor of the production and use of seeds and seedlings, in order to preserve, multiply and socialize creole, traditional or improved seeds, which contribute to the peasantry and the strengthening of the biodiversity of the regional biomes.

Produce food with the people and for the people, cultivating sustainable environments with healthy production, preferably from agroecological techniques, free of pesticides and transgenic seeds. Develop production and social relations, ensuring permanence in the countryside through forms of work and income from associations, cooperatives and agribusinesses.

Develop cooperatively energy production, considering the specificities of regions, municipalities and communities, with different sources of renewable resources that meet the needs of the people, building national energy sovereignty in a strategic way and that does not give in to speculation and privatization of capital international financial

To guarantee the population that lives in the countryside access to cultural goods, as well as the right to quality and free public education. Permanently develop technical, scientific and political formations from critical perspectives of reality and social place. Mastering the media and its tools in favor of peasant culture from their voices and collective memory, seeking to overcome prejudice and discrimination, developing social transformations.

The countryside must be a place of good living, free from violence, ensuring that the rural population has opportunities and conditions for a dignified life, where labor rights are guaranteed and labor relations are based on cooperation and combating class alienation, considering that access to land, its diverse goods and fruits must guarantee subsistence and national sovereignty, so that these rights are inviolable before profit.

Agrarian Program of the MST