Under Pressure from Large Farmers, Iguaçu National Park is Threatened [3-23-11] 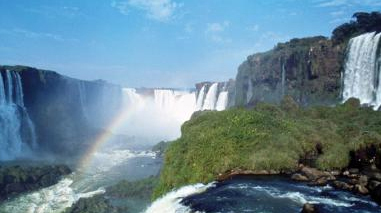 A newsletter of the Federation of Agriculture of the State of Paraná (Faep) announced a reduction of 10 km to 1,200 meters of the buffer zone of Iguaçu National Park, later this month, through an ordinance of the Chico Mendes Institute for Biodiversity Conservation.

Thus, large plantation owners and agri-business would be allowed to plant GM maize in the Conservation Units, depending still o the consent of the Council of the Iguaçu National Park (Conparni) and signature of President Rousseff.

The Iguaçu National Park, located in west of Paraná, is a unit of strictly protected areas in which the activities have to respect their management plan. The park was considered a World Heritage Site by Unesco.

The ban on planting genetically modified organisms ensures the preservation of fauna, flora, ecosystems, and also the local communities that have their ways of living and doing associated with the maintenance and enhancement of agro-biodiversity and biodiversity.

However, despite having an area of ​​10 km of environmental preservation, official technical studies developed by the Department of Agriculture and Supply of Paraná proved that this margin is insufficient to prevent such contamination.

With the possibility of decreasing the area of ​​protection, farmers located in the vicinity of the Iguaçu National Park and civil society organizations such as Via Campesina; require the immediate stoppage of the editing process of the Ordinance.

More than 50 groups sent a letter to the president of the Chico Mendes Institute for Biodiversity and Conservation, Rômulo José Fernandes Barreto Mello, against diminution of the protected area of ​​the park. (Click here to view the document in Portuguese) 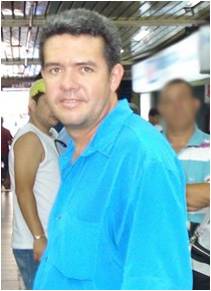 Even though in the buffer zone of the Iguaçu Park planting of GM crops is banned, the transnational company Syngenta Seeds experimented with illegal seeds in the surrounding areas of the Iguaçu National Park, in Santa Tereza do Oeste,

The irregularity was proven by the Brazilian Institute of Environment and Natural Resources (IBAMA), which found transgenics, planted 6 km from the park.

The institute conducted a survey in 18 properties around the park and found the illegality committed by Syngenta company, or the planting of over 12 hectares of transgenic corn and soy.

At the time, the company admitted the crime during the process.

In 2006, human rights organizations and social movements denounced Syngenta to IBAMA. The transnational environmental was fined in the amount of R$ 1,000,000, 00 (one million reais) for the unlawful conduct and not yet made the payment.

In the same year there were rumors that Syngenta would resume experiments with genetically modified organisms, which motivated the rural workers of the Via Campesina to occupy the experimental station.

On October 21, 2007, 30 heavily armed men wearing uniforms of the company contracted to guard the Farm of Experiment Station of the transnational company Syngenta Seeds invaded the area and fired on the workers.

The attack resulted in the deaths of MST activist , and left the rural worker Isabel do Nascimento de Souza with serious health problems.