Sold Out Lands: A threat to National Sovereignty

Temer is promoting a bill that enables the purchasing of lands for foreign natural and legal entities. 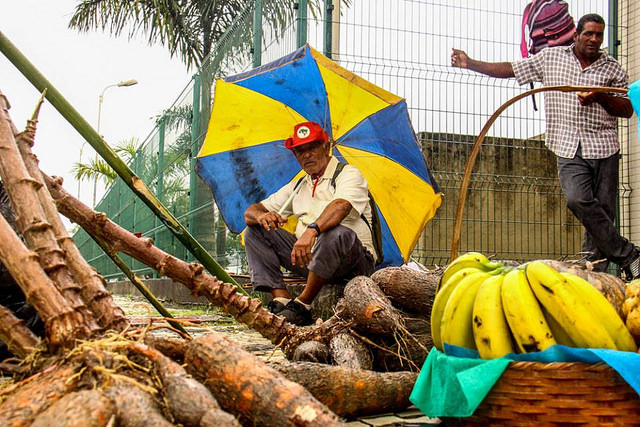 Last week, the Minister of Agriculture, Blairo Maggi, affirmed that Interim President Michel Temer will send a message to the National Congress to propose the enabling the purchase of land by foreign entities. In the interview, Maggi affirmed that many companies have stopped their investments in Brazil because they can’t present the land title of the territory as warranties to foreign banks

The interim government argues that the change of law would promote the arrival of new investments. However, the measure is raising concern within popular movements, unions of rural workers and economists, who are warning about the loss of sovereignty and the difficulties they predict regarding the food supply for the Brazilian people.

“In the same sense as the interim Minister: if a company, a person, or a country owned 2 or 3 million cropped hectares and, from one year to the next, he decides not to plant those areas anymore simply due to financial calculations based on a cost/benefit relationship, that would cause a great impact on the country’s’ economy”, said Sergio Sauer, a Professor in the Post-graduate Programme on Environment and Rural Development at the University of Brasilia (UNB).

Contrary to the idea that suggests that this kind of measure could increase productivity, Sauer recalls that the sugar and alcohol agribusiness has already gone through an intense internationalisation in the production area, and productivity didn’t increase. He explained that “productivity didn’t increase because investors bought the existent capacity of the plants: the area just “changed hands” and —if I’m not mistaken— more than 60% of the production is in the hands of foreign or external capital”, he argued.

“This is the logic of great agribusiness, and it’s a clear example of loss of autonomy. Besides, in economic terms, in the market logic, promoting demand usually means raising prices. Therefore, lands became more expensive for both national and international investors and also for the execution of policies related to the Agrarian Reform. Apart from deepening dependency from international prices of commodities, that logic generates food insecurity because production is only destined towards soy exportation, for example, as Brazil has to import beans to satisfy the domestic demand”, added the UNB Professor.

According to the evaluation made by Guilherme Delgado, specialist in agrarian policies, “this has consequences of many kinds. Foreign legal entities who buy lands here are evidently purchasing assets, patrimony, stocks, with no commitment to production nor occupation.This depends on other decisions of investments that really exceed the foreign entities, which are usually pension funds, huge entities linked to big agribusiness chains”, he affirmed.

As the UNB Professor said, the country’s sovereignty is at stake, especially in the lands that are closer to the borders. “The land market all over the world is a market of national basis. It’s not internationalized because it’s linked to sovereignty. So, I see this situation with great concern. Also, legal and personal entities, both foreign and Brazilian, have no commitment to the social role of land”, he appreciated.

Temer has to support the sanctioning of the Bill 4059/2012, issued by the Agricultural, Provision and Development Commision of the Chamber of Deputies, composed mainly by representatives of the agribusiness’ interests.

The project bill is being treated as an urgent matter, but it was stopped since September last year. Until 1998, a 1971 law allowed companies that had its headquarters in Brazil to buy lands in the country. That year, the Federal Public Defender’s Office ruled that national and foreign companies could not be treated differently and freed up the purchasing of land.

This change had an immediate impact and millions of rents were sold to companies of foreign capital. Given the quick internationalization, a new order of the Public Defender’s Office in 2012 re-established the limits for this kind of properties.

“We, workers of the CONTAG [National Association of Agricultural Workers] are against [this modification] because it will have 3 consequences. The first one is that once they start to sell the land, and whatever is underneath it —natural resources—, national sovereignty is lost. The second consequence is related to the fact that Brazil is already one of the most unjust countries regarding land distribution. We have huge land concentration. This means that selling our lands with no limits would generate much more concentration. And the third is that this hardly hits the people because it’s going to make it even more difficult for us to achieve the Agrarian Reform, and prices could increase drastically”, explained the Head of the Contag, Alberto Ercilio Bloch.